People Are Pissed About Last Night's Game of Thrones

She married Ramsay Bolton, née Snow, and then suffered a sexual assault at his hands.

None of that happened in the books and many are furious that showrunners David Benioff and Dan Weiss invented another scene of defilement. 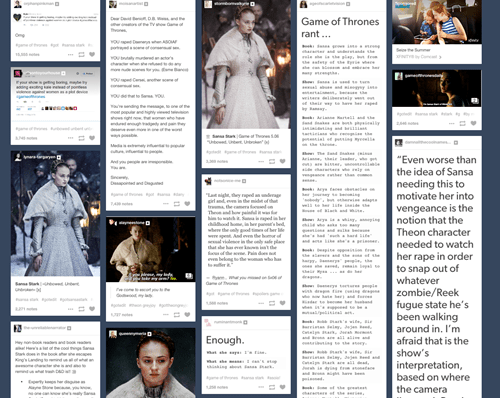 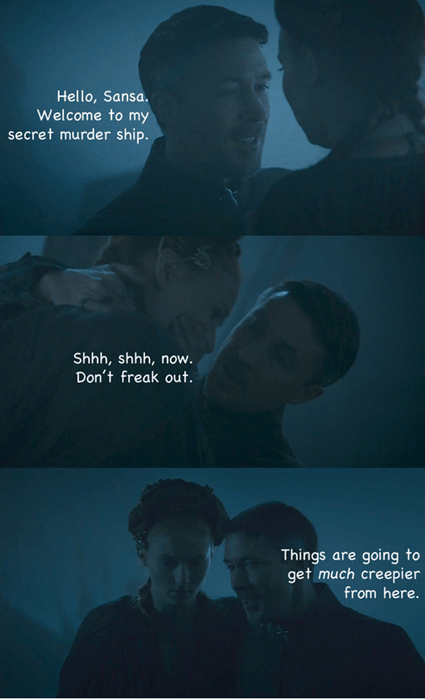 Here's Why That Brienne/Sansa Scene Was so Powerful

Conan and That Quick Wit, Though 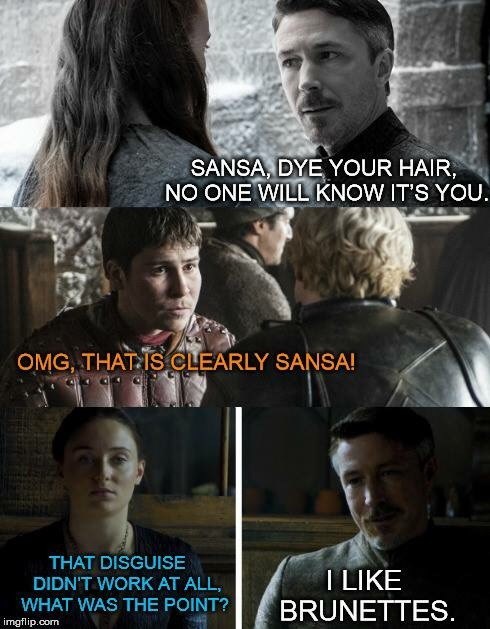 Sansa's Pushing Buttons All Over the Place 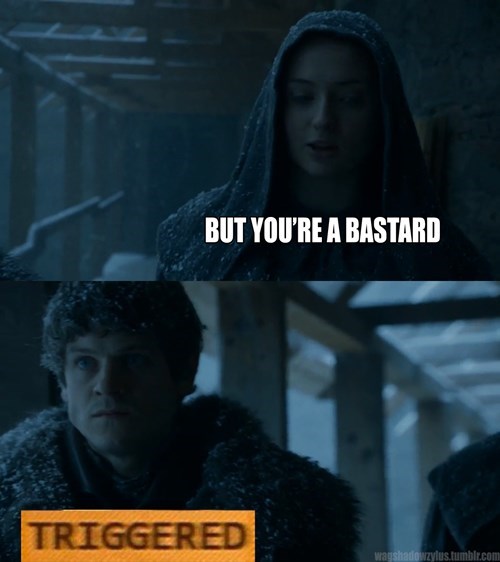 Dark Sansa's Got a New Catchphrase 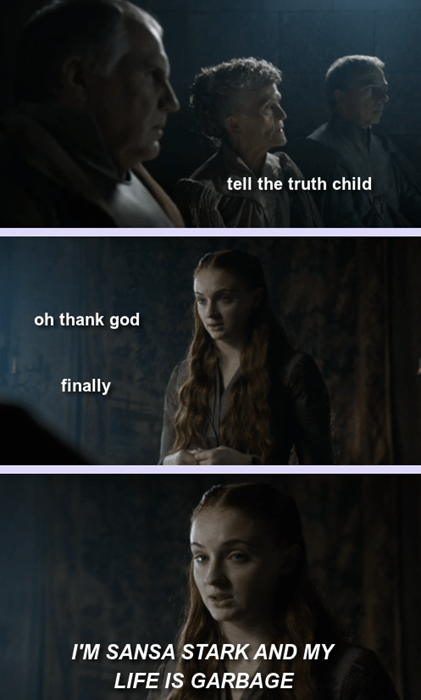 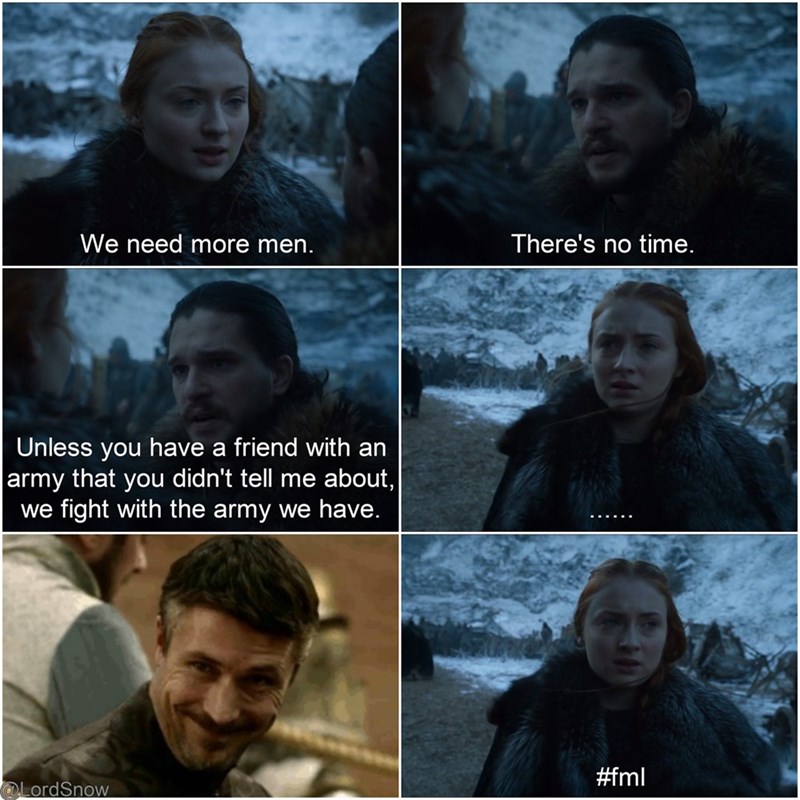 Throwing Shade Across the World 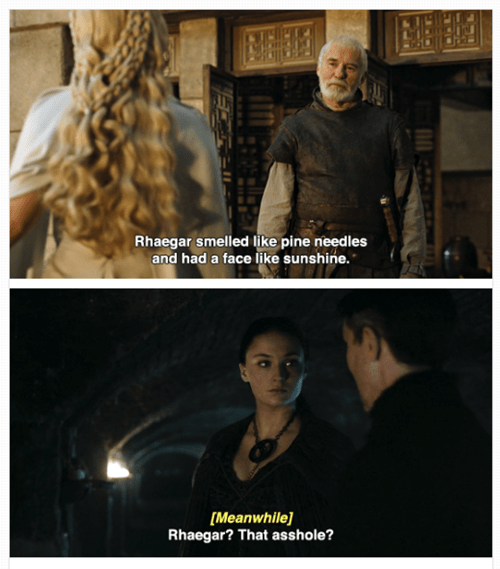 Game of Thrones as Clerks 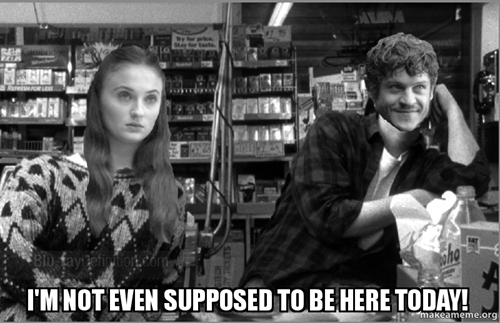 Oh, Right... Forgot About That Creep 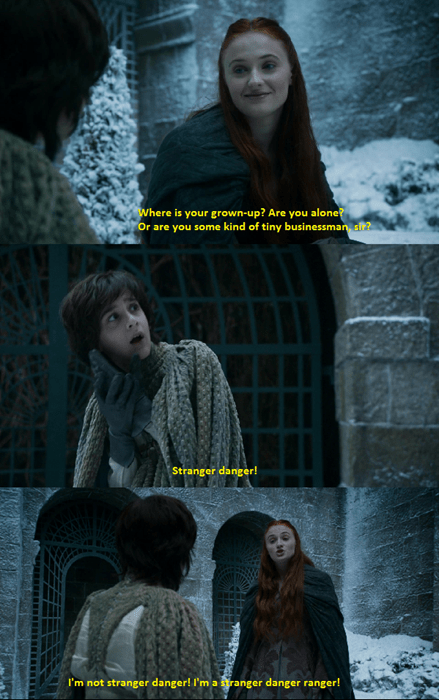 This great Tumblr mashes up Unbreakable Kimmy Schmidt and Game of Thrones to excellent affect. 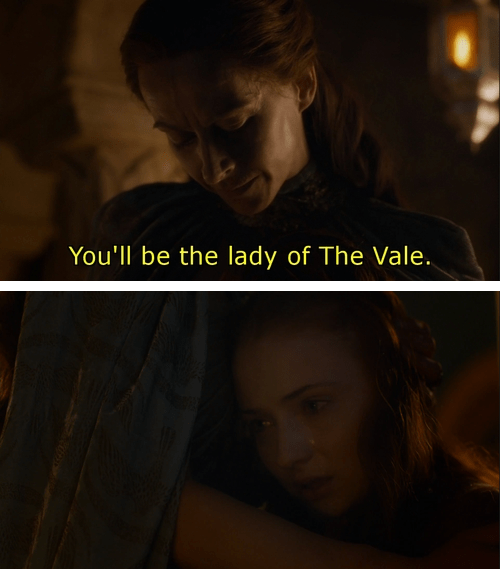