"Rick is not the father!" 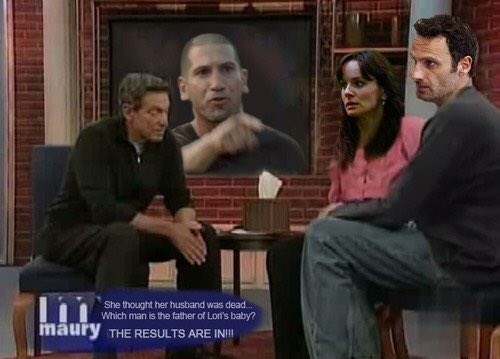 At Least He Didn't Pull His Throat Ripper Act 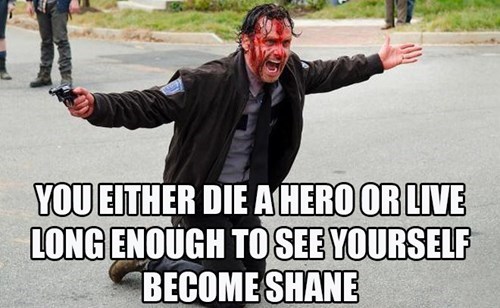 Now Stay In The House 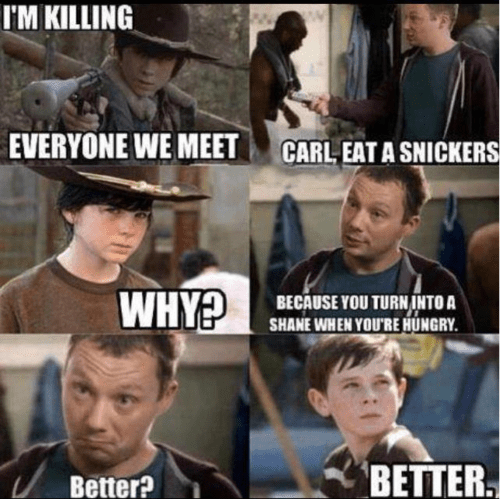 The Punisher is Coming to Daredevil Season 2 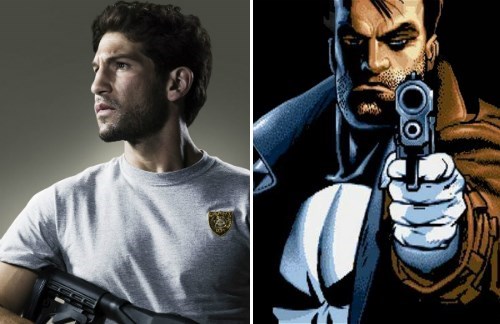 Marvel anti-hero, vigilante, and torture pr0n enthusiast, The Punisher is coming to the Netflix Original Series Daredevil in Season 2, and he's already been cast.

The Walking Dead alumnus, Jon Bernthal who played violent sociopath Shane, will take over as Frank Castle (so we know he'll do it perfectly). No word yet on whether he'll help or hinder the Devil of Hell's Kitchen, but chances are it'll be somewhere in the middle.

Still no word on classic Daredevil characters Elektra or Bullseye, but we're holding out hope. 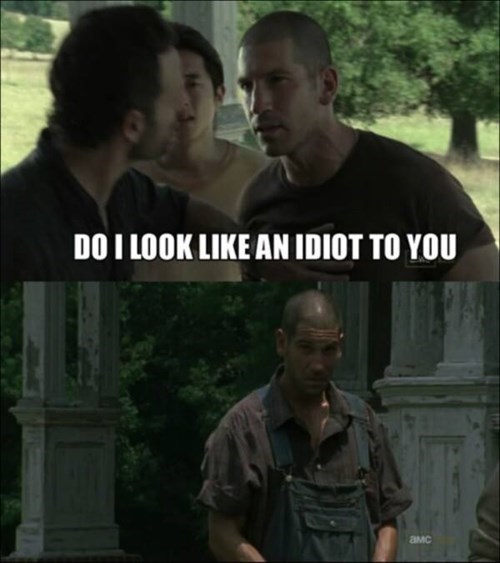 The Walking Dumb Ways to Die

Warning: This video contains some spoilers.

As Much As We Enjoy Comparing The Two 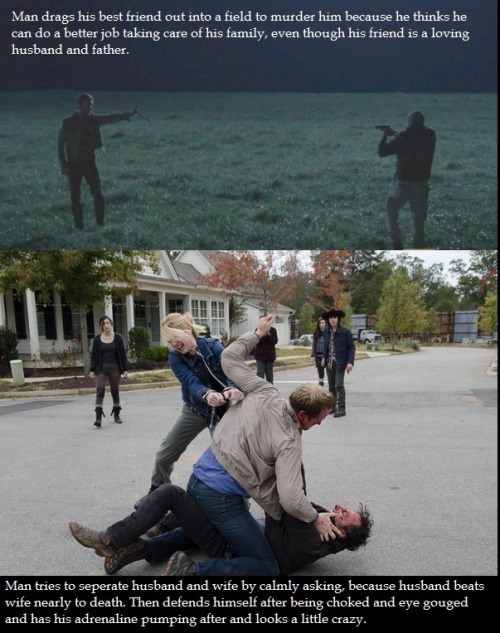 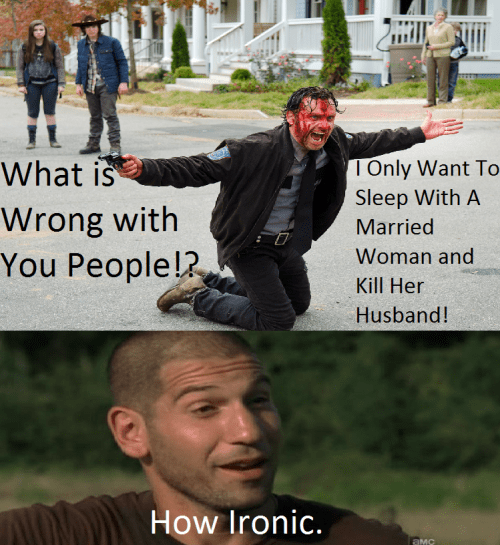 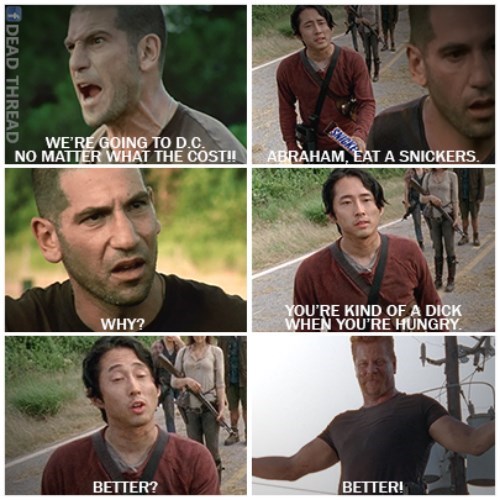 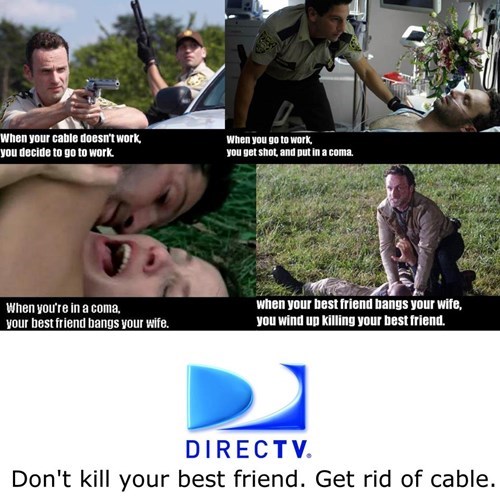 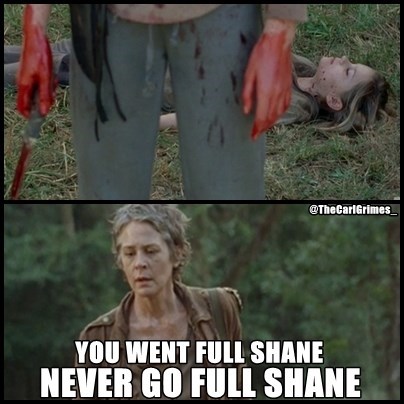 Shane Just Could Not Take a Hint 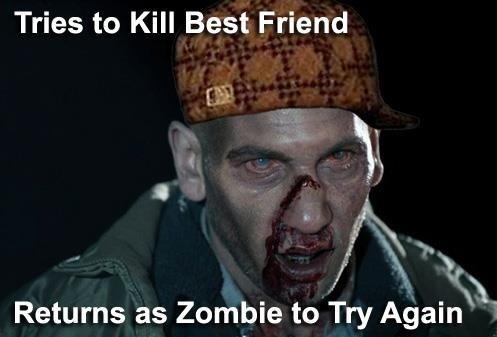 The Baddest Kid On The Cell Block 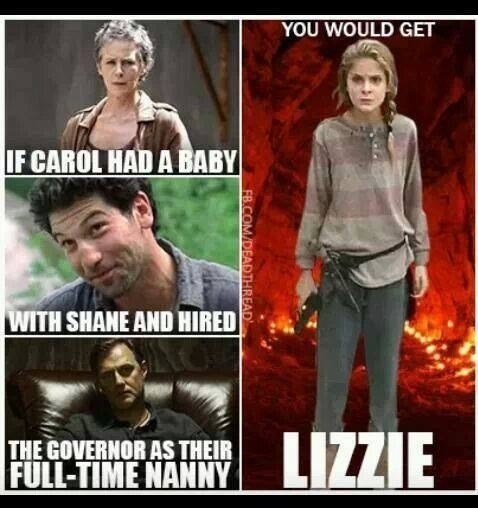 Well, formerly of the cell block

You Gotta Let It Heal 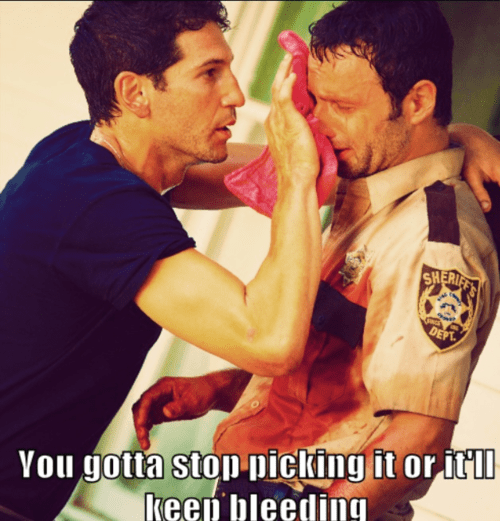 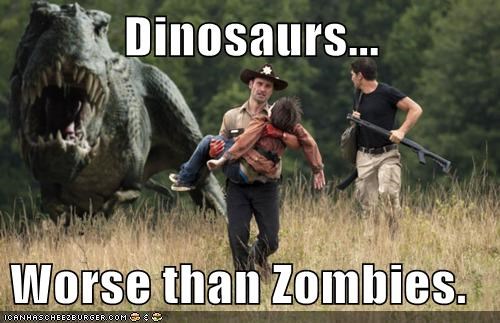 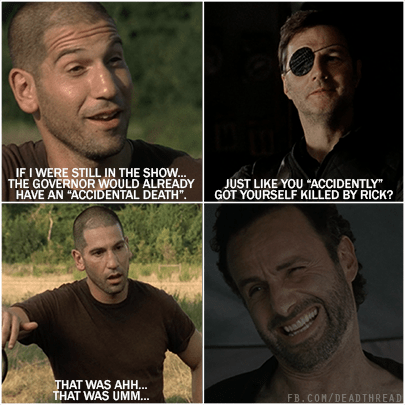 Fanart of the Day: All 32 NFL Teams Crossed With Star Wars