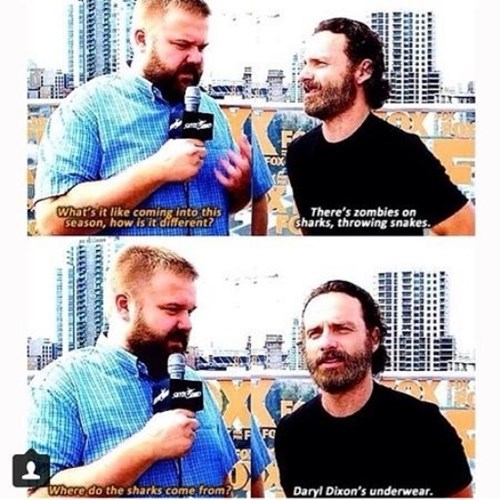 Better Get Some Protection 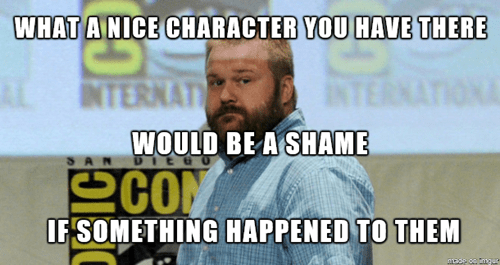 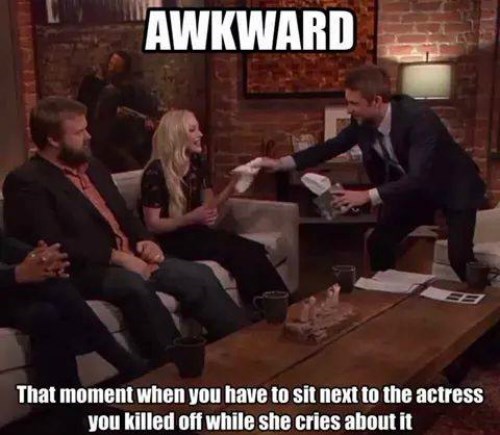 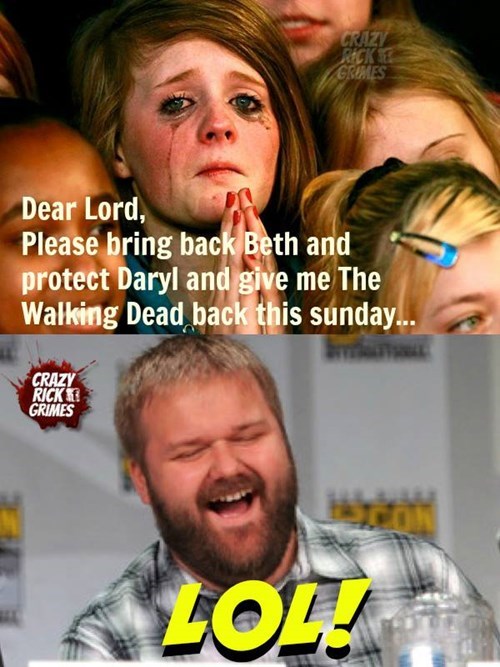 Fans Petitioning Against the Death of Beth Greene 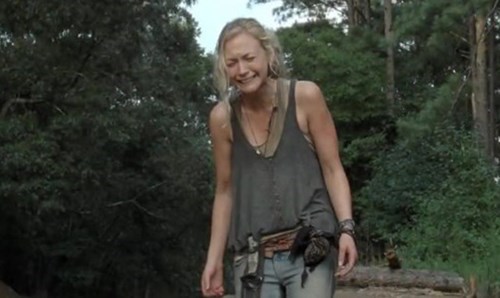 Fans of The Walking Dead started a petition on change.org to resurrect Beth Grimes, who died in the mid season finale. Their complaint:

Her death was far too soon and the writers threw away the potential of a perfectly good character. Her story wasn't over. Emily Kinney and her character don't deserve this. There was so much more to be done with her character and they chose to kill her in a disgusting, unsatifying death that caused more anger and dissapointment than shock and mourning. Beth was a symbol of hope that a lot of women could relate to and see themselves in (especially self-harmers who saw her as someone who overcame their suicidal/depressive feelings). By sloppily killing her it just shows that she was used to further a man's (Daryl's) storyline.

They argue that by killing Beth they created yet another Woman in a Refrigerator, it seems Robert Kirkman agrees. A Decade of The Walking Dead 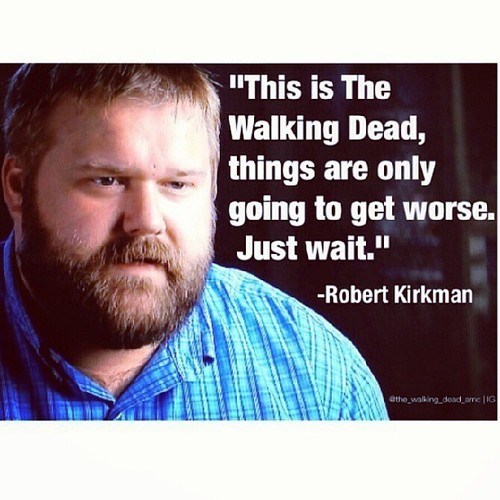 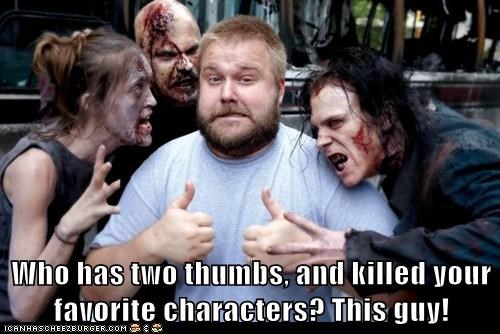 Don't watch the video above if you're anti-spoilers. In it, Robert Kirkman makes a joke about a main character death from The Walking Dead comic books that they've been hinting at all of Season 5. Also, Josh McDermitt (Eugene) is pretty funny.

Too bad he's not a scientist.

Robert Kirkman on 10 Years of 'The Walking Dead' 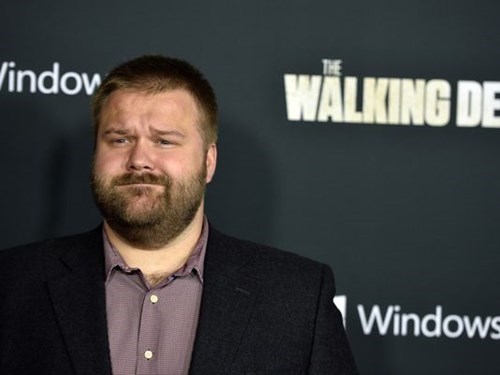 Robert Kirkman began The Walking Dead as a small independent comic series, but now ten years later, it has become the best selling comic of 2012 and potentially 2013. Read the full article, to see his thoughts on the franchise's meteoric rise and how it's affected his life. 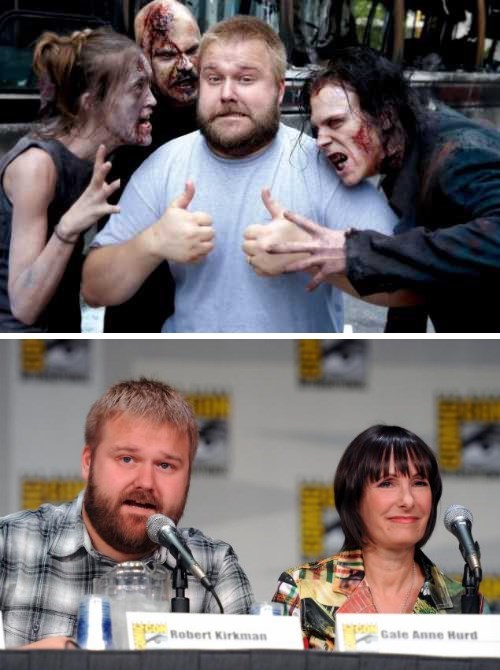 While we wait for Season 4 of the hit zombie drama The Walking Dead to return October 13th, AMC is making waves for the franchise's future by green lighting a spinoff series. The new show will take place in the same universe Robert Kirkman created in his popular graphic novels, but will reveal another perspective of the zombie apocalypse by shying away from Rick Grimes' ever shortening supply of survivors. Kirkman himself is set to join Walking Dead alum Gale Ann Hurd and David Alpert as an Executive producer. He says:

After 10 years of writing the comic book series and being so close to the debut of our fourth, and in my opinion, best season of the TV series, I couldn't be more thrilled about getting the chance to create a new corner of The Walking Dead universe. The opportunity to make a show that isn't tethered by the events of the comic book, and is truly a blank page, has set my creativity racing.

The new series is scheduled to begin sometime in the 2015 line-up. With the high quality of everything in the franchise, it's very exciting to see new IP emerging.

Walking Dead Lawsuit of the Day 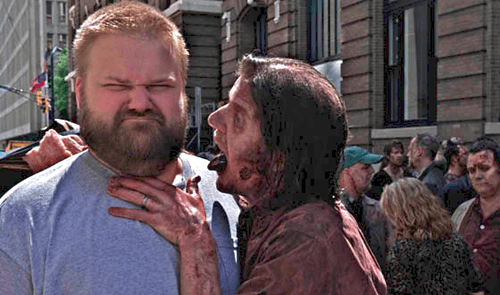 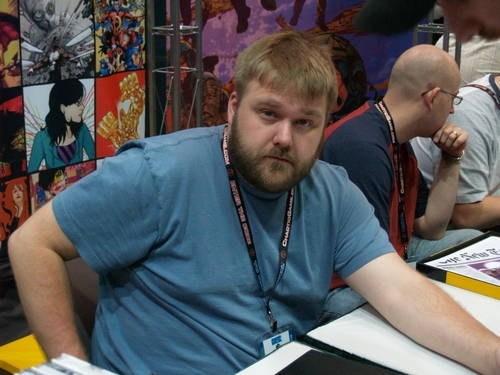