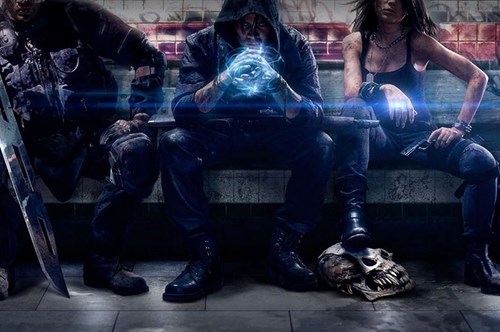 Having trouble placing exactly what this canceled game is?  Well, remember those confusing "you've been chosen" trailers from last year?

Shadow Realms was described as a "neverending" online action-RPG, announced just six months ago.  It showed promise as BioWare's first original IP in years, but it's been cut mainly because the development team's got too many other things to work on.  The announcement explains,

While the team did amazing work on the game concept and we got lots of great feedback from our fans at events and through other game testing, right now there are other projects for the team to work on within the BioWare studios for the coming year and beyond. We’ve got an incredibly talented team here at the Austin studio, and they are excited and already deep on new projects within the BioWare family, ones that will make some great BioWare games even better.

These include additional ongoing enhancements to the award-winning Dragon Age: Inquisition, as well as the next game in the Mass Effect series and other new IP.

Hopefully that other new IP they mention gives us something to look forward to.

The latest trailer for BioWare's Shadow Realms builds on what we've seen previously, but still doesn't tell us much. The official website, however, has some light to shed:

Shadow Realms has its genesis in old school Dungeons & Dragons.... It is a game that finally fulfills that fantasy of a never-ending RPG where the players meet up regularly to keep their epic adventures going for as long as they want. All the enemies, traps and challenges are squarely in the hands of another player, who controls them just like a Dungeon Master. The monsters and villains are smart and unpredictable, making every battle a test of strategy and power.

Get more info on the game here, or get a look at the gameplay below:

You can watch the previous teasers for this game, rumored to be called Shadow Realms here.

What do you think this game is about? Superpowers? Is it just Heroes, but spooky? Is it even spooky? WHO KNOWS.

You've Been Chosen to Get a Bunch of Phone Calls, I Guess