After ruminating on the idea, and the enormous fan reaction, regarding a Resident Evil 2 remake, Capcom declared the intention to develop the game with a YouTube video and a shirt reading "We Do It" Aug. 12.

Capcom's Producer for the title, Yoshiaki Hirabyashi a.k.a. H, from R&D Division 1, commented: "It's been great to see so many positive comments from fans that have pushed the project to get approved. The team here at Capcom Japan really appreciates fans' passion and support and will do our best to bring fans what they really want."

It's only been about a month since Capcom reached out to fans, asking why they wanted a remake so badly. That conversation must have gone well with the announcement from 'H'.

It was only earlier this year that Capcom released an HD remaster for the original Resident Evil and it sold 1 million copies already.

With such lukewarm receptions for the past two numbered games in the series, it looks like Capcom is just going back to the well for fresh inspiration. Let's just hope they don't run it dry.

See the Difference Between the Original and New Majora's Mask

Ready Your Body for Resident Evil in HD 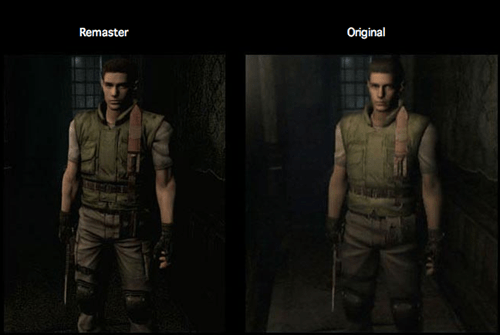 The original Resident Evil is getting remastered in HD, and is due out for Xbox One, PS4, and PC in early 2015. Check out the official site here.

Tell Us About How You Taught Aang Earthbending

If People Could Read Your Thoughts