Peta Pits Pokémon Against McDonald's in a New Parody Game

Play the game here here and let us know what you think.

Peta has this to say: "Our parody game is a fun way to tackle a serious issue - that it's wrong for Nintendo to allow McDonald's to lure kids in using its beloved, cute icons, when the reality is that Pokemon have been used to mask would horrify them."

According to a blurb from Pokémon Company president Tsunekazu Ishihara's upcoming television appearance on Japanese TV show NHK Professional: Shigoto no Ryuugi, there is a Pokémon game with Pikachu in development.

"This summer, Ishihara started development on a never before seen game," the description reads. "It's a new game featuring the very popular character Pikachu in a bold way. There is concern, however, that if it's bad the long loved character would lose popularity in the blink of an eye."

Could Pikachu ever really lose its popularity?

After the first three filler images the rest of the images are all spoilers! Beware! 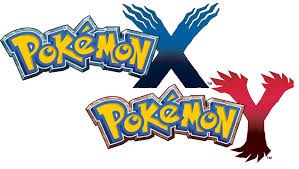 The Force Is Strong With These 39 Prequel Memes