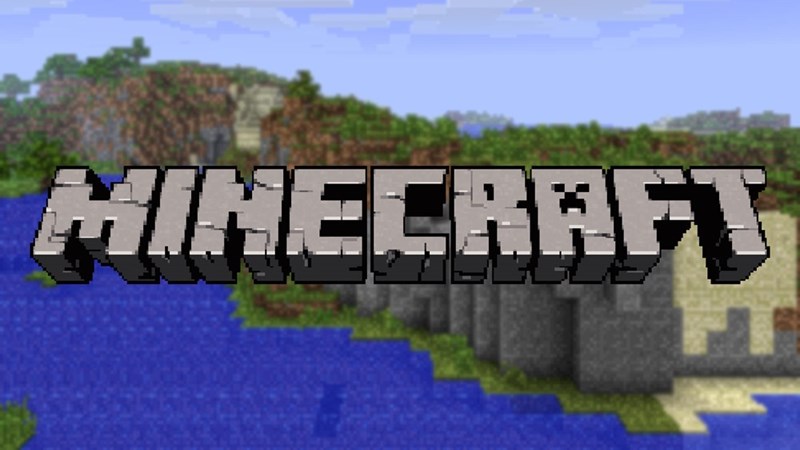 As the video game industry prepares for what could possibly be a massive shift in the medium, Time magazine revealed its cover story on virtual reality Aug. 6.

Unfortunately, many proponents of the new technology thought it disgraced the upcoming products and was counterproductive to get mainstream VR success.

The Internet just thought it was funny. 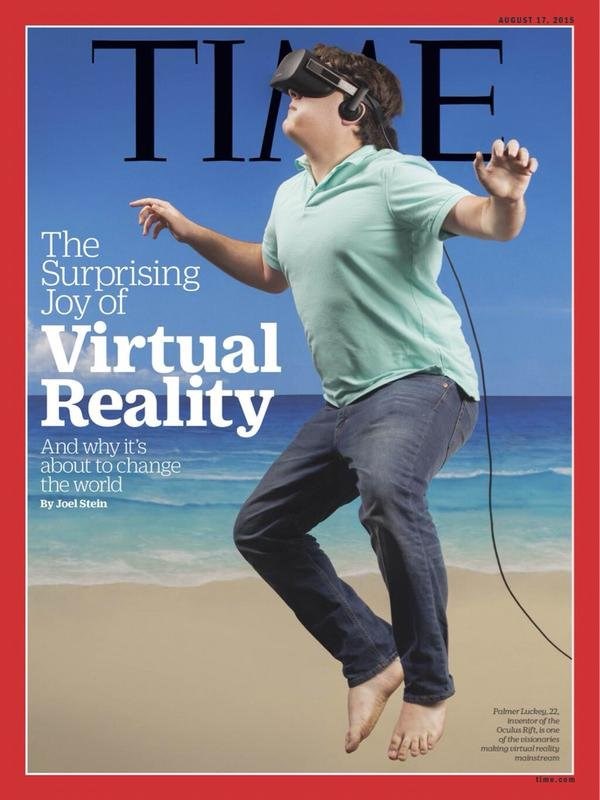 C'mon Guys, the Oculus Touch is Not for Naughty Stuff 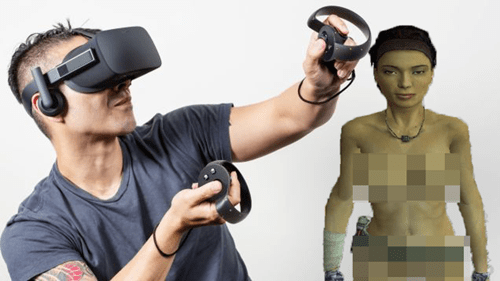 Kotaku reporter Nathan Grayson asked the question on everybody's mind (and other places): will the Oculus Rift feature pr0n?

Oculus CEO Brendan Iribe says no: "Our store is not gonna have VR pr0n on it.  It’s gonna be a curated environment where you can go and get great games. Parents can trust that their 13 and above year-olds can go in and get games. That’s what we’re focused on."

While you'll surely be able to find adult entertainment for your Oculus Rift, don't expect it in the official store.  Play some games, grossos.

The Oculus Rift is finally coming to consumers early next year, and included with it comes an Xbox One controller.  If that doesn't tickle your fancy, you may want to get your hands on their newly announced "Oculus Touch," a set of motion tracking controllers designed for 360-degrees of motion tracking equipped with a thumbstick, two buttons, a hand trigger, and an analog trigger. 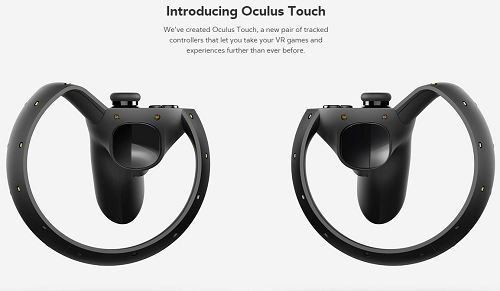 The Oculus Touch can detect input from all of your fingers, and features shaking haptic technology to let you "feel" the objects you're touching.  If you thought you looked like a huge nerd using the Oculus Rift before, just wait until you see yourself using these things too. 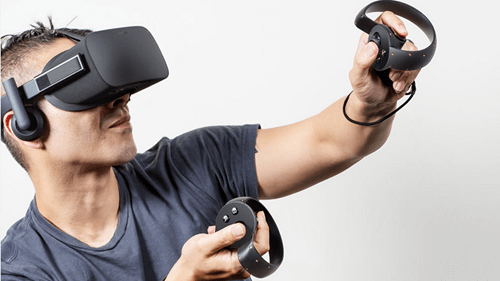 Attendees of E3 next week will get to try these controllers out in person, while the rest of us will have to wait to get our mitts on them until Q1 of next year.

Get Ready to Poop Your Pants Courtesy of ADR1FT 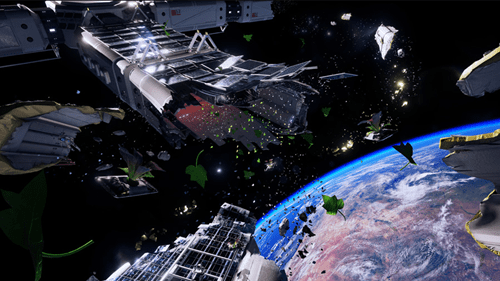 Fear aside, this first person astronaut in space simulator looks gorgeous.  Your task is to find out what happened aboard the now destroyed space station and repair an EEV to get home, finding and using supplies amongst the floating debris.

In addition to the wholly immersive Oculus experience, the game will also be released in 2D on PS4, Xbox One, and PC. 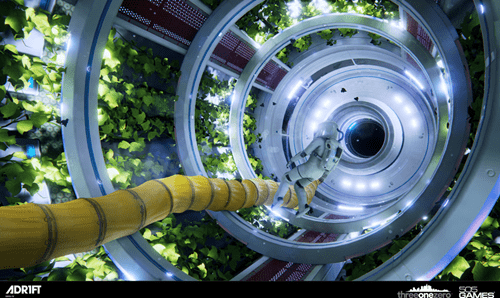 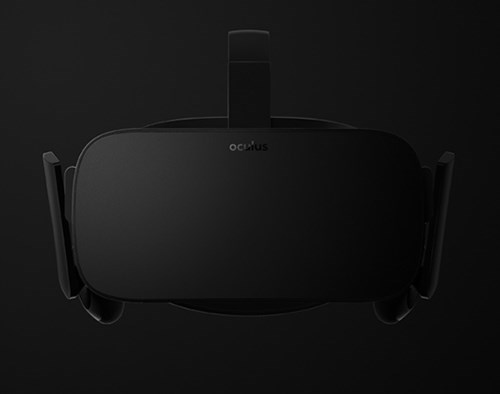 We've been waiting for this moment for years, y'all: Oculus Rift is to become commercially available for the first time early next year.

Boldly Become a Bird With This Oculus Rift Flight Simulator

Ever wondered what it's like to be a bird?  Now you can find out!  Birdly is a full body flight simulator that combines an Oculus Rift with sonic feedback and a fan for wind.  Nevermind that you look like a dork while using it, you can fly!

Oculus and Samsung are Working on Mobile VR 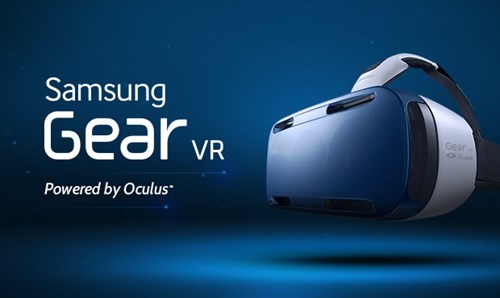 Over the last 12 months, we've been collaborating with Samsung on the future of mobile virtual reality. The project actually began as an experiment to see if great VR was possible on next-generation mobile hardware. Oculus CTO John Carmack and the mobile team at Oculus were able to blow everyone away in an extremely short amount of time, quickly proving that we were on to something special.

The culmination of that work is Gear VR Innovator Edition, an add-on to the new Samsung Galaxy Note 4, using the phone's GPU/CPU to power the device and the Quad HD low-persistence 5.7 inch 1440p AMOLED screen as the display. One of the best aspects of mobile VR is the completely untethered, easy-to-use experience: you connect the Note 4 to the headset, you put it on, and you're in. That level of accessibility, combined with Oculus software to easily launch and transition between VR applications without taking the headset off, really makes the experience magical.

The device is expected to have a first run some time this year. 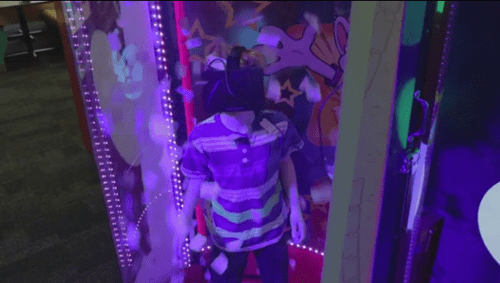 Chuck E. Cheese's Virtual Ticket Blaster Experience will utilize the Rift to let players grab as many tickets as they can in 360 degrees. Perhaps not the most exciting use of the technology, but if you live in Dallas, San Diego, or Orlando, you can give it a shot next month.

As cool as this Rift-based head motion controller is, it's hard to imagine anyone using it for anything that isn't totally inappropriate. Check out the OculusDrone in action above.

Oculus founder Palmer Luckey is answering angry questions on Reddit, and claims that all these changes are for the better. He says Facebook is on board with more open development, and that his team has "even more freedom than we had under our investment partners because Facebook is making a long term play on the success of VR, not short-term returns." Most importantly, he guarantees that you'll never have to log in to Facebook to use Oculus.

For The Solar Empire!

I'm in Love With Honor