Rayman's Ready for Adventure on Your Mobile Phone

It's no Rayman 4, but it's something!  Help Rayman find incrediball eggs in Rayman Adventures. The reveal trailer says it's "coming soon" but no official date or release window has been given. 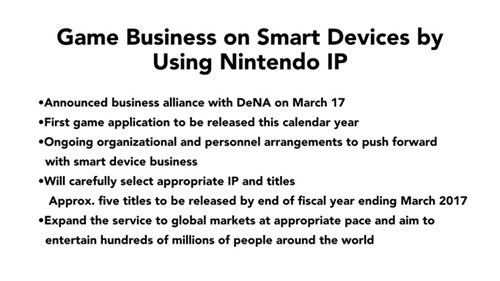 Nintendo has announced plans to produce five mobile games by March 2017 in partnership with DeNa.  They have not yet announced what games those will be, but you can be sure they won't be direct ports.  According to President Iwata, they anticipate direct ports being unsuccessful because they "would not match the play styles of smart devices, and the appropriate business models are different between the two, so we would not anticipate a great result."  Nintendo is hoping to acheive "significant results" in producing mobile games, so whatever they choose to do, it'll be a very deliberate decision. 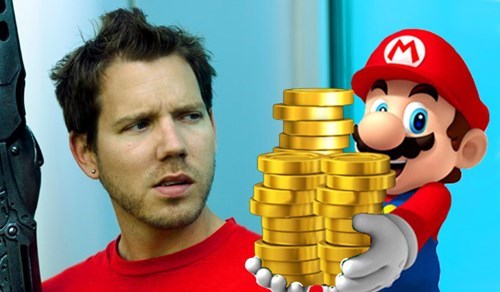 Cliff Bleszinski a.k.a. CliffyB a.k.a. the mastermind behind the Gears of War series took to Twitter to express his displeasure at Nintendo's announcement that they're jumping into the smartphone games market later this year. While seen by some as the logical progression into an ever-growing market, others were a bit more cynical about the decision, worrying that Nintendo might Candy Crush-ify themselves with lame microtransactions and P2W content. CliffyB was firmly in the "this sucks" camp, as he expressed on Tuesday:

@therealcliffyb Would you like to move our princess into this castle for 5000 gold coins? #NintendoGoesMobile

Hold on to Your Toad Hats: Nintendo to Produce Mobile Games 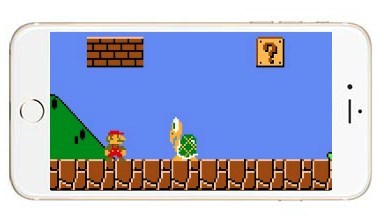 Nintendo has announced a partnership with Japanese mobile development company DeNA to create Nintendo games for mobile devices.  Previously, Nintendo has been averse to the mobile market, keeping its IP strictly on its own hardware.  According to Iwata,

Nintendo’s strength lies in, or our consumers see the most value in and are willing to pay money for, Nintendo IP, such as our software and characters, and we have been creating and nurturing them together with the history of home video game entertainment.

In order to flexibly deal with the developments of the Internet and social media as well as the changes in the people’s lifestyles, we will start strategic endeavors so that Nintendo can maximize the value of our IP that we have used primarily for our own dedicated game platforms.

Iwata says he doesn't know which Nintendo IP will be used in this new mobile venture, but they aren't ruling out anything.  However, Iwata does sound like he wants to remain focused on a few titles, rather than producing their whole catalog of games: "games on smart devices require ever-evolving services rather than just being a finished product.... People’s attention would only be dispersed if we simply increased the number of the titles we simultaneously released, and we could not expect to expand our business. Accordingly, we will narrow down the titles for development and operation to some extent."

DeNA will also be working with Nintendo to develop a new membership service to replace the now defunct Club Nintendo.

You can read the press release in full here.

The Pokémon Trading Card Game Comes Out for iPad Today

If you've been playing the desktop version, worry not; you can use a linked Pokémon Trainer Club account to keep playing on your iPad.


Download it from iTunes, or check out the desktop version. 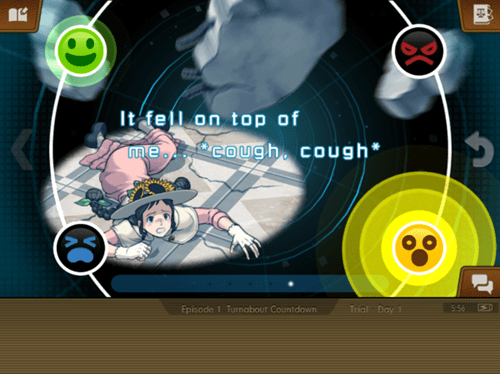 Phoenix Wright: Ace Attorney Dual Destinies has already appeared in the iOS App Store in Japan, and will be coming to North America and Europe soon in HD.

Have You Ever Wanted to be a Part of the Ministry of Silly Walks?

Now you can, without ever having to get up and walk anywhere! Check out this gameplay trailer for Monty Python's Ministry of Silly Walks for iOS and Android.

Now You Can Assassinate People While You're Waiting for the Bus

Hitman GO for iOS is out now, in case you wanted a Hitman mobile experience.

Cut the Rope is Coming to 3DS

Get all three Cut the Rope games for your 3DS starting March 25th.

The game will feature upgradable karts and characters with unique special powers in a fully rendered 3D world. Watch the trailer above.