Feast Your Eyes on This Shenmue III Trailer 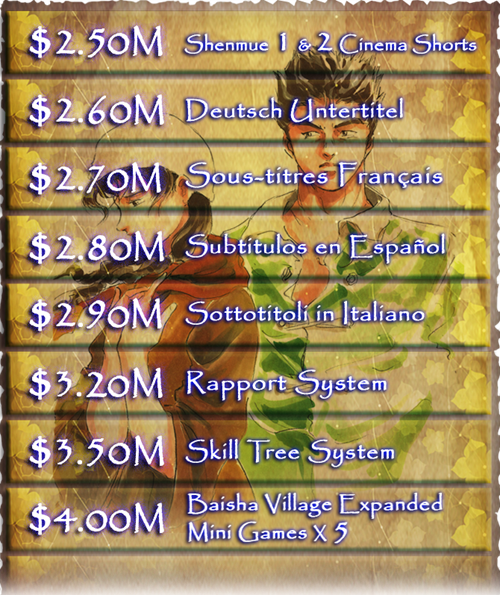 Last night's Sony conference at E3 announced Shenmue 3 was headed to Kickstarter.  At the time of this writing, the crowdfunding campaign has surpassed its $2 million goal, and has hit $2,414,146.  If you find that baffling, consider this: one $10,000 backer is going to receive the "original jacket worn by Masaya Matsukaze for all of the Shenmue press events 14 years ago" plus a special video message from Yu Suzuki.

That Spiritual Successor to Banjo-Kazooie? It's Called Yooka-Laylee and It's on Kickstarter

Meet Yooka and Laylee, the chameleon and the bat at the head of Playtonic Games' Yooka-Laylee.

Yooka uses his tongue as a grappling hook, while Laylee carries Yooka around on wings as the pair roll, jump, and fly to great adventures in this new platformer.

If you're feeling like you're having Banjo-Kazooie flashbacks looking at this, there's a reason for that; the game's developers are a group of former Rare employees who have come together at a new company of their own called Playtonic Games.  This is the studio's first game, and they've made no secret of the fact that they want it to be a "spiritual successor" to Banjo-Kazooie. Playtonic is taking their game to Kickstarter in order to get financial support from fans and make this game the best it can be. When funded, Yooka-Laylee will be released for PC, Mac, Linux, Xbox One, PlayStation 4, and Wii U. Part of the Kickstarter's goal is achieving simultaneous release for every platform, as well as co-op mode, multiplayer, extra bosses, and additional languages.


Shut up and take my money!

Help Toejam and Earl Come Back With Kickstarter 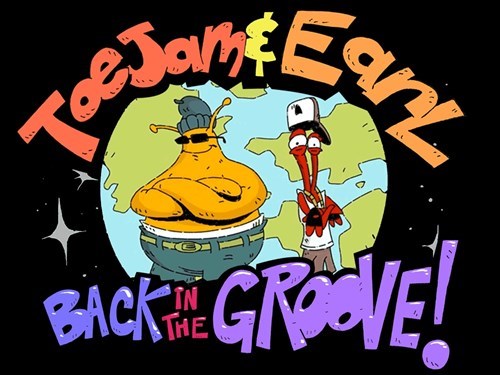 One of the game's original creators, Greg Johnson, is seeking funding on Kickstarter to bring back beloved funky 90s game Toejam and Earl.

The new game will be reminiscent of the first Toejam and Earl, with "fixed isometric camera, 2D sprites, simple controls, and an emphasis on coop play."  Development is currently focused only on PC, though the team hopes to expand that to more platforms in the future.

Check out the Kickstarter here.

Check Out Midora on Kickstarter

Ever Wanted to Fight a Player in a Boss Battle?

Giant vs Horde is a game that pits hundreds of fighter pilots against one human-controlled giant. The giant wears a motion capture suit and VR headset in order to fight the hundreds of players trying to take it down. Check out their Kickstarter video below:

Rescape lets you use advanced computer vision and specialized optics to turn your surroundings into a video game level. Check out their Kickstarter here.

Super Chibi Knight is a platformer hack n slash RPG created by a father and his 8 year old daughter. Who wouldn't want to support that? They're trying to raise just $6,000 via Kickstarter to make this game a reality. Check their Kickstarter page out here.

Check Out 'The Mandate' on Kickstarter 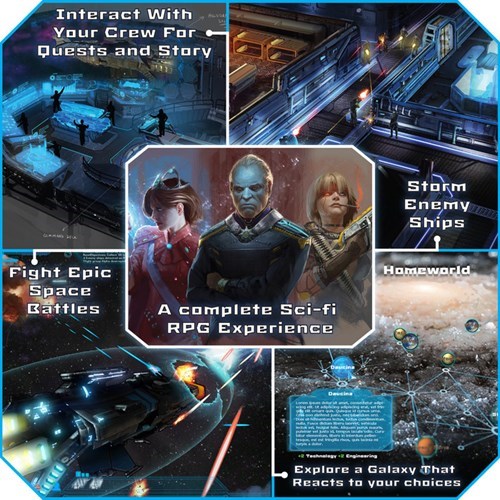 The Mandate is a SciFi RGP focusing on roleplaying as the captain of a spaceship. Get to know your crew, fight other ships, and explore a galaxy filled with 1500 years of lore.

The Kickstarter is half way to its goal with 13 days left. Want to learn more? Click here.

From the Creators of Myst 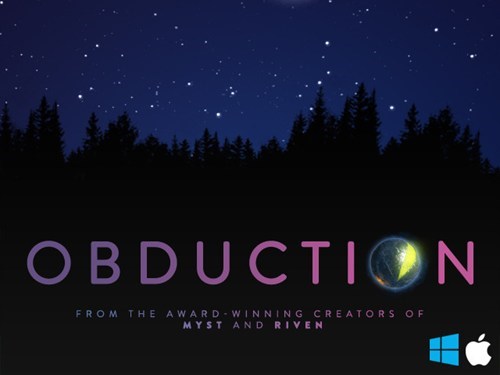 By Kazuo1G (Via Kickstarter)
Repost
Recaption

Obduction is a new game in development from Cyan, the original creators of 1993's CD-ROM game phenomenon of Myst. Their Kickstarter currently has TWO DAYS LEFT, and only have approx. $140,000 TO GO to complete their base funding. Their teaser story? You, the player, find a strange seed pod which whisks you away to a completely different place, with no foreknowledge of this new world, or any obvious way to get home. Your job? Find out what has happened, what the secret of this seed pod is, and try to find your way home. If you miss the 1990's style of click and point adventures, this game is for you!

Looking for an awesome new game for the Oculus that lets you solve puzzles and create your own spells? Check out this Kickstarter project!

Looking for a Cool New Kickstarter? Check Out Raindrop!

Raindrop is a surreal, environment driven, survival game that includes fully explorable levels with intuitive, complex puzzles. Revolving around a horror themed storyline, the chilling and breathtaking atmospheres will keep you inching around each corner while uncovering the hidden truth behind the complex and its inhabitants. Scavenge items to build objects in order to piece together complex puzzles, or dangerous death traps. Gather hints and schematics to unveil rewards and information. Survive both the haunting environment and your own battered sanity.