Peter Dinklage, Lena Headey, and Conan O'Brien Truly Are Clueless Gamers When It Comes to Overwatch

Pick up where you left off on Tuesday on PC, Mac, PS3, and PS4, on Wednesday on Xbox 360 and Xbox One and on Thursday on iOS.

Surprise! Episode 3 of Telltale's Game of Thrones is Out Tomorrow

Telltale's Teasing Us With Dragons! 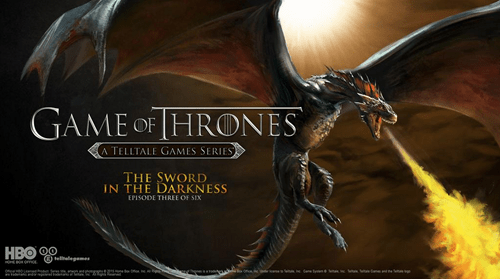 Telltale Games released this teaser image for episode 3 of their Game of Thrones series.  There be dragons!

Episode 2 of Tales From the Borderlands just came out, and it looks like episode 3 of GoT won't be far behind.  Are you ready for all this Telltale?

Telltale's Game of Thrones Gets Its Second Episode This Week

Get it on February 3rd on PlayStation, PC, and Mac; February 4th for Xbox; and February 5th on your mobile devices.

Episode 2 of Telltale's Game of Thrones is Coming in February

Episode two will be released on February 3rd for PlayStation, PC, and Mac, Feburary 4th for Xbox, and February 5th on mobile.

The Full Iron From Ice Trailer is Here

Telltale's Game of Thrones Game is Coming Next Week 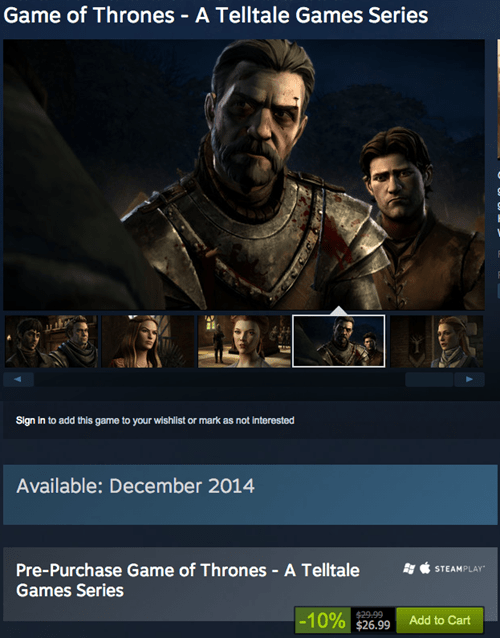 Still no release date, though the trailer claims it'll be soon. Winter is coming on December 21st, so hopefully it'll be before then. 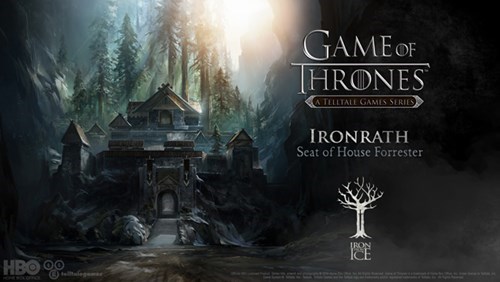 Game of Thrones - A Telltale Games Series tells the story of House Forrester. Caught up in the events of The War of the Five Kings, they are placed in a precarious position where members of the household must do everything they can to prevent the house from meeting its doom.

In the game, you'll play as five different members of the Forrester household, all of whom can affect the fate of the others. Though the Forresters haven't appeared in the HBO show, the family appears in George RR Martin's fifth Thrones novel, A Dance With Dragons and are loyal to House Stark. Season one will have six episodes.

Telltale Games Released a New Teaser for Game of Thrones

This new tease is in line with what we've learned in the past; the Telltale take on Game of Thrones will definitely take place in the North. This new teaser refers specifically to both the Greyjoys (Squids) and the Boltons (Flayed Men), and to the Wolfswood, which is the biggest forest in the North, all of which points to a part of the series the show hasn't yet gotten to. It's entirely likely that this game will take place concurrently with where the next season of the show will pick up during Stannis' struggle in the North. Thankfully, we shouldn't have to wait as long for the first episode of the game as we do the next season of the show.

Telltale's Game of Thrones is Coming Some Time in 2014 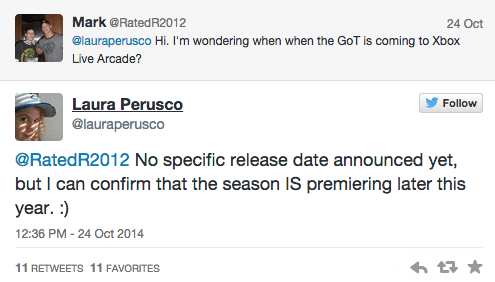 Winter is coming this winter (or sooner)! There's no official date, but PR rep for Telltale Laura Perusco tells us that the first episode of the game is coming before the year is up. Tales From the Borderlands is also expected to premiere during Q4 of 2014, so get ready to give all your money to Telltale this holiday season.

The clan names referenced are houses of the North, who have thusfar only a had passing appearance in the book series. It sounds as though we may be playing as a character from House Forrester, and that the name of the game itself may be "Iron From Ice."