Microsoft Announced a 'Fallout 4' Xbox One Bundle, Can Now Shut Up and Take Your Money

Well, Fallout fans, you're going to get a new option of how to play in the wasteland come launch day.

Microsoft announced on their newswire that a Fallout 4 bundle will come with the game's Nov. 10 release.

And today, we're thrilled to give fans the opportunity to "welcome home" the ultimate Fallout experience, with the Xbox One Fallout 4 Bundle, featuring a 1TB hard drive, the critically-acclaimed Fallout 4, and a full-game download of Fallout 3. Experience the next generation of open-world gaming from Bethesda Game Studios, the award-winning creators of Fallout 3 and Skyrim. Play and store more games than ever, including Fallout 3 and other Xbox 360 games, with the 1TB hard drive and Xbox One Backward Compatibility. And don't forget, Fallout 4 players will be able to play PC mods free, first on Xbox One.

The Xbox One Fallout 4 Bundle will be available in November for $399 USD. Check with your local retailer, including Microsoft stores, for details today.

Amazon is already taking preorders. So kiss them bucks goodbye. 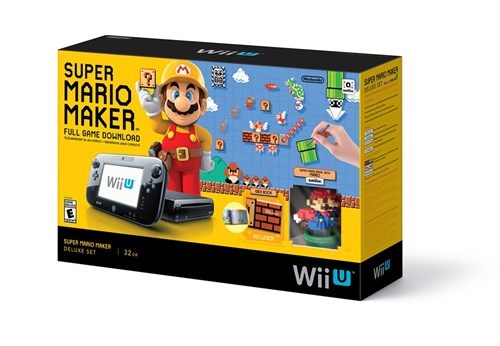 Get more info about the Pirate Bay bundle here.

If You Saw Either of These Guys at NYCC, You May Have Been Hanging With a Celebrity