Call This Number for a Hot(line Miami 2 Release) Date

Or, let me save you the trouble: among some other garbled words and a joke about a wrong number (get it, because the game is called Hotline Miami 2: Wrong Number? huehuehue), you'll hear March in the message, which alongside the extension number you never need to enter gives us a pretty good guess of March 10.  Mark your calendar!

Hotline Miami 2 Has Been Basically Banned in Australia, and the Developer Says Aussies Should "Just Pirate It" 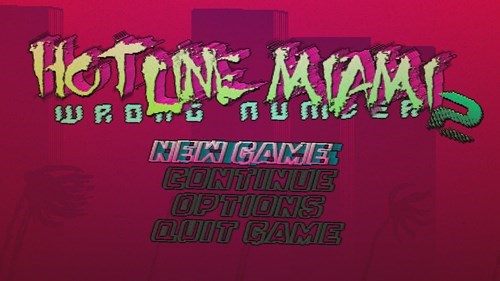 Now that the Australian Classification Board has refused classification for Hotline Miami 2 due to implied sexual violence, the game is essentially banned in Australia. Many fans are understandably bummed, but game developer Jonatan Söderström has a solution: "Just pirate it!"


Redditor FEED ME SMEGMA emailed the developer asking him for a way to get the game, and his response was pretty straight-forward: "If it ends up not being released in Australia, just pirate it after release." The email has been confirmed as real, legit, straight from the source, not photoshopped.