Head to the 50 minute mark to get to the game.

That Definitely is Link in the New Zelda Trailer 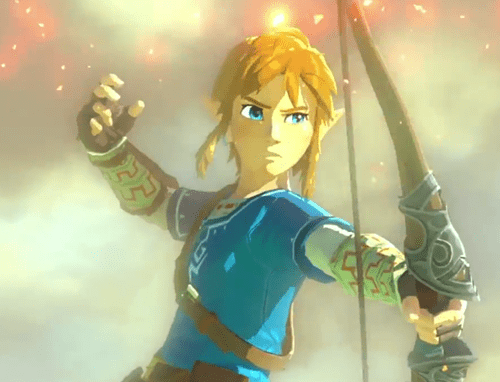 UPDATE: False alarm, everyone. Aonuma clarified to MMGN that he was kidding about that comment:

Actually that comment I made jokingly. It's not that I said that it wasn't Link. It's that I never said that it was Link. It's not really the same thing, but I can understand how it could be taken that way. It seems like it has kind of taken off where people are saying 'oh it's a female character' and it just kind of grew. But my intent in saying that [was humour]. You know, you have to show Link when you create a trailer for a Zelda announcement.

Get More In Depth Look at the New Smash Bros

Made by Intelligent Systems (Fire Emblem, Paper Mario), Code Name S.T.E.A.M. is to be released some time in 2015.

That Zelda U Footage Was the Real Deal 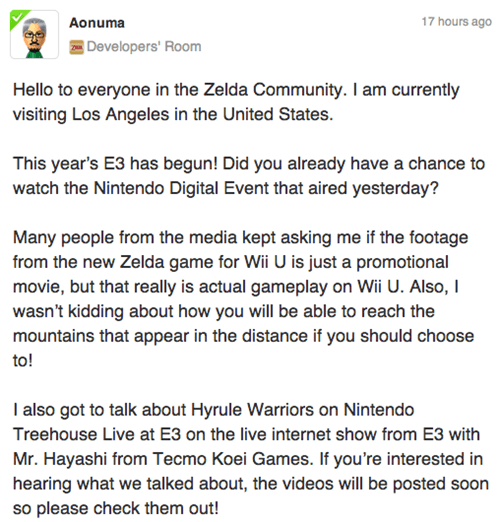 Creative Director of Assassin's Creed Unity, Alex Amancio said a female assassin character was originally planned, but was dropped due to resource constraints:

It's double the animations, it's double the voices, all that stuff and double the visual assets, especially because we have customizable assassins. It was really a lot of extra production work.

The animation director of Assassin's Creed 3, Jonathan Cooper responded to this statement on Twitter saying it would only a day or two of work, not the 8000 animations Amancio has claimed.


Head to 21:37 to hear what Amancio has to say for yourself. What do you think, is "more work" a reason to not have a female character? Do you care about gender representation in games?

Alien: Isolation Looks to be Living Up to Its Franchise

It Looks Like You Can Jump in the Witcher 3

Check out this gameplay demo from E3 above.

Take a Look at DOOM