Maisie Williams Shut Down a Sexist Headline With the Perfect Tweet

This Is a Chill Overwatch Victory Pose Though, Right? 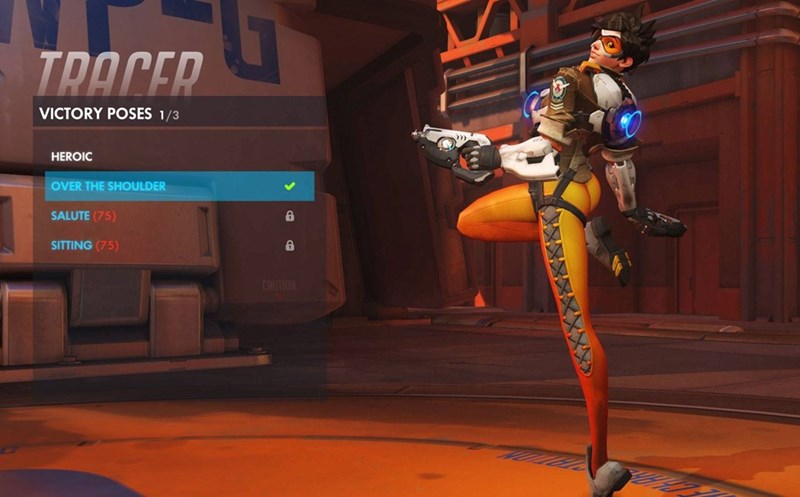 This criticism follows previous heat the Ghostbusters franchise was gathering from folks over four men being swapped for four women in the 2016 reboot.

See below for the contrast between the boys and girls Ghostbuster tees options---looks like the girls tees aren't quite 'Ghostbusters' caliber? 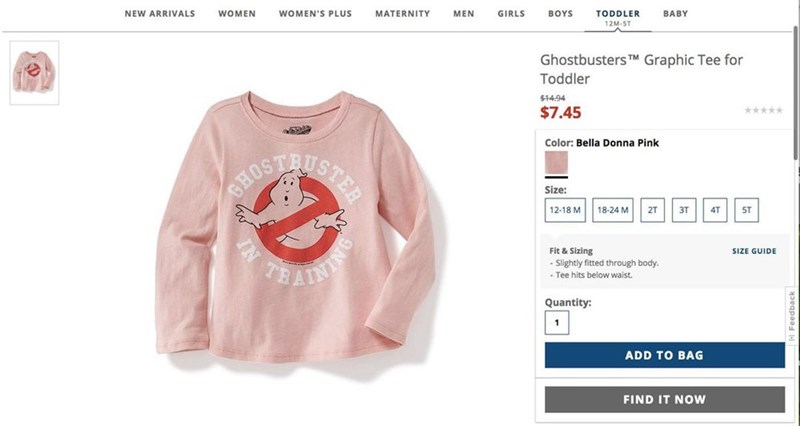 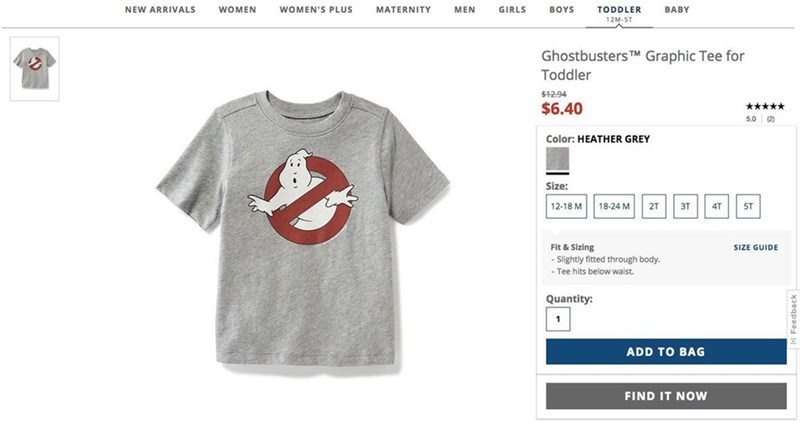 Want a T-Shirt With ALL of the Guardians of the Galaxy on It? You're Probably Out of Luck

Twitter-using mom @kristenrapp was shopping at The Children's Place when she made this discovery. 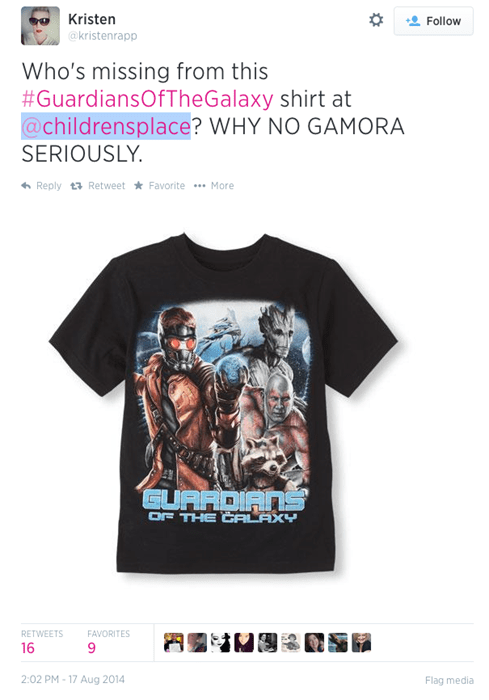 Last week The Guardian asked movie producer Yoshiaki Nishimura his thoughts on whether or not Studio Ghibli would employ a women director, and you could say his reply set off a barrage of outrage from various communities.

Will Ghibli ever employ a female director? “It depends on what kind of a film it would be. Unlike live action, with animation we have to simplify the real world. Women tend to be more realistic and manage day-to-day lives very well. Men on the other hand tend to be more idealistic – and fantasy films need that idealistic approach. I don’t think it’s a coincidence men are picked.”

Fortunately, Nishimuru was quick to recognize his mistake, and he took to Twitter a few different times to issue his apologies. Here's his apology translated, in full:

“I would like to apologize for what was proclaimed in a June 6 article in The Guardian. The article was based on an interview done in the U.K. on September 28, 2015, and sure enough, those are the things I said. First of all, I left Studio Ghibli in late 2014, and I not a Ghibli employee. I would like to apologize for making everyone who loves Ghibli feel unpleasant due to the misunderstanding that this was representative of Ghibli’s thinking. Secondly, as for the comment that men tend to be more idealistic and women tend to be more idealistic, that is a discriminatory, one-sided point of view, and I most certainly had that. I’ve reflected, and I have learned a lesson. Gender is not related to making movies. I am truly sorry.”

BYU student Rebecca Moore broke down six and a half series of Doctor Who by companion to determine the level of it's sexism. Read a more thorough interpretation here.

Peter Capaldi Speaks Out About Sexism in the Industry

In a recent interview with Evening Standard, current Doctor Peter Capaldi had this to say about how the industry treats his female costars:

It’s ridiculous that we get these old guys with young women draped round them. When I started Doctor Who and we were doing photoshoots we’d be asked if Jenna could just lie down there while I, you know” — he leaps up and acts out a young woman sprawled coquettishly about while he gets to stand and look powerful over her. “I had to say, ‘Look, that’s just not what we’re about. The relationship between my Doctor and his companion is one of deep love. But it’s a strange sort of platonic bond. It becomes clearer and more moving as this particular series goes on.

...Of course it’s sexist. Most of my peers have partners their age, so if we have a dinner party with a bunch of actors, the wives or partners are largely the same age. Then you see your friends on screen and they are suddenly with some extraordinary young lady who wouldn’t be at the dinner party. It’s ridiculous.

Good on you, Twelve!

All The Drama On The Avengers: Age of Ultron Press Junket

Marvel alumni, Jeremy Renner and Chris Evans are in hot water after an interview they gave on the Avengers: Age of Ultron press junket. When asked about the many relationships of the only female Avenger (Black Widow), they answered with something that many are describing as 'slut-shaming':

Must Be Her Time of the Bloodbend

In the clip below, Spider-Man stars and real life couple, Andrew Garfield and Emma Stone demonstrate the best way to handle the subtler side of sexism. Stone manages to challenge an idea without calling into question Garfield's character, and Garfield owns up to his own mistake.