If You're Still Harboring Bad Feelings Towards Snape, Watch His Story From Start to Finish 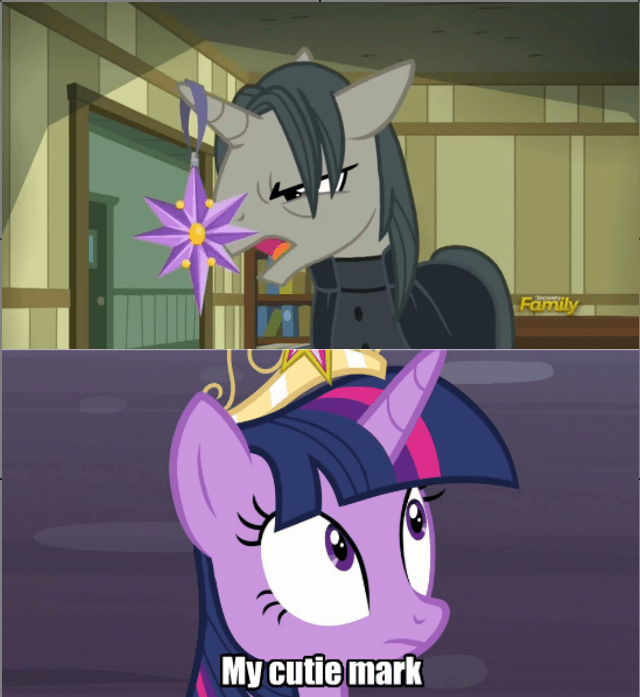 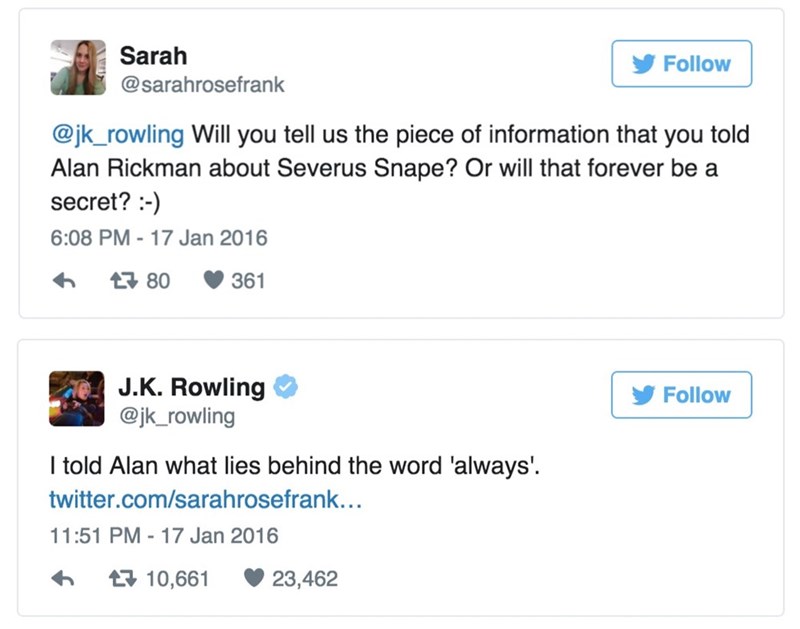 It's long been known that Alan Rickman knew Snape's secret before the rest of us, because JK Rowling told him and only him something about Snape's fate.

In fact, there were times this knowledge affected what happened on set: "a director would tell Alan what to do in a scene and he would say something like, 'No I can't do that – I know what is going to happen and you don't.'" But what exactly did Rowling tell him?

The meaning of the word "always."

You Know What Your Day Needs? Alan Rickman Saying Harry Potter on Helium 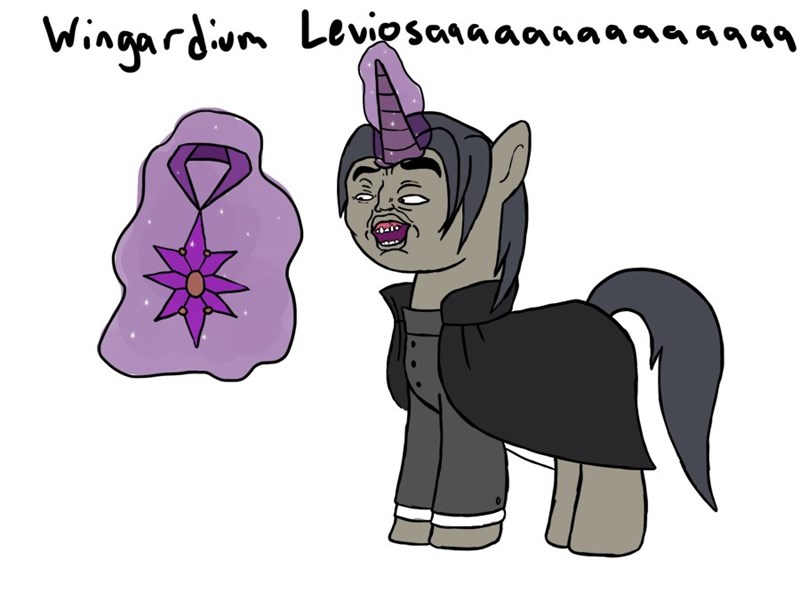 A Proper Welcome to Slytherin

Professor Snape would be so proud right now.

You Can't Just Do That, Severus!

Never the Wrong Time for Boops

Play Animal Crossing With Ur Horse

Cosplayer 'Enji' Has Some Amazing Costumes