Game of Thrones fans will recognize Lena Headey as the infamous Queen Cersei Lannister. She's cool, mean and also a little bit drunk most of the time. In other words, if she could convince her brother Jaime to leave her alone long enough, she would be the perfect contestant on The Bachelor. This video simply confirms it.

Jimmy Kimmel stars in this 'deleted scene' from the upcoming Batman v. Superman movie. They must have just cut this out for the trailer. What a shame, it probably would have been a very different movie if the superheroes were allowed to stop pretending they don't recognize each other out of costume.

And, of course Ben Affleck managed to sneak his bestie Matt Damon on the show. 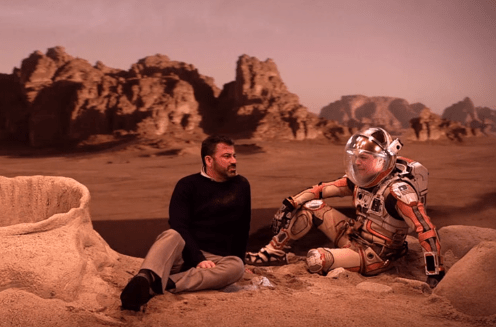 Jimmy Kimmel Caught a Lot of Heat for His YouTube Gaming Video, and He's Not Having It

No Jimmy, that's not how it works.

In case you missed his first video, watch it here.

Ross Marquand Should Get an Oscar for These Amazing Celeb Impressions

If you're not familiar with Ross, he plays Aaron on The Walking Dead.

And by "Theon Greyjoy and the Boltons" we of course mean Alfie Allen, Michael McElhatto, and Iwan Rheon. They also shared a clip of Theon and Sansa's escape, which we'll probably see in the season six premiere.

Paul Bettany Talks About JARVIS and The Vision In Avengers 2

Paul Bettany talks to Jimmy Kimmel about the transition to super-hero in next years Avengers: Age of Ultron 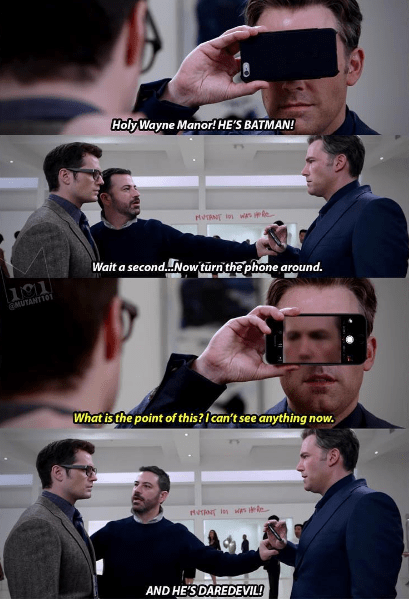 50 Cent is Changing the Fairytale Game

Today in Things I Never Wanted to See: JJ Abrams & Chewbacca Lady and the Tramp a Twizzler

If you haven't heard about this challenge, worry not; it's for a good cause, folks!  Much like the ice bucket challenge was to benefit ALS, the "Twizzler challenge" is done to raise awareness for Autism, and involves co-eating a Twizzler with a partner a la Lady and the Tramp.

Not gonna lie, ol' JJ Abrams looks like a pretty aggressive kisser based on this video.  And Chewie? What a stud! 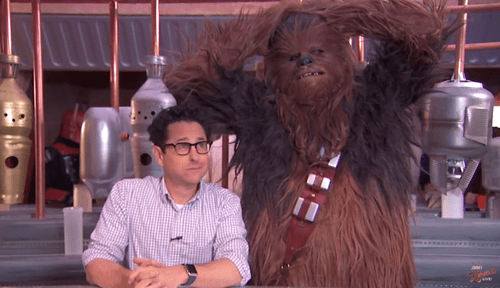 Before anyone out there goes jumping to conclusions, Portman's decision has nothing to do with the films' commonly laughed at reputation...but instead Portman really does wish she could show her son the prequels. In her interview Portman goes on to say:

“It’s kind of a shame. You know, when I made it, I was like...this is going to be the coolest thing. One day when I have kids, I can show them. And boys, of course, are obsessed with it and know all about it before they’ve seen it. I realized, I die in the movies. I feel like it’s kind of a scary thing to show your kid.”

A Throne Fit for A King