Watch the Cast React to the Purple Wedding

By the Perversion of Greyskull 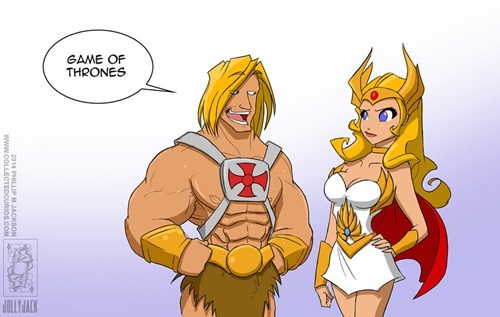 Oh Lysa, If Only There Was Someone Out There Who Loved You

This Week's Most Important Takeaway 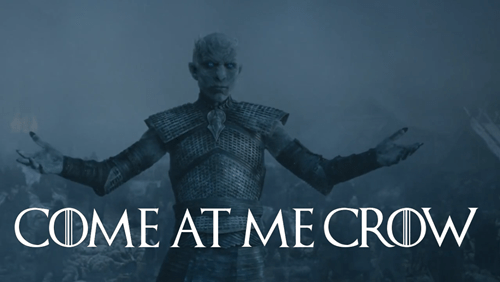 Have You Seen Tonight's Episode of Game of Thrones Yet?

If you have, come check out all the spoiler filled memes here (or click on Tyrion's face).  If you haven't yet seen it, stay back!  That page is dark and full of spoilers.

How You Been, Buddy? 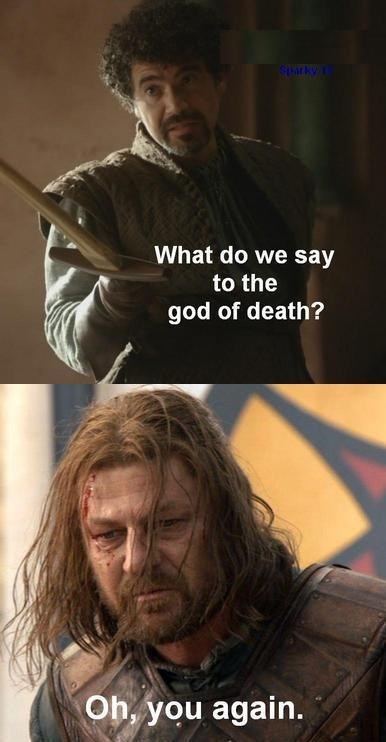 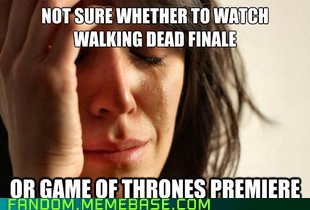 Prepare Yourself for the Full Coldplay Game of Thrones Musical

That headline is kind of a joke, because you can never be fully prepared for this.

Most of the cast gets together for this 12-minute series of songs, inside jokes and surprises in the name of Red Nose Day. 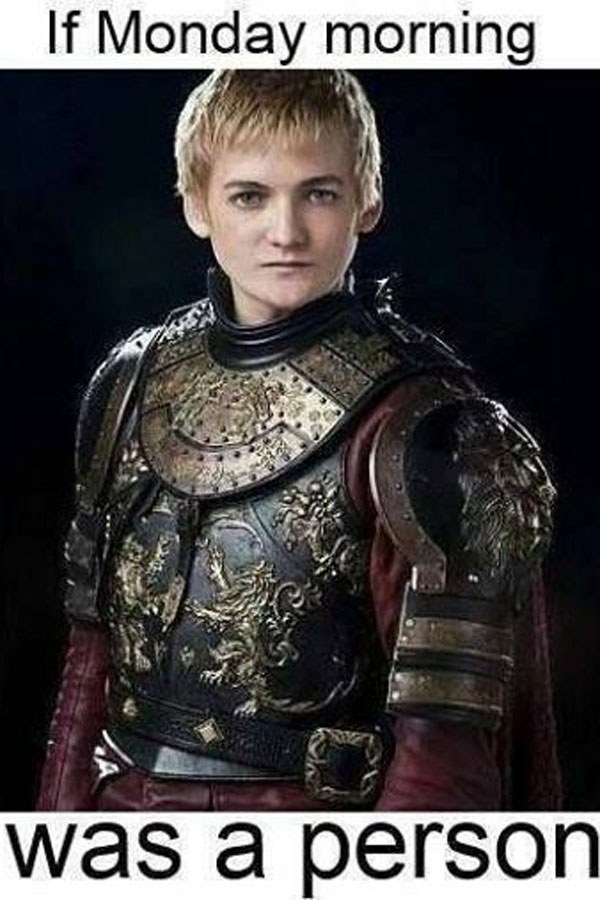 Stannis Is Also Fuhrer of the Grammar Nazis 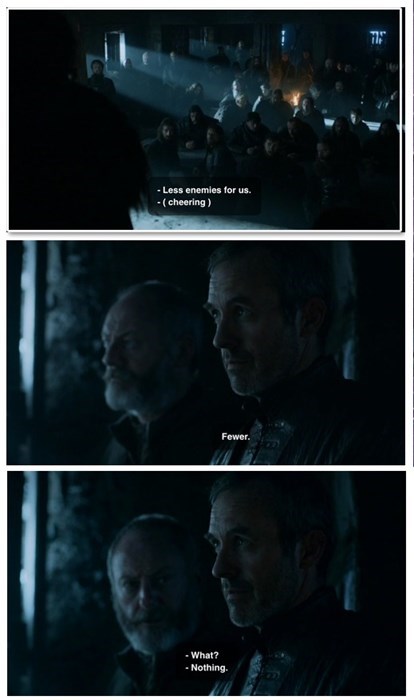 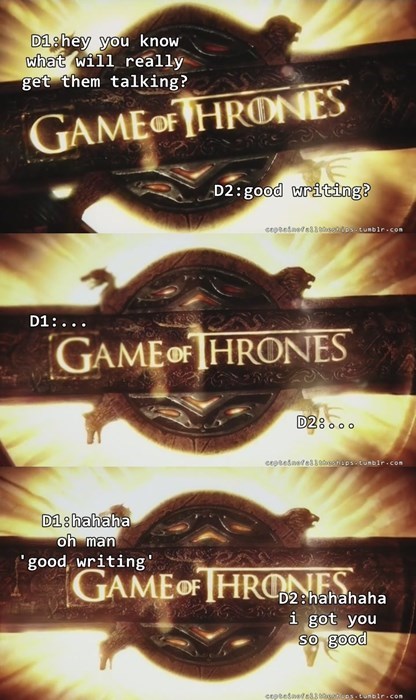 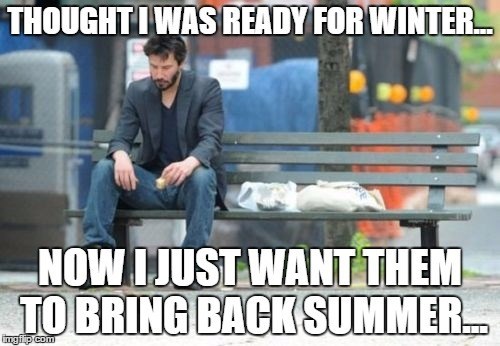 The Game of Thrones Cast: Then and Now

However, we are now glad that we learned these things. 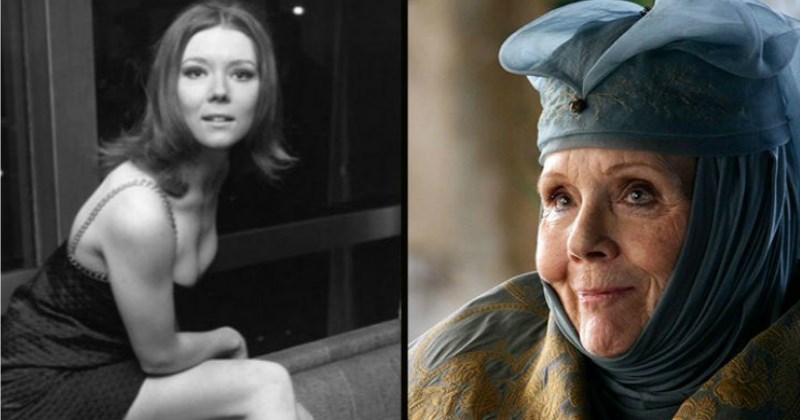 If It's Any Consolation, The Actress is 26 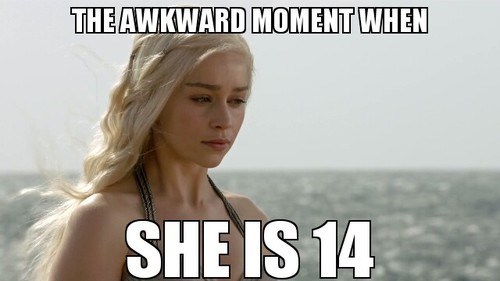 GRRM Admits Winds of Winter Could Have Been Done Ages Ago, He Just Got Sidetracked 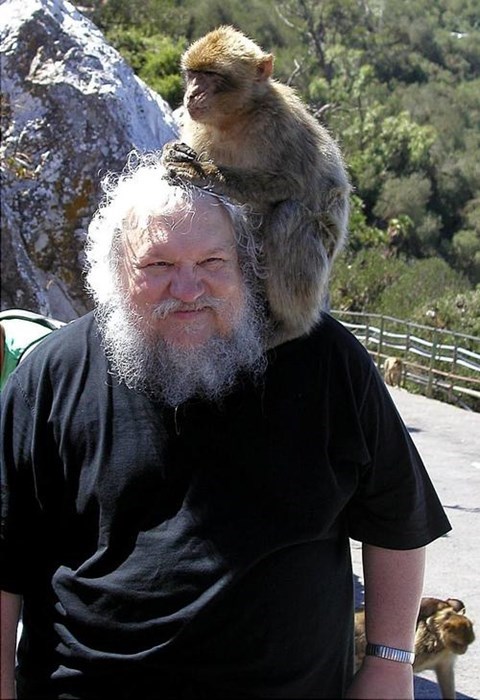 In an interview with EW, George RR Martin reveals his one regret with regards to A Song of Ice and Fire: not writing Winds of Winter sooner.  After having just finished A Dance With Dragons in 2011, Martin says he was writng Winds of Winter, and writing quickly, but he ran out of steam:

I was red hot on the book and I put it aside for six months.  I was so into it. I was pushing so hard that I was writing very well. I should have just gone on from there, because I was so into it and it was moving so fast then. But I didn’t because I had to switch gears into the editing phase and then the book tour. The iron does cool off, for me especially.

DON'T SAY THINGS LIKE THAT, GEORGE.  You'll only fuel my waiting-rage!

Martin is now concerned with getting the book out before season 6 of the show begins, though he hopes to be finished by the end of this year and has canceled convention appearances to give himself the time to do so.  He also teased that he's come up with an entirely new plot twist that he'd never considered before that would have a major effect on a character:

I’m still weighing whether to go that direction or not. It’s a great twist. It’s easy to do things that are shocking or unexpected, but they have to grow out of characters. They have to grow out of situations. Otherwise, it’s just being shocking for being shocking. But this is something that seems very organic and natural, and I could see how it would happen. And with the various three, four characters involved… it all makes sense. But it’s nothing I’ve ever thought of before. And it’s nothing they can do in the show, because the show has already—on this particular character—made a couple decisions that will preclude it, where in my case I have not made those decisions.

I've read all the books, and to be honest, I have no idea who he could be talking about, but consider me terrified.