You Will Find a Shiny Carvanha Before You Find a Feebas 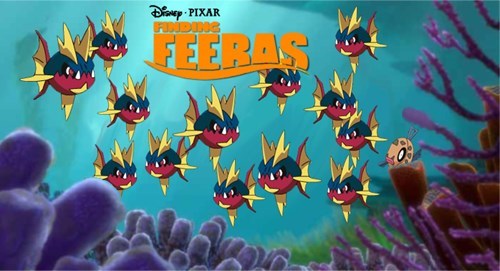 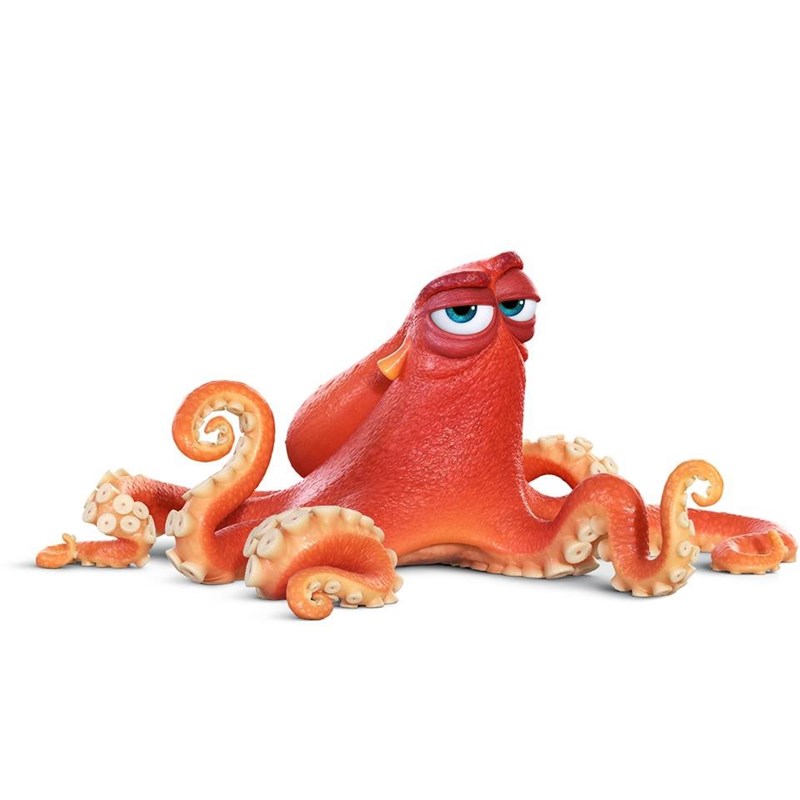 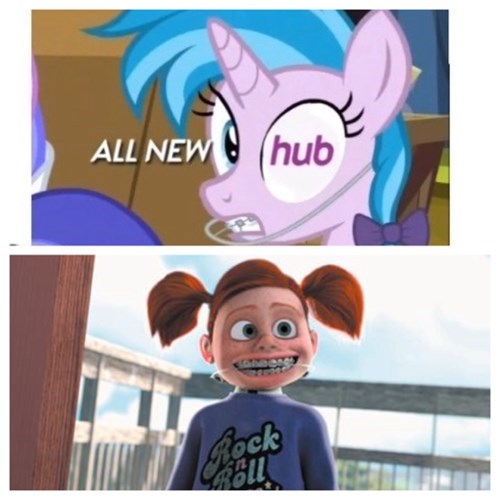 By that_cool_nerd_js (Via Cheezburger for iOS)
Repost
Recaption

I Don't Want To Forget 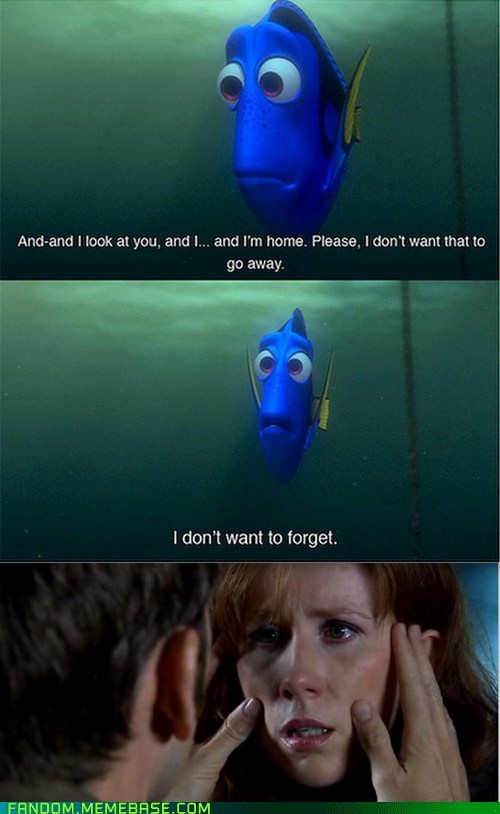 Why do I do this to my feels?

Nemo's Having None of Your Romance

Whenever Someone Questions My Love for Pixar, I Do This 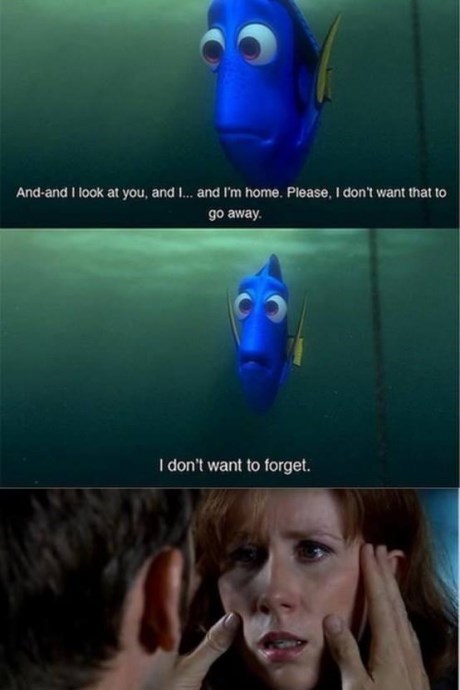 Someone Played the Preview for the R-Rated, Gross-Out CG Film 'Sausage Party' Before 'Finding Dory' and People Are PISSED 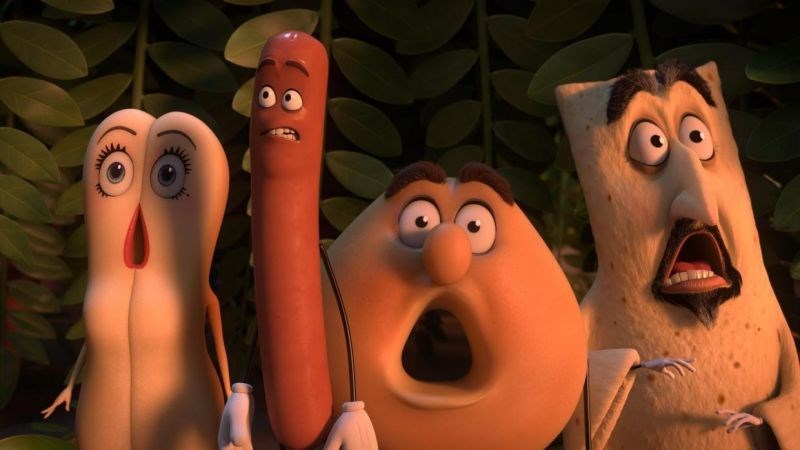 The theater chain’s VP of operations, Walter Eichinger released the following statement in response to the backlash, to the East Bay Times:

Playing that trailer was a one-time honest mistake by a theater manager moving screens around in effort to accommodate several large last-minute groups wanting to see Dory,” 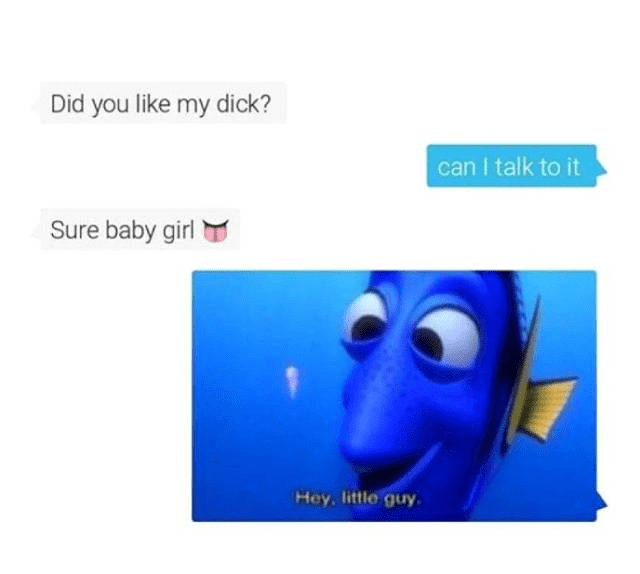