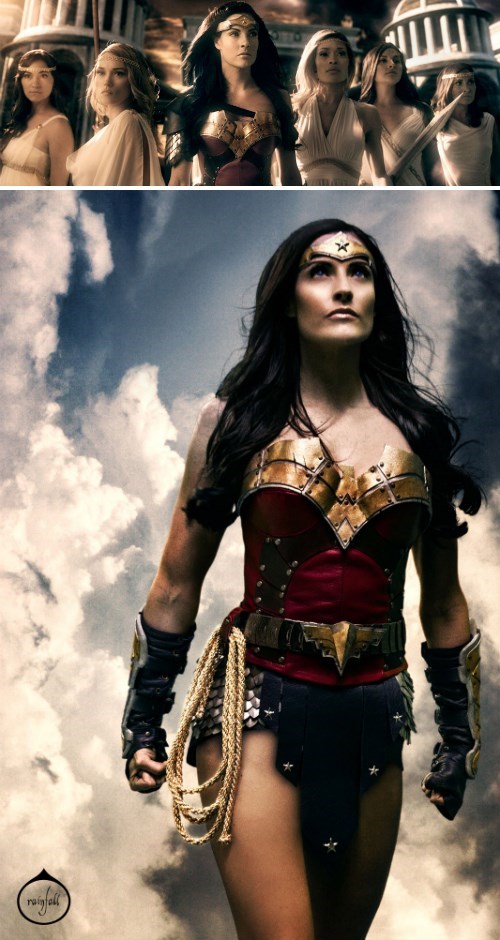 This fan short film announced at Comic Con will premiere Sept 30th. Joss Whedon couldn't get it together, but these guys did.

After being trapped for 30 years in the Great Pit of Carkoon, infamous bounty hunter Boba Fett makes a death defying escape and finds himself fighting alongside the Rebellion to establish a New Republic.

I Always Out Roughs 'Em

I was really excited about this until exactly six minutes in. Things got a little, shall we say, non canonical. But maybe I'm the only one who wasn't a fan of their additions? Let us know what you think in the comments!

Why Couldn't This Be the Riddler

Batman vs Alien vs Predator

The Battle of Titans

Eric Zala and Chris Strompolos are two best friends who recreated Raiders of the Lost Ark over the course of seven years. The pair started when they were 11 and 12 years old, but didn't finish the project until they were 19.

Amazingly, since they started this project in 1982, they couldn't get a copy of the script of the film, or even get it on VHS, so they started the whole thing from memory, having seen the film twice in theaters. Unfortunately, they had to leave out the airplane scene because they didn't want it to look "cheesy" when it blew up (okay guys, sure). 30 years later they were able to revisit the scene through the power of Kickstarter, and their film is now truly finished.


The video above is a trailer for a documentary about their story that will be shown at this year's SXSW festival.  They were also featured in Vice's American Obsessions series, shown below:

Next time you feel like maybe your obession with something has gone too far, remember these guys (and maybe make a fan film of your own?).
Comments
Cartoons & Anime
Favorite

This DBZ Fan Film is Better Than Evolution Will Ever Be