Stray Away From the Dark Side, Bruce Wayne! 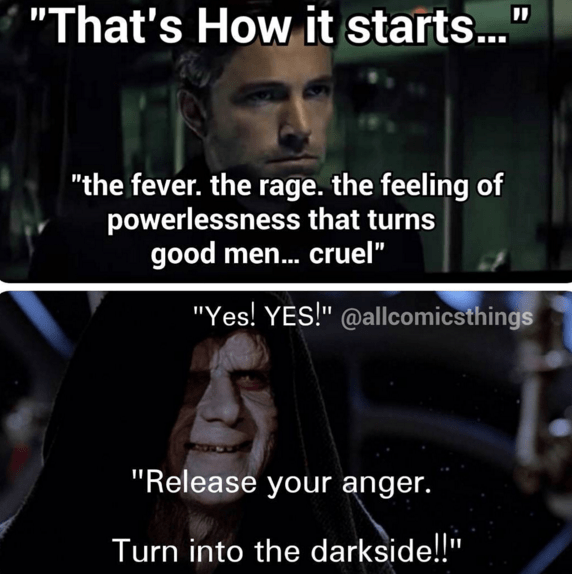 Does That Mean Superman Has a Bottomless Bank Account? 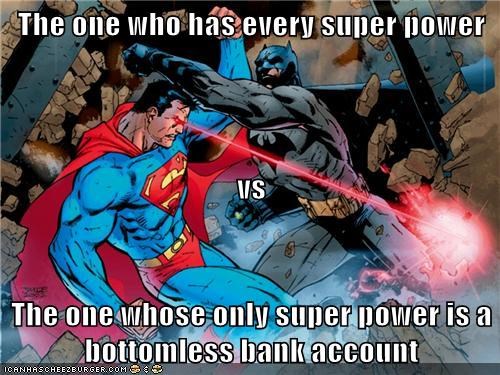 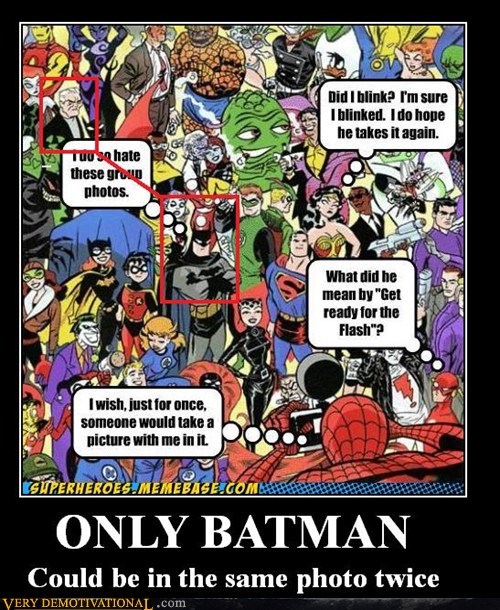 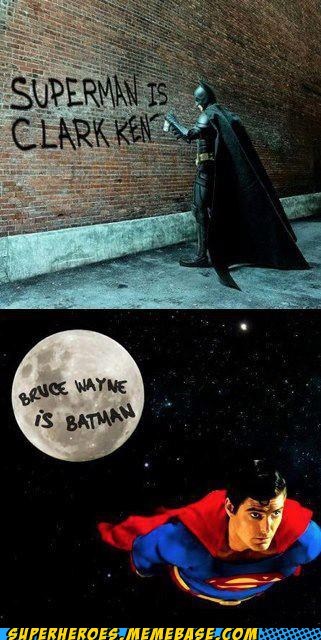 They Know Too Much! 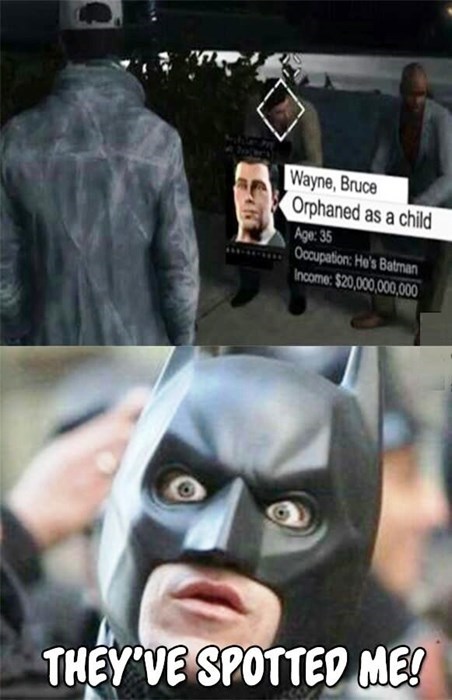 Bruce Is Terrible With Money 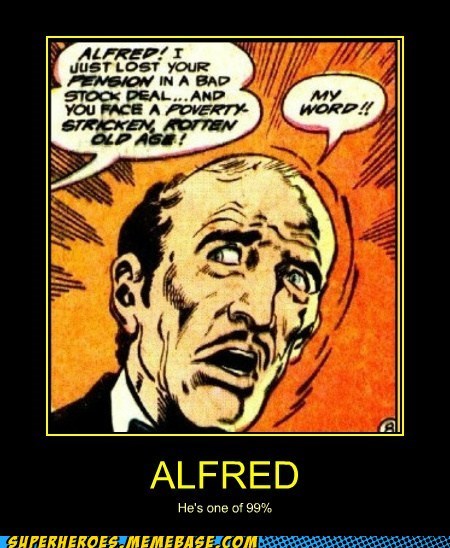 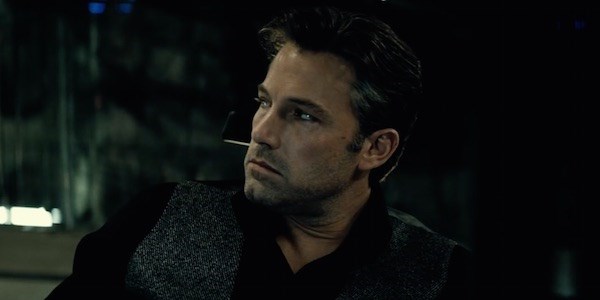 Do Not Try This 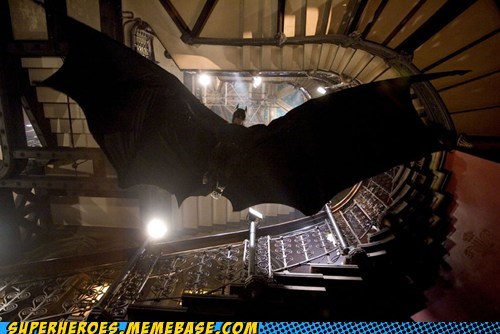 Where would Bruce Wayne be without the batsuit's ubiquitous slick cape? Alive and well, according to physicists at the University of Leicester, who have revealed that the impact of the hero's plunge back to Earth after a little lofty cape-gliding would be the equivalent of being hit by a car at 50 mph. 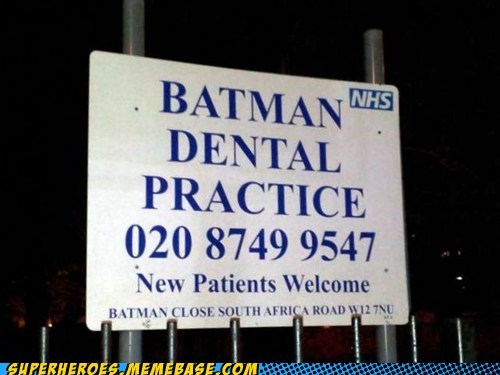 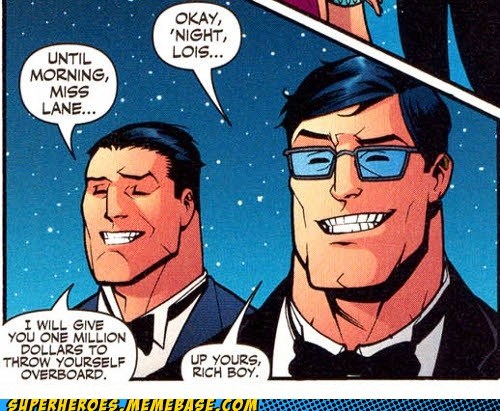 I Think These Needs Have Gotten Out of Hand 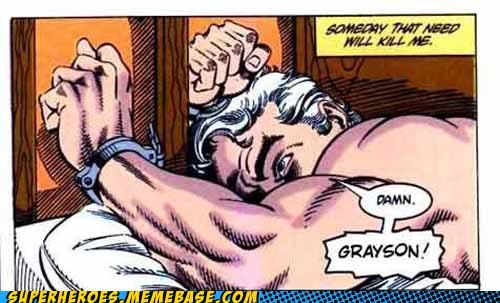 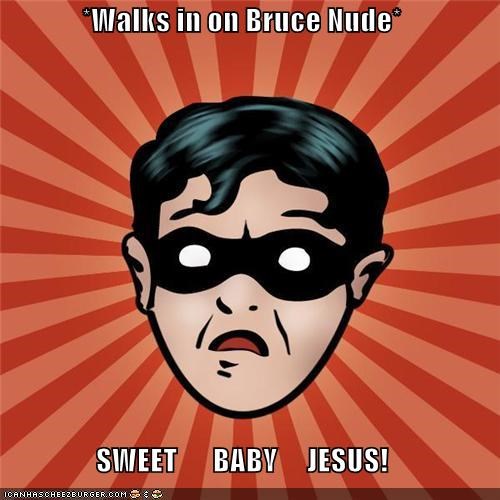 Bruce Wayne's residence from Batman v Superman is available to explore on Streetview in Google maps.  It's a pretty cool house.  He's got a view, some obviously expensive furniture although, that's a lot of glass for a Superhero's protective fortress...

And what does he even do in there? Does this house even have a bathroom or is it all windows? It's not enough to just look around, if you walk in the right direction you'll discover this: 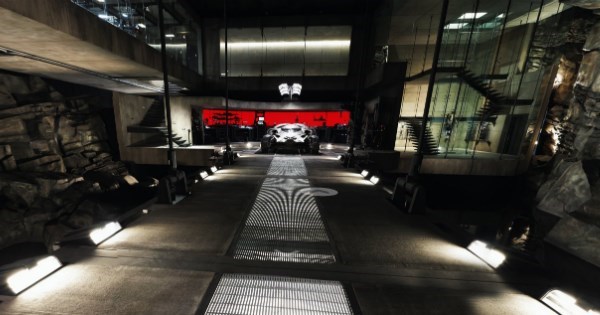