10 Details in the "Westworld" Season Finale

Even if the Sky is Falling Down

Check out the teaser for HBO's newest series, premiering in 2016, Westworld. Based on the 1970's sci-fi flick written and directed by author Michael Crichton, Westworld is about a theme park populated with lifelike animatronics that come to life and begin killing the patrons. It's like Jurassic Park but with robot cowboys.

The new teaser for the HBO adaptation seems to lean heavily on themes of reality and consciousness, as we can all guess that 'Dolores' is probably a robot who thinks she a human cough cough Blade Runner cough cough.

Let's just hope HBO can be as cool as this: 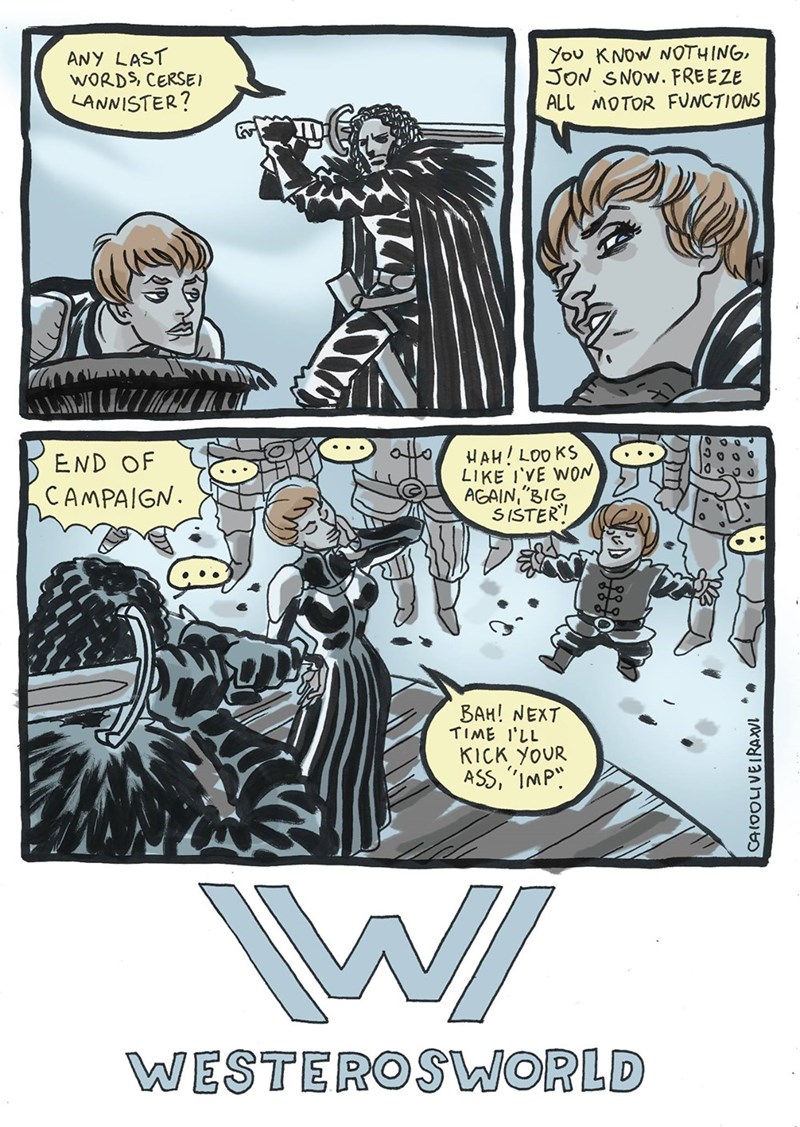