Watch Robert Downey Jr.'s Captain America: Civil War Co-Stars Go off on Him for His Village of Trailers

Not entirely sure if Ironman is Robert Downey Jr. or vice versa. 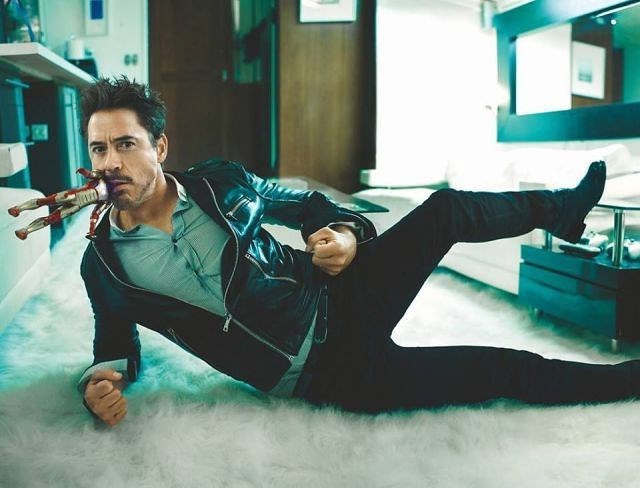 This comes as welcomed, truly exciting news. Tracing back to 2014 Downey Jr. disclosed to Variety:

"There isn’t one in the pipe. No, there’s no plan for a fourth Iron Man.” And that has been Downey’s stance in most of his public interviews. It seemed as if the Iron Man solo films with RDJ in the lead as Tony Stark were over. But it seems like that may have changed sometime recently."

Well well, now we've an encouraging update via a segment Robert Downey Jr. was filmed on during Nightline. It's short and sweet, clear, and to the point:

Alright, let's build on that RDJ. This is the first time Downey Jr. has spoken on record about being willing to do Iron Man 4. 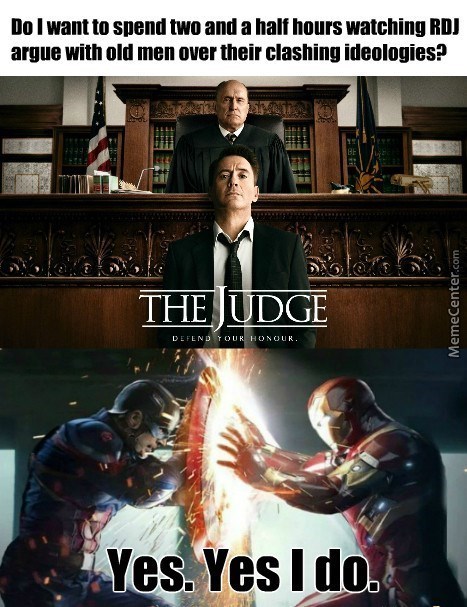 Captain America and Ironman Go Toe to Toe Over the Last Donut, While Scarlet Witch Loses Her Sh*t

Spider-Man and Ironman Officially Confirmed to Share the Screen Together in Spider-Man: Homecoming 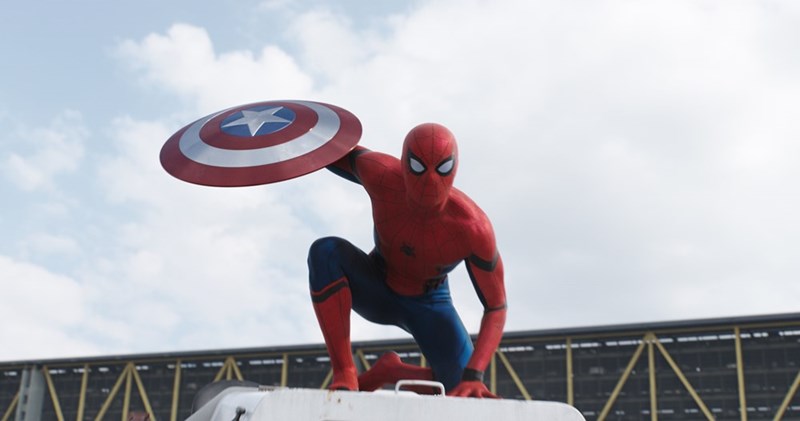 Great news, indeed. Reports came in today over at THR that Robert Downey Jr. closed the deal to join the cast of Spider-Man: Homecoming. Spider-Man and Ironman slated to appear in this upcoming movie means Sony movies are apt to remain closely connected to the Marvel Universe. 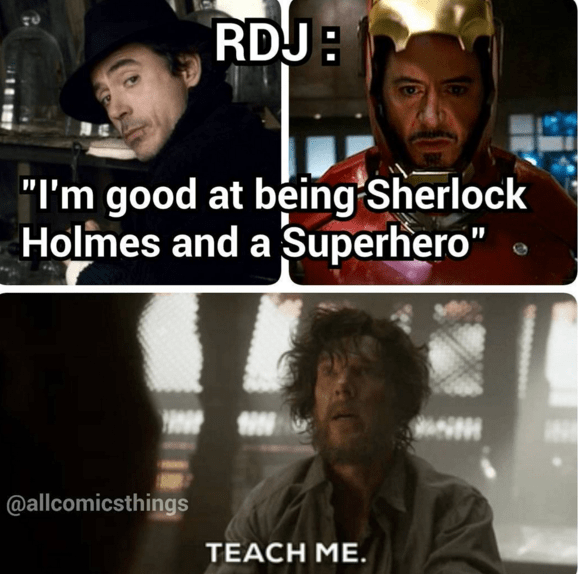 The interview questions are well thought out, and do an excellent job at providing some sweet insights without spoiling the film to kingdom come, altogether. Bravo to this impressively enthusiastic interview.

The Origins of Captain America and Ironman's Beef, Explained

The Reviews Are Rolling in From Marvel Critics That Saw Captain America: Civil War, and They're Glorious 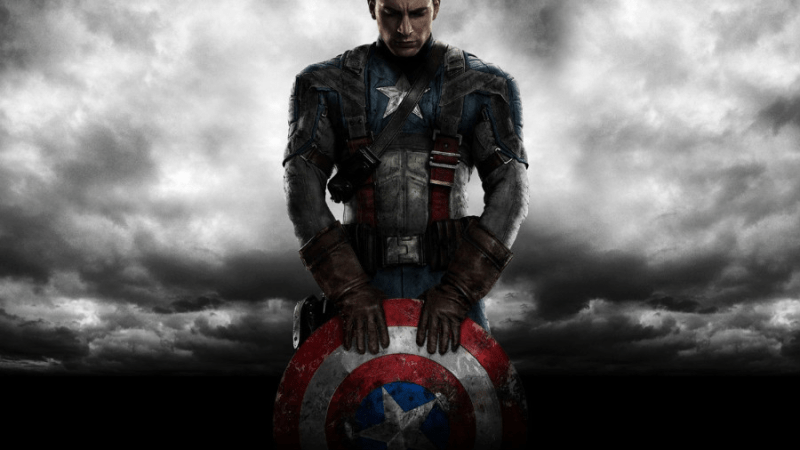 The post-screening results are maddeningly enthusiastic. Full-on amped. Check out some of the reactions surfacing on Twitter. You'll be quick to see, the hype is too real right now.. 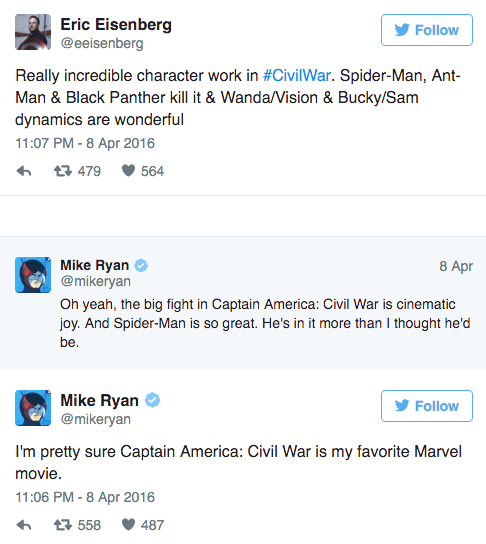 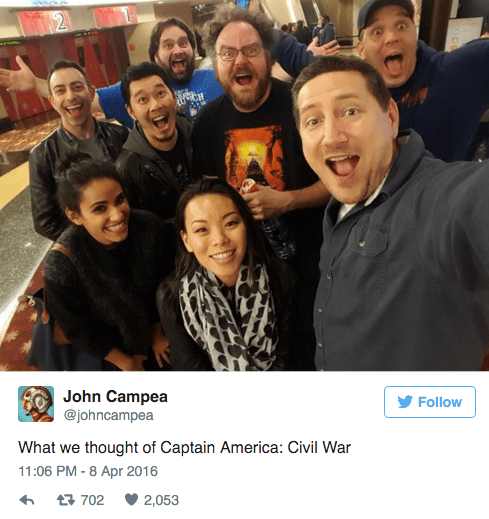 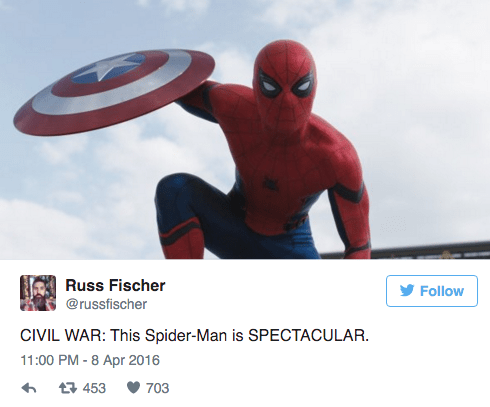 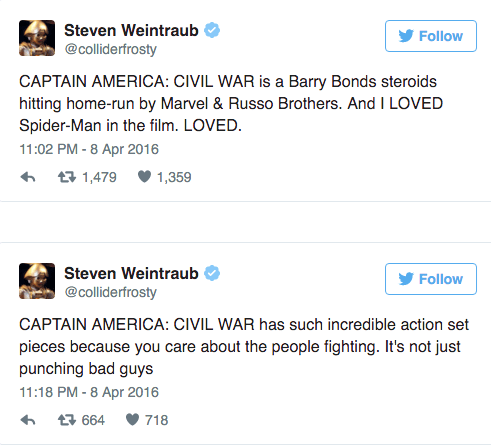 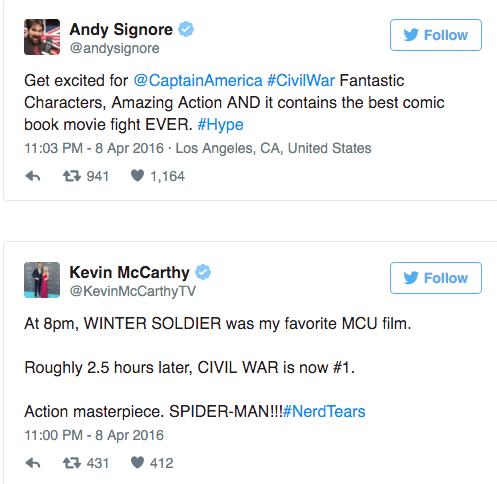 When You Rip Open That Rigid Plastic Clamshell Package

Robert Downey Jr. Dressed as a Tiger to Invite a Kid to the Premier of Captain America: Civil War 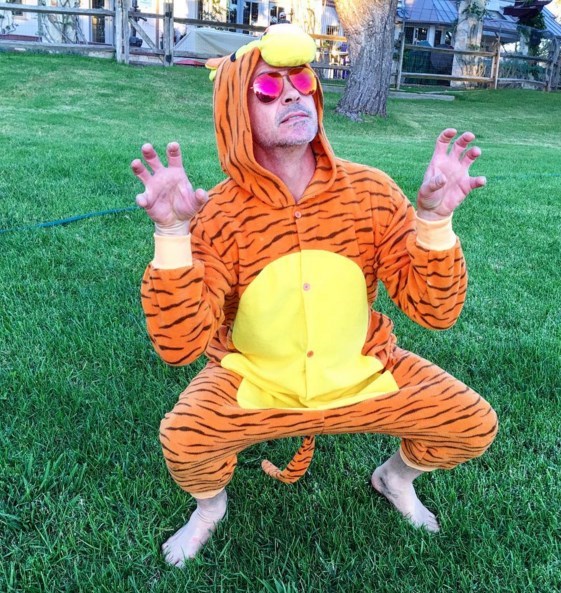 A woman on Instagram posted a picture of her son with this plea to Robert Downey Jr.

This is my son Daniel and he has cystic fibrosis, he is seven years old and wants nothing more to meet his idol Robert Downey Jr (aka iron man) as he has managed to get past the bullies he faces from day to day by telling them the he too has a extra special port in his chest much like iron man has his arc reactor, I am sharing this in hope that mr stark (as Daniel calls him out of the suit) could find a way to contact me on here as Daniel could really do with a little lift at the moment after a child at school has told him that all children with cf die. If this reaches him and Daniel could get a reply I hope that it could help him through his stay in hospital as it is starting to take its toll on him.

Robert Downey Jr. took notice and responded in the tiger suit above with this message:

Mr. Stark here. This is for Daniel (@envy_coatings) who was having a rough day recently. When I’m in the dumps, I’ve found this little getup to be helpful. P.S. Would you like to come to the LA premiere of Captain America: Civil War as my guest? If so, have your people call my people. All the best.
via @roberdowneyjr

Daniel's mom put a video up in response. He seems pretty excited about the invitation:

Go In For The Hug 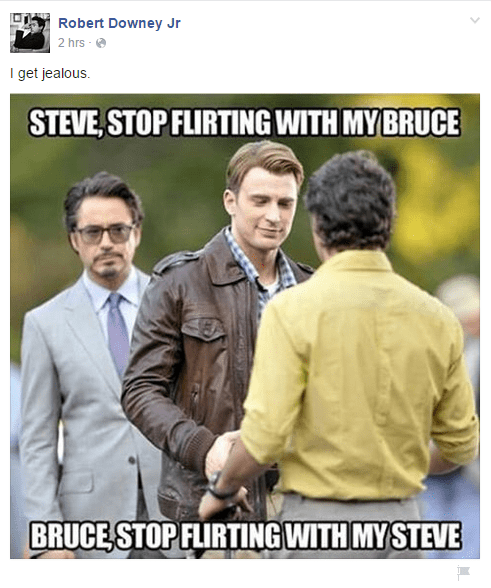 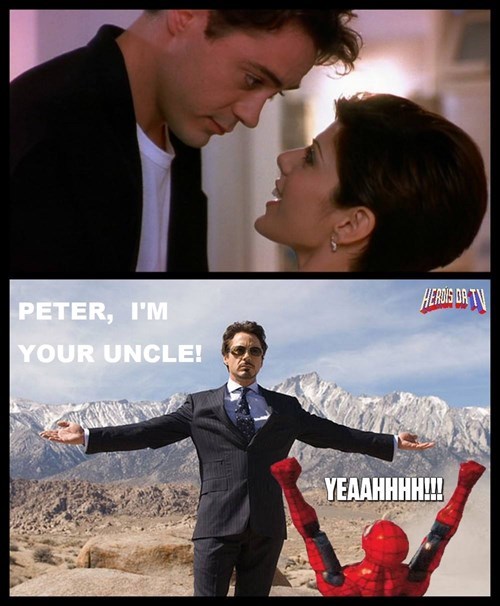 Civil War Could Really Use a Raptor Trainer 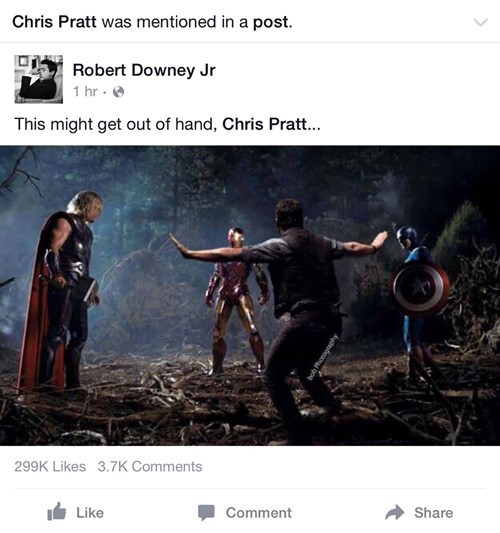