days of future past

Four New Stills From X-Men: Days of Future Past

Empire Online unveiled their 25 X-Men Character Covers a couple days ago, well these were the pictures inside.

All 25 X-Men: Days of Future Past Empire Magazine Covers

Yesterday, @XMenMovies and @empiremagazine released 25 character covers for X-Men: Days of Future Past. Take a look at them in the order they were released.

They're separated into two timelines. Those with blue text are characters from the past (1960's) and those in pink are in a future timeline (modern day and beyond?). 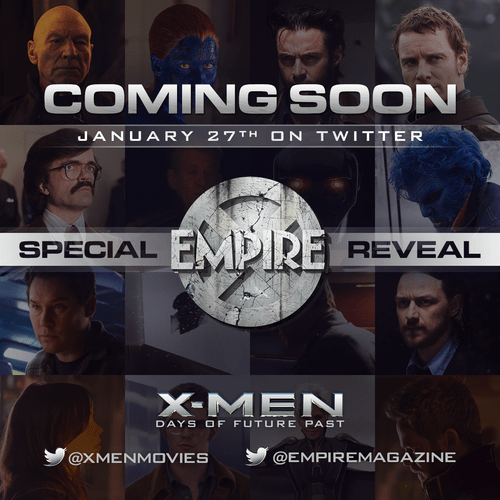 In celebration of their highly anticipated upcoming movie, X-Men: Days of Future Past, the @XMenMovies and the @empiremagazine have announced that all day today, January 27th, they will be releasing 25 different Empire Magazine character covers, one every hour.

The film, which follows Wolverine's time traveling mission to recruit a young Charles Xavier in a fight to stop future events, is opening May 23, 2014.

This newest campaign for X-Men: Days of Future Past has developed a website detailing Magneto's involvement with the assassination of President John F Kennedy in 1963 Dallas, TX.

Young Beast, Xavier, and Wolverine Looking Fly in This New Days of Future Past Photo 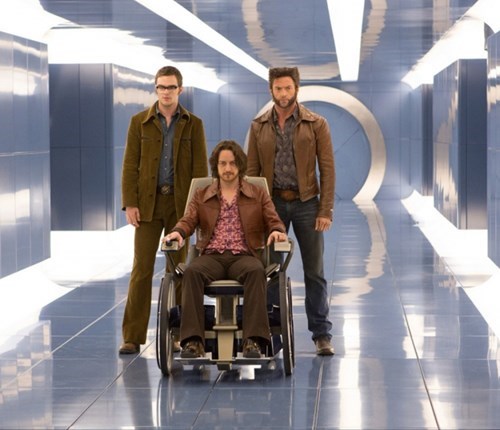 No Need to See Days of Future Past; the After-Credits Scene Won't be Better Than This

James Marsden Confirms He Won't be in Days of Future Past 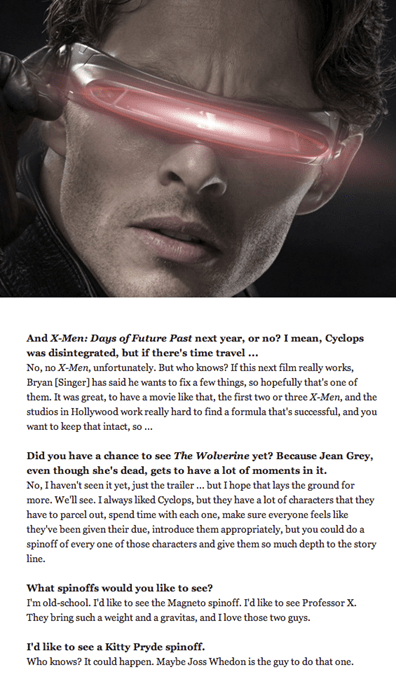 In an interview with Vulture, actor James Marsden confirmed he wouldn't be reprising his role as cyclops in Days of Future Past, but expressed a hope to revisit the character in the future. He also shares that he thinks Joss Whedon could do a Kitty Pryde film.

Are you sad Cyclops isn't coming back? Do you think Joss Whedon should become the Marvel movie guy (outside of obvious Fox/Disney conflicts) and make ALL the Marvel comic films, or should he just stick to the Avengers? 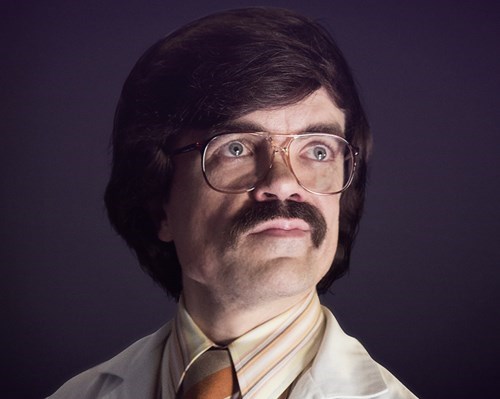 Looks like Fox has set up a fully fledged website for Trask Industries, the company owned by Peter Dinklage's character in the upcoming film X-Men: Days of Future Past.

This may seem like one of those weird unskippable ads before your real youtube video, but it's actually a "viral" trailer for X-Men: Days of Future Past. On the bright side, it is supposed to be an ad for Trask Industries, and features a pretty good look at the sentinels.

Hugh Jackman Wants to Know If You Even Lift, Bro 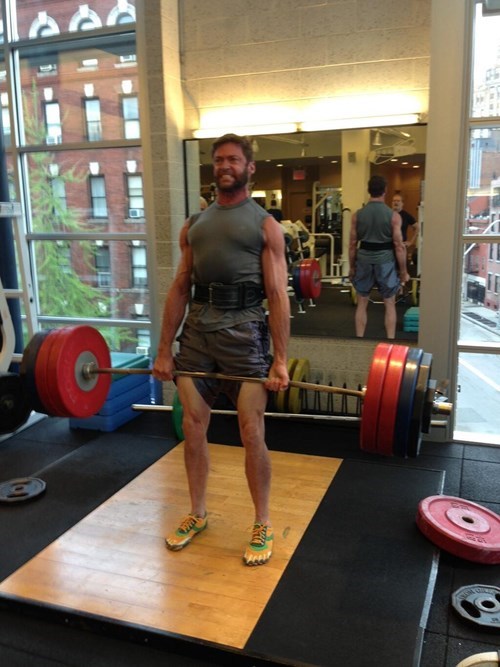 The Days of Future Past star tweeted: If the bar ain't bendin, then you're just pretendin #xmen #daysoffuturepast

A Muddled Future and Past

Get a Glimpse of Future Past's Bishop 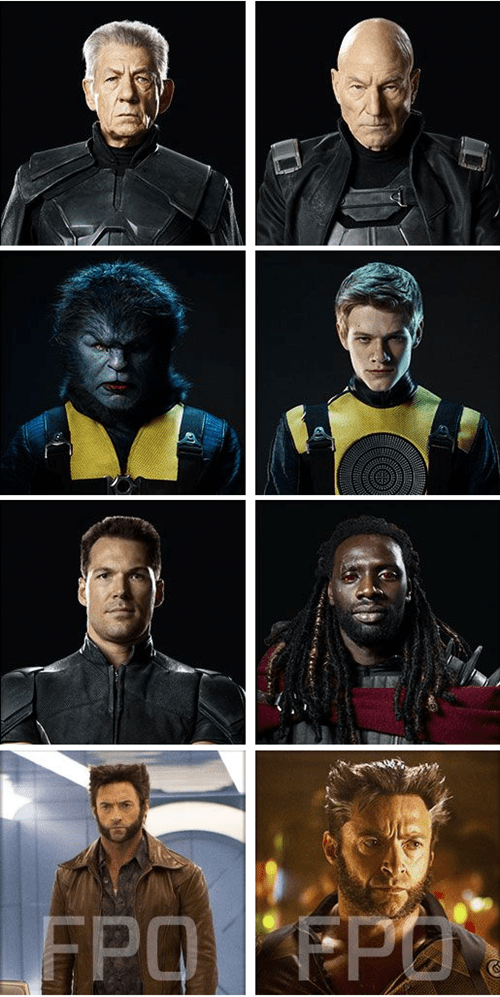 Check out these character images of Magneto, Professor X, Beast, Havoc, Colossus, Bishop, and Wolverine. The right image of Wolverine is his "future" version--how'd he get those greys?

You want mutants? You got mutants! Fox recently released 23 character posters for the new awesome looking X-Men: Days of Future Past.

Sure we saw all of these months ago, as 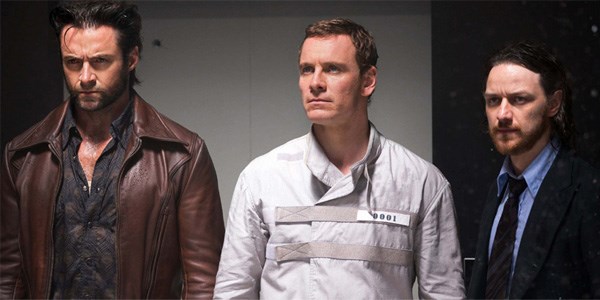