Aquaman is a superhero movie from DC Comics starring Jason Mamoa. Aquaman is the future heir to the underwater world - Atlantis. His mission is to prevent a possible war between land and sea.

It's Kind've On The Nose

Classic: King of the Sea 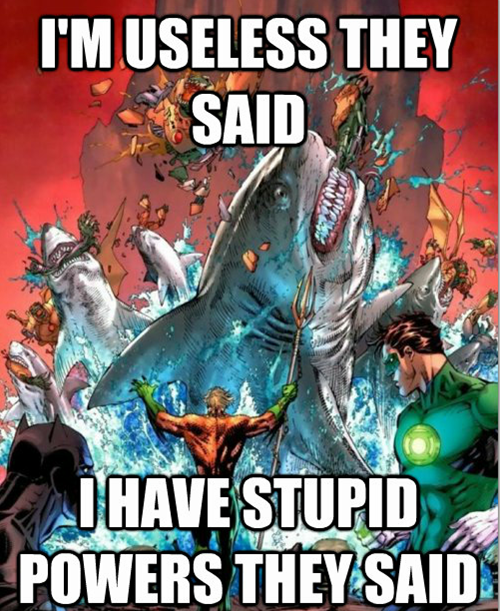 No Spicy Tuna For Aquaman 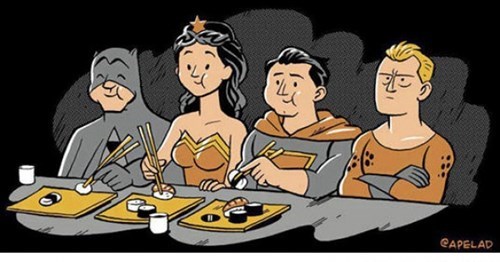 Did You Get Your Fishing License? 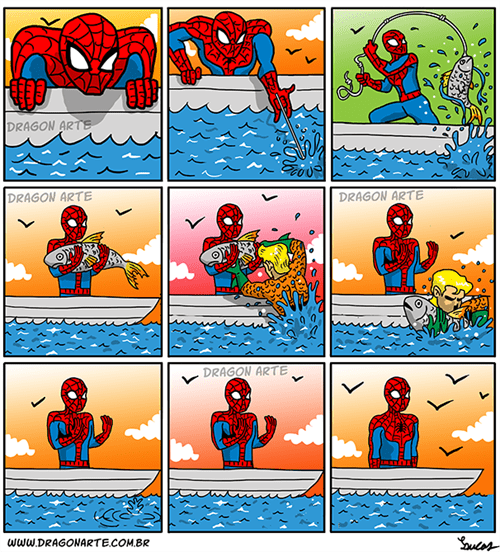 Now, That Is a Nightmare 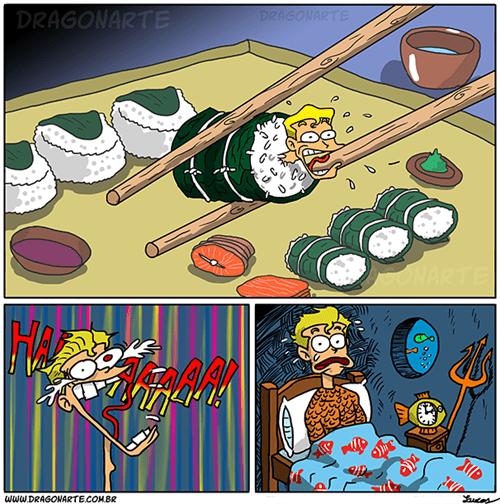 Sleep With The Fishes 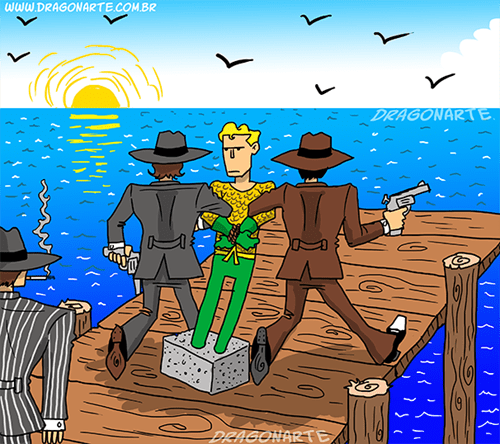 Aquaman is Useless On a Horse 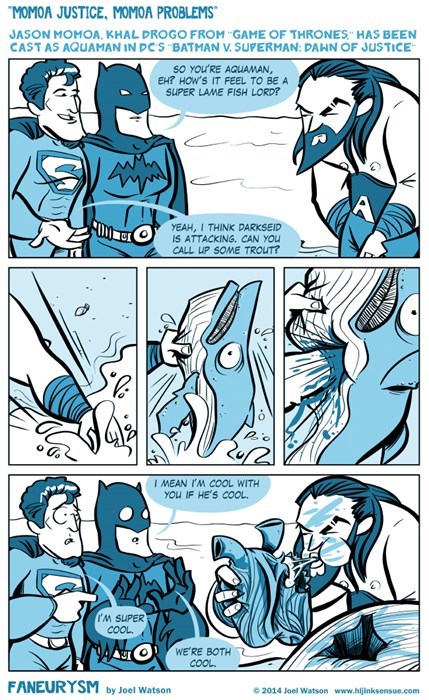 Aquaman Will Get There Eventually

Jason Momoa Rumored To Play The Khal of The Sea 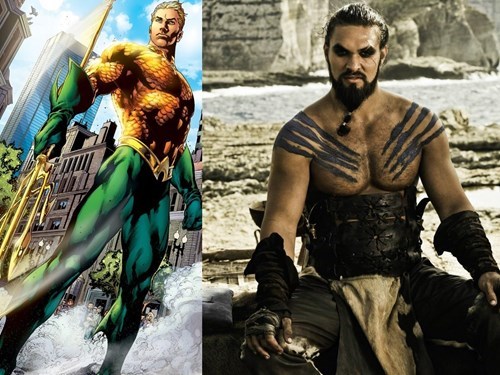 While it hasn't been confirmed by Warner Bros, the rumor is spreading, Jason Momoa has signed on to play Aquaman in Zack Snyder's upcoming Batman vs Superman. With Ben Affleck as Batman and Gal Gadot as Wonder Woman, we expect news about Green Lantern to come any day now.

It Ain't Easy Being Aquaman 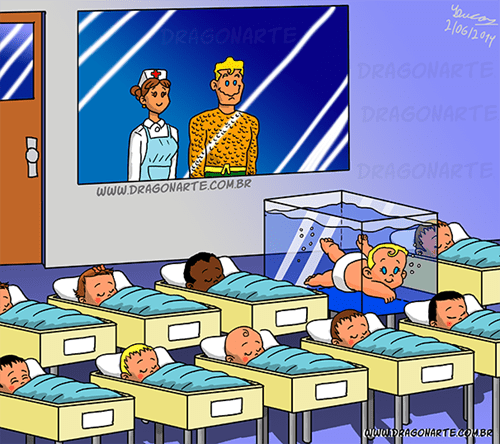 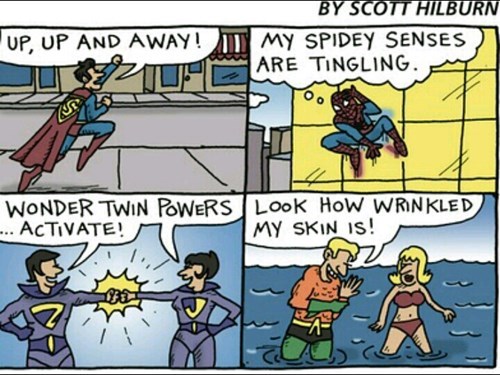 Aquaman Is Part of Her World 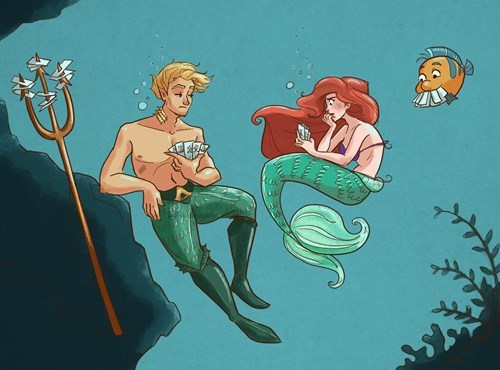 Fans React to the Reveal that Tracer is Gay

Does Rogue Know You Framed That?