Pokémon Mystery Dungeon: Magna Gate and The Maze of Infinity 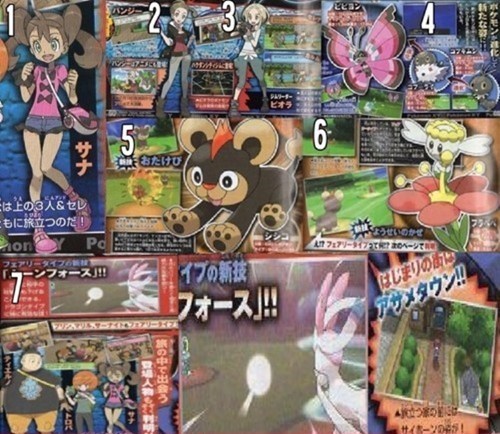 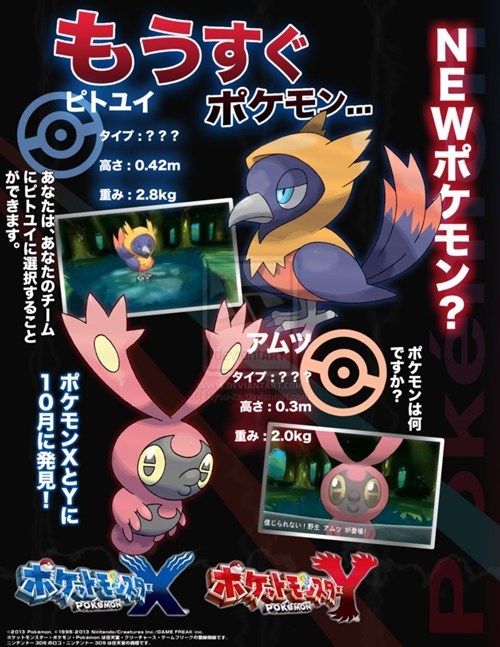 By YakuzaDuragon (Via Serebii)
Repost
Recaption

The next batch of CoroCoro information has been posted to Japanese forums and this batch showcases more information about the upcoming game Pokémon Omega Ruby & Alpha Sapphire.

This leak reveals Mega Altaria, who is Dragon/Fairy with Pixilate and Mega Lopunny who is Normal/Fighting with Scrappy and Mega Salamence is also confirmed and has the ability Aerilate.

Contests were also detailed. With you meeting a Contest Idol called Lucia, who will give you special clothes for participating in Pokémon Contests. You will also receive a shiny Beldum through an event, where it holds its Mega Stone

The Eon Ticket is said to return through a special distribution. This makes Latias available in Omega Ruby and Latios available in Alpha Sapphire.

This ticket will be distributed via Serial Code in an upcoming issue.

The Legendary Pokémon are found on islands that can only be found through areas on the sky and is said to make it so all non-event Legendary Pokémon will be obtainable in Generation VI. You access the sky through the Eon Flute item.

You can also encounter various other Pokémon in the wild within the clouds over Hoenn.

The Return of Charizard?!

Come, let us pray this will come to pass.

My Body Will Be Ready 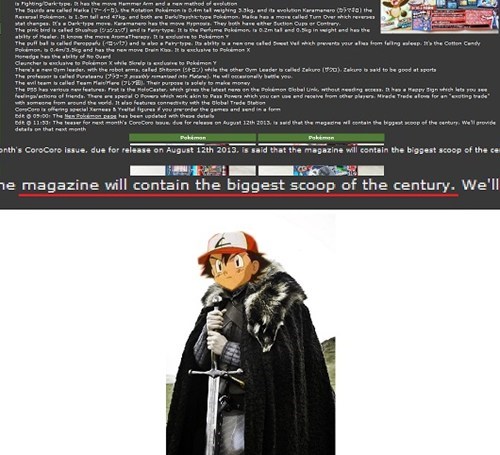 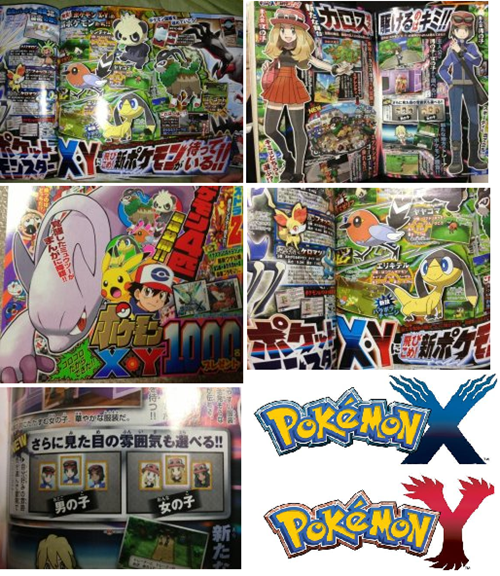 By Shicky5000 (Via Serebii)
Repost
Recaption

First, the Pokémon on the far right of the first image is called Gogoat and is the Riding Pokémon. It's Grass-type, and you can ride this Pokémon in the field. It can learn Horn Leech.

The lizard is called Elikiteru and is a Electric/Normal-type Pokémon. It is the Generation Pokémon. It has a new move called Parabola Charge which heals the user while damaging opponents. It uses solar rays to generate electricity

The bird is called Yayakoma and is the Japanese Robin Pokémon. It is Normal/Flying. It can use the move Flame Charge.

The panda is called Yancham and is the Naughty Pokémon. It is a Fighting type Pokémon. It has a new move called Parting Remark which lowers the opponents stats and causes the user to switch out.

The game is set in the Karos Region which appears to be based on France. You can customize your trainer slightly with hair color and skin color. The main city is Miare City which is where it is seen to ride Gogoat.

Where in the World is the Stone for Mega Flygon? 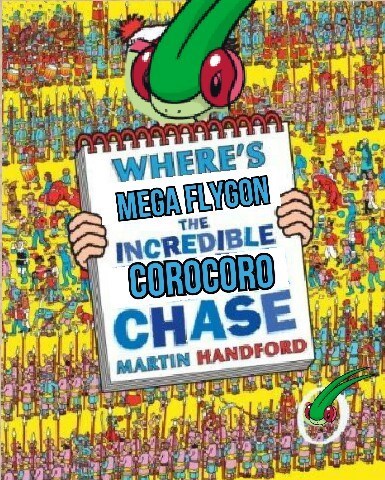 The Secret to Sylveon's Evolution 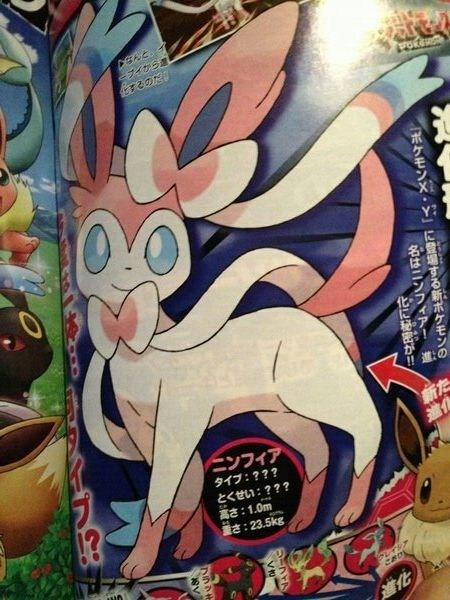 By floatzelstar67 (Via Serebii)
Repost
Recaption

The latest scans from Corocoro reveal the eighth eeveelution, Ninfia. The method to evolve and its type are still secret. Seems like it might evolve from beauty?

The middle starter evolutions have been revealed:

CoroCoro lists two fossil Pokémon. First is Chigorasu, which is a Rock/Dragon type T-Rex that knows Crunch and has a new ability "Hard Jaw" that increases attack power of biting moves. The second fossil Pokémon is Amarusu which is a Rock/Ice type Diplodocus that has a new ability called Freeze Skin which turns Normal type moves into Ice type moves and raises their power. It knows Aurora Beam.

There is a white dog called Torimian which is the Pokémon from the Pokémon Direct and is a Normal type. It has a new ability called Fur Coat which reduces Physical Damage. You can also customize its appearance.

Mega Garchomp is shown and has the ability Sandforce.

You can change your hair and clothes at a Boutique and Salon, reflected in the graphics, with a famous actress called Karune. Team Flare has five scientists, Kuseroshiki, Momiji, Bara, Akebi, Corea. The actress Karena is a trainer you will also have the ability of battling. Team Flare are looking to create a beautiful world.

In addition to this, some anime details were shown. Mega Blaziken was shown on the new anime poster, alongside Clemont and a new female. 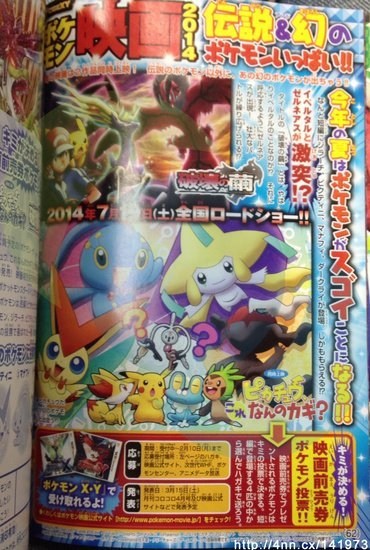 By Zorua (Via Serebii)
Repost
Recaption

The first bit of CoroCoro has leaked through ANN and has revealed some new minor information for the upcoming movie, Cocoon of Destruction and its associated short: Pikachu, What Kind of Keys are These? Not much information was given but the short appears to feature Darkrai, Manaphy, Victini and Jirachi. A poll is to be given in CoroCoro and the winner will be the Pokémon that will be distributed in association with the movie, with the options being the Pokémon that are listed above. The winner will be revealed in the April issue of CoroCoro, due for release on March 15th 2014.

Mega Evolutions are a feature of certain Pokémon that allows them to gain special abilities while in battle, possibly by means of a mega stone. Confirmed Mega-Pokémon are MegaAbsol, MegaAmpharos, MegaBlaziken, MegaLucario, MegaMawile, and MegaMewtwo.

Other Pokémon shown include a Grass-type pre-evolution of Gogoat called Meekuru, an n Electric/Fairy-type called Dedenne and a Normal-type rabbit, Horubii. Both Dedenne and Horubii have a new ability called "Cheek Pouches."

Also pictured is a new gym leader named Koruni, who is linked to Mega Evolutions.