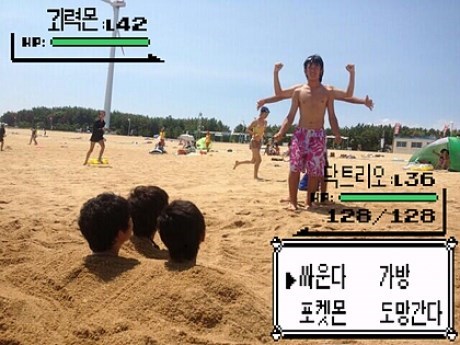 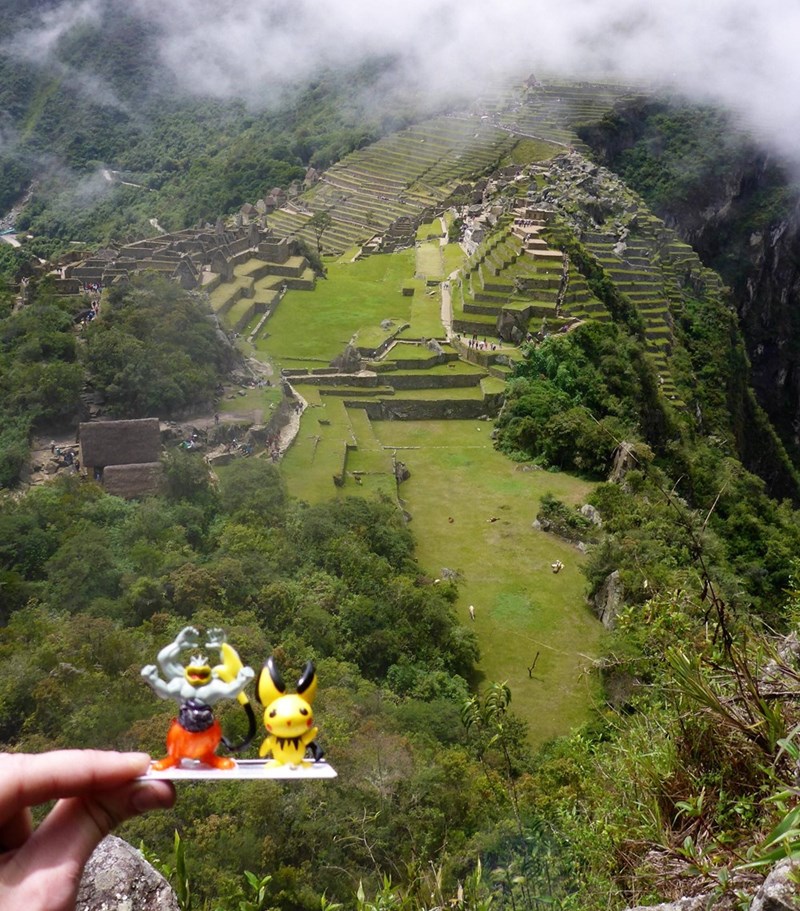 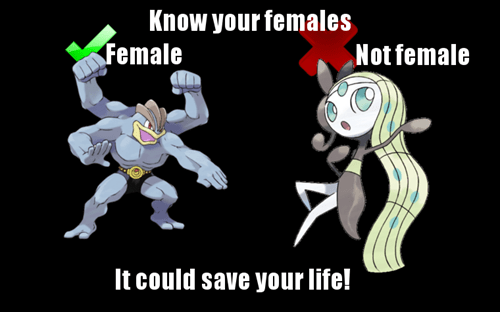 So apparently the Pokémon protagonist and professors can tell if a Machamp is female and Sylveon is Male, but they cannot tell if Meloetta if female or not (same goes for the Swords of Justice, but at least they have the excuse of "the three Musketeers" not being a thing yet, and being one generation too early). Still jarring due to the legendaries with known genders (and the one that can BREED)

This is Creepy and Awesome 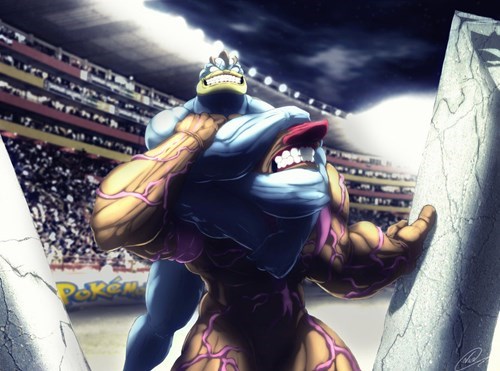 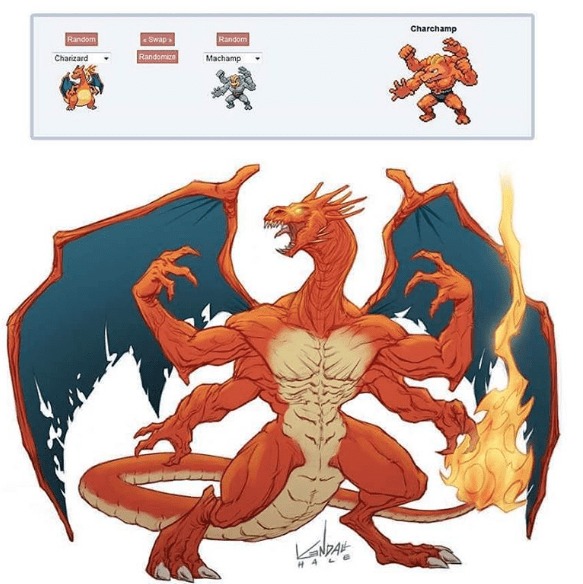 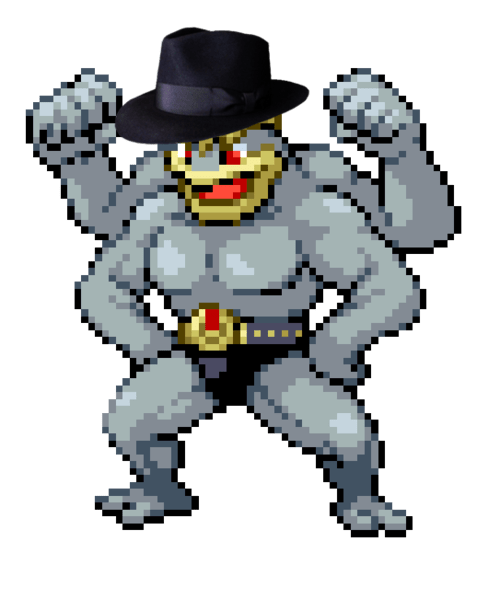 Oh How the Champs Have Fallen 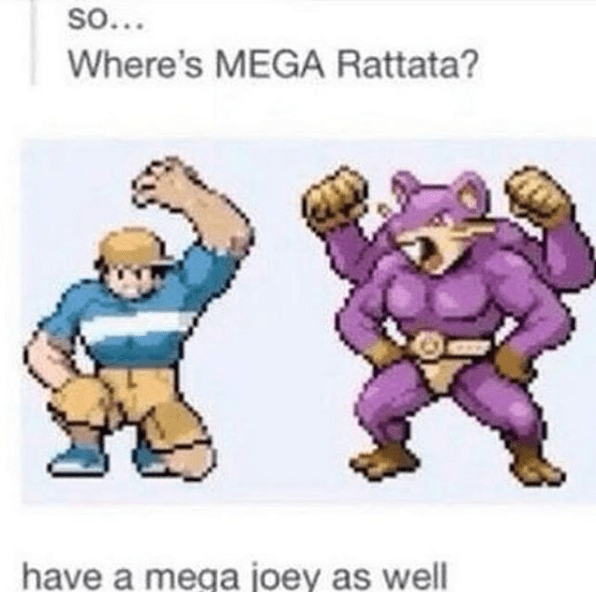 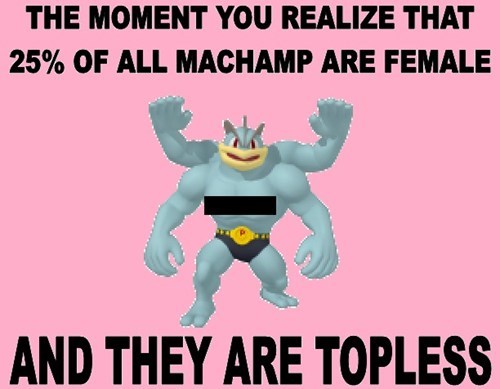 Try removing this image from your brain. 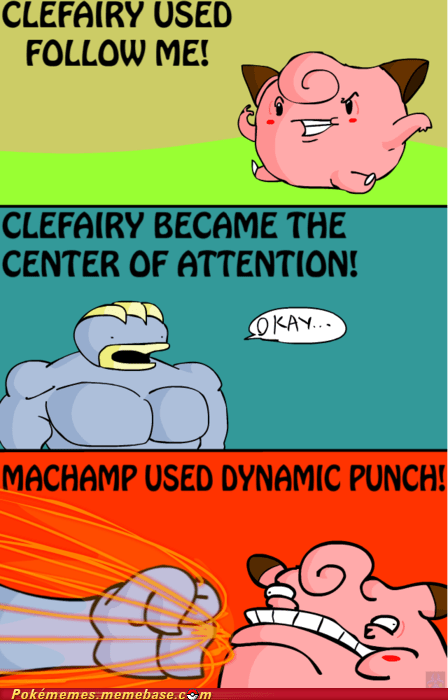