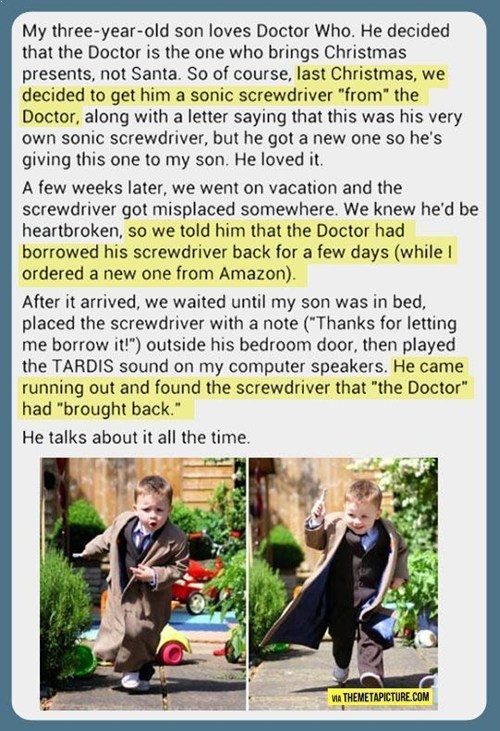 While Filming Series 8, Capaldi Reassures Little Girl That His Doctor Is Okay

On the blog amcherryfairy, this mother describes how Peter Capaldi went out of his way to talk to a her autistic daughter about Matt Smith's departure from the show. The family just happened to be vacationing in Cardiff and ran into the Series 8 shoot. Apparently-

"when matt smith said he was leaving she was worried, because she goes on adventures with doctor who and Clara and she was worried that the new doctor ( Peter ) would not like her and wouldn't want to join in her games."

.During their visit, the family met Jenna Coleman and Samuel Anderson, who told them to come back the following day to meet the Doctor himself, Peter Capaldi.

Eleven, The TARDIS, and K-9 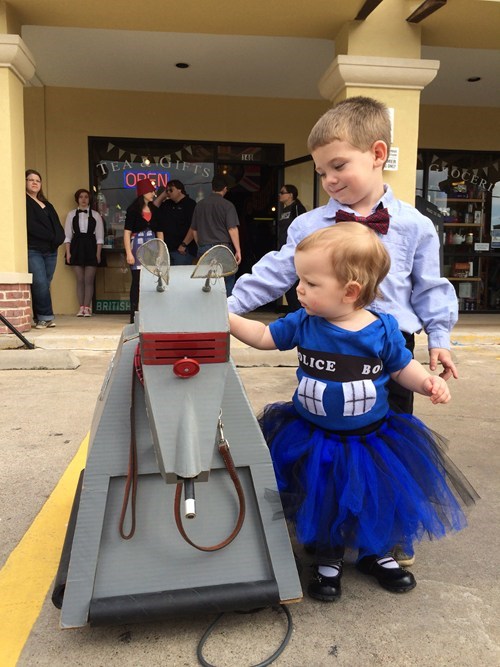 What a Little Angel! 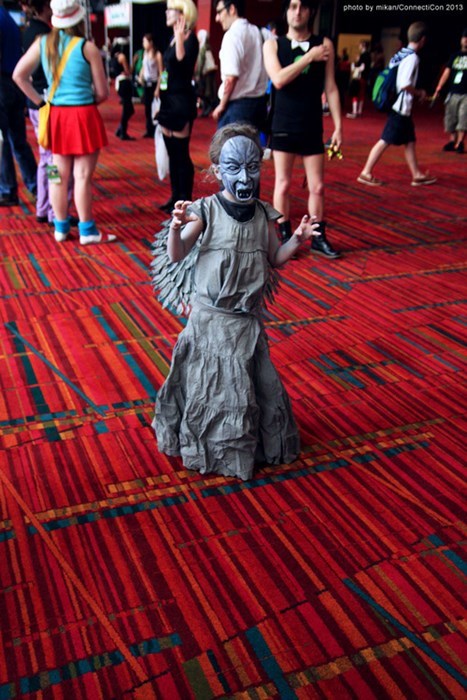 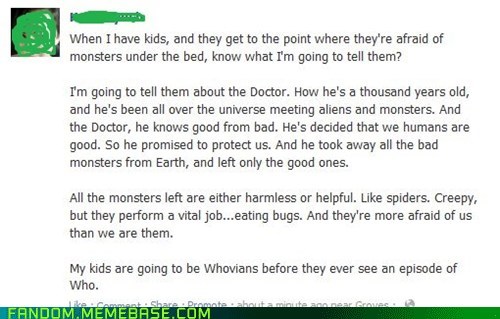 Peter Capaldi Sends An Adorable Message to A Little Fan

We don't know what was in Thomas' letter, but according to the video description it's

A lovely message from Peter Capaldi to my 9 year old autistic son. This arrived just before Thomas' nanny's funeral and helped him to deal with his grief in a profound way.

Jack Robinson is 4 years old, a huge Doctor Who fan, and has an inoperable brain tumor. No one knows how Matt Smith heard about the little Whovian, but according to Jack's dad, he loved the video. "His eyes just lit up and he was so delighted. It has made his day."

Peter Capaldi Adorably Surprises Fans At The Doctor Who Experience

Victory: When I Was a Kid 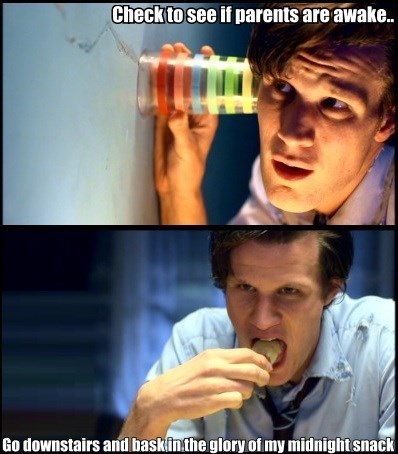 The Youngest Regeneration Yet 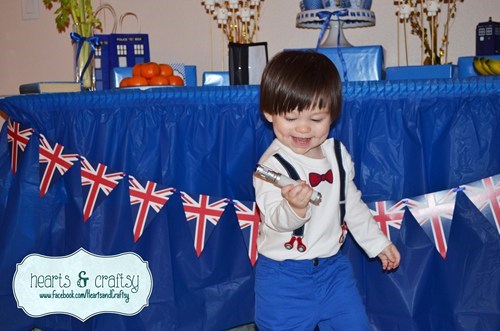 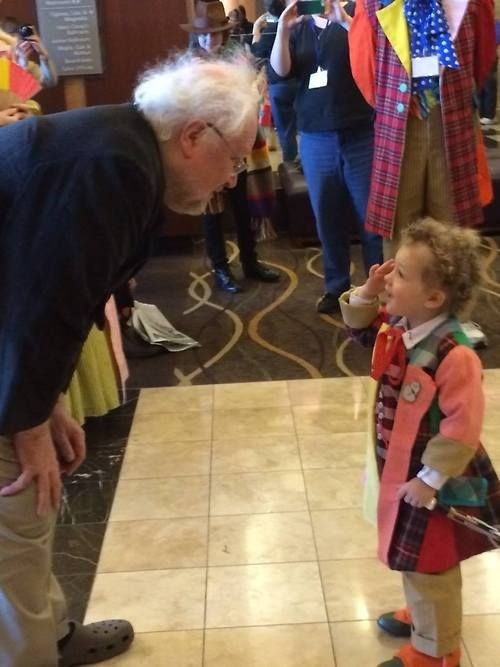 The Cutest Doctor Who Interview You'll Ever See

A Face That Could Start a War 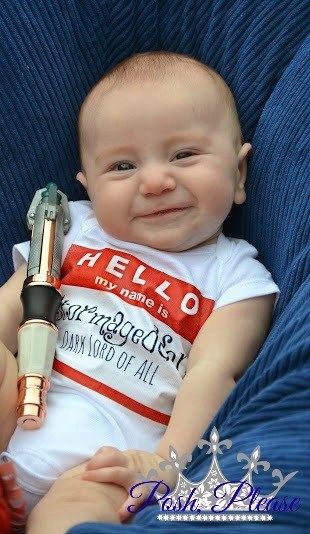 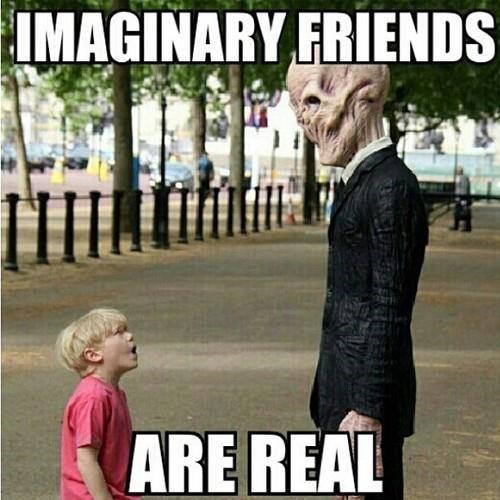 I carry the Tardis everywhere 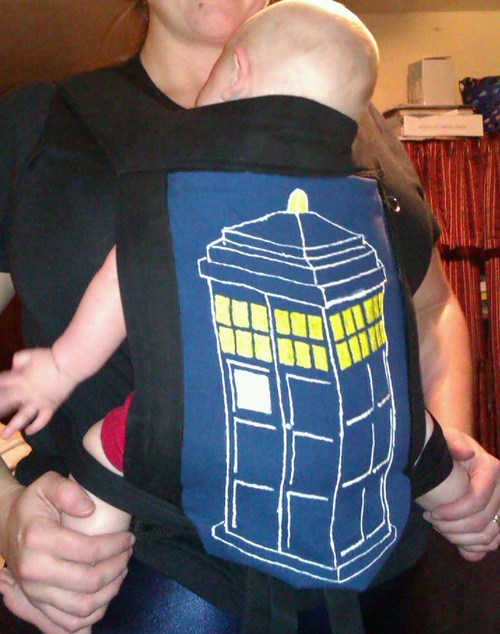 Handmade baby carrier for my little doctor to go traveling in time and space! Where's the tiny pinstripe suits?

Coworker Pulls A Ron Swanson, Replaces PTA With Her Own Organization

Funny Stories About Cats From Tumblr

Tumblr Thread: Importance Of Giving Customers What They Ask For