The Cross-Over No One Asked For 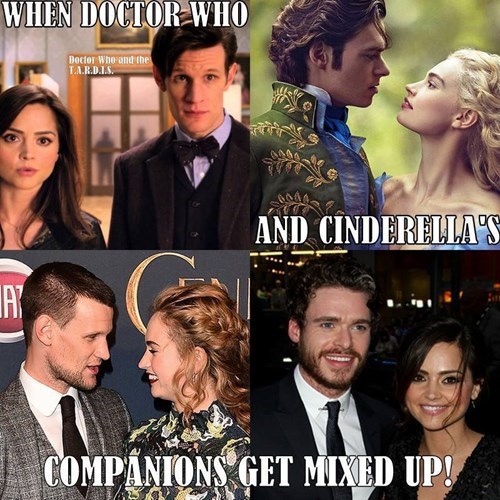 Someone should get them this t-shirt: 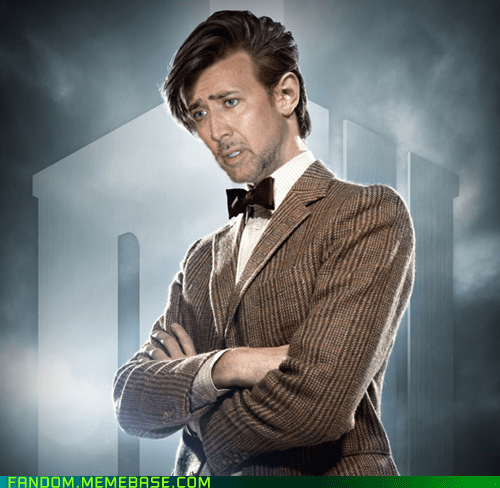 Nicolas Cage is a time lord. 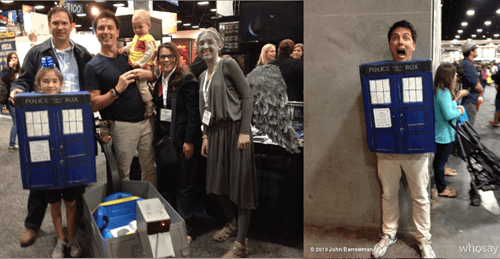 On the left is my family meeting John Barrowman at the Sand Diego Comic Con. On the right is John Barrowman wearing my daughter's TARDIS (official picture from his page). He was so nice to my kids!

Take It From These Guys, the Doctor Was Right! 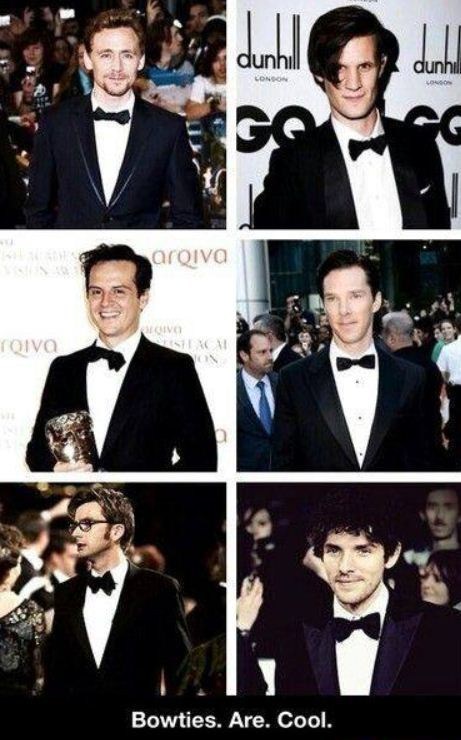 Which of His Roles Jumps Out at You First? 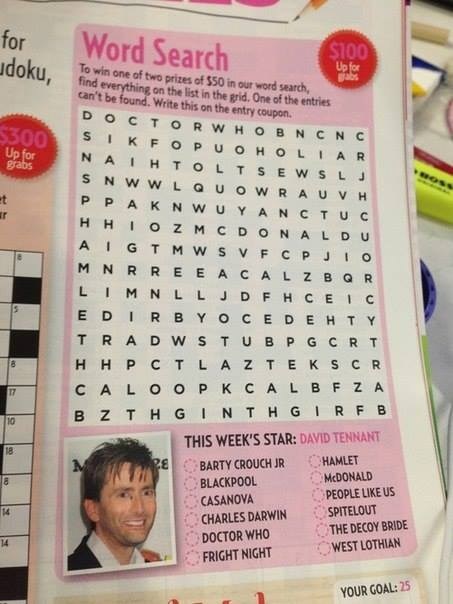 Why David Tennant is the Best 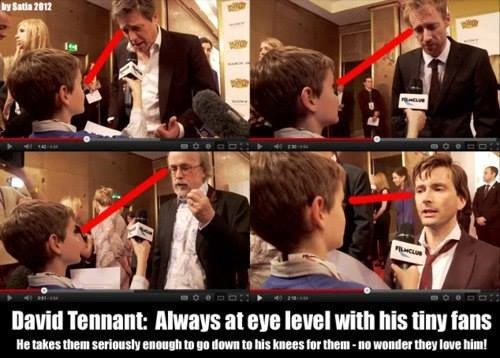 A Gif From Me to You

This gif is totally fake (the arms alone should tell you this could never really be Matt Smith), but a fan can dream, right?

We All Know Who the Cutest Character in Harry Potter Is 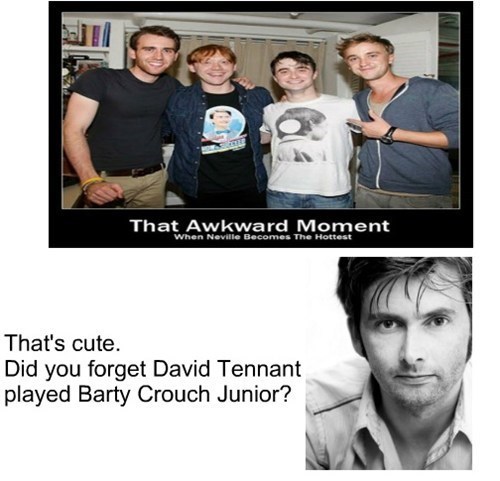 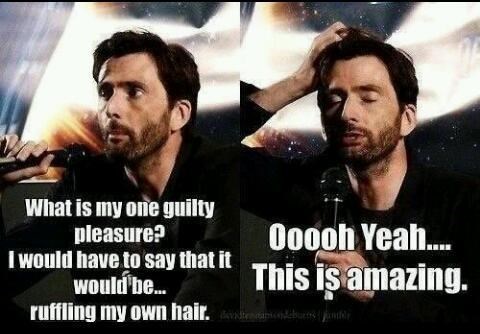 Peter Capaldi Speaks Out About Sexism in the Industry

In a recent interview with Evening Standard, current Doctor Peter Capaldi had this to say about how the industry treats his female costars:

It’s ridiculous that we get these old guys with young women draped round them. When I started Doctor Who and we were doing photoshoots we’d be asked if Jenna could just lie down there while I, you know” — he leaps up and acts out a young woman sprawled coquettishly about while he gets to stand and look powerful over her. “I had to say, ‘Look, that’s just not what we’re about. The relationship between my Doctor and his companion is one of deep love. But it’s a strange sort of platonic bond. It becomes clearer and more moving as this particular series goes on.

...Of course it’s sexist. Most of my peers have partners their age, so if we have a dinner party with a bunch of actors, the wives or partners are largely the same age. Then you see your friends on screen and they are suddenly with some extraordinary young lady who wouldn’t be at the dinner party. It’s ridiculous.

Good on you, Twelve! 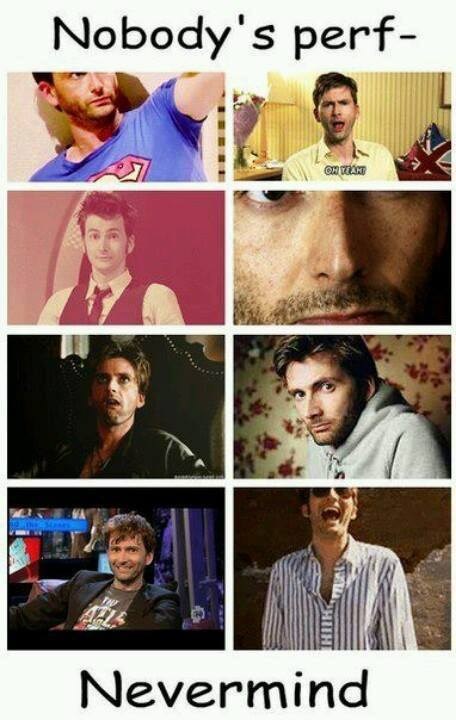 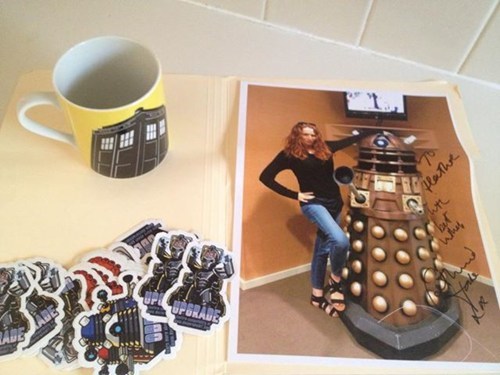 My friend works for the BBC, and Catherine Tate works out of her office in LA. When my friend heard how big of a Who fan I was, this was on my doorstep a couple of days later.

What Have I Done?! 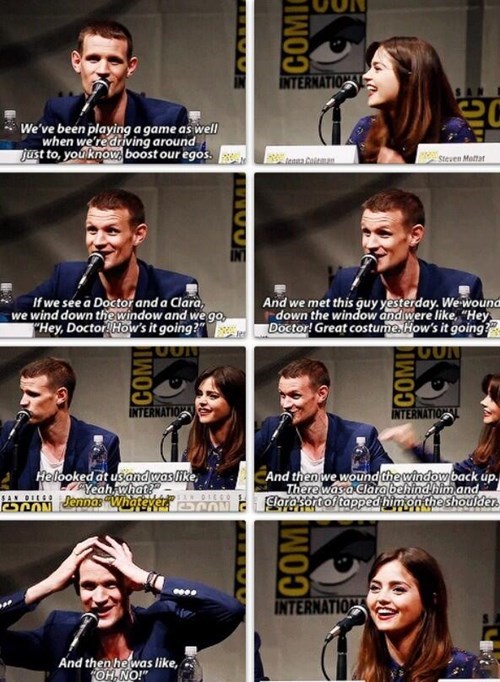 I'll be Over Here Being Cute If You Need Me 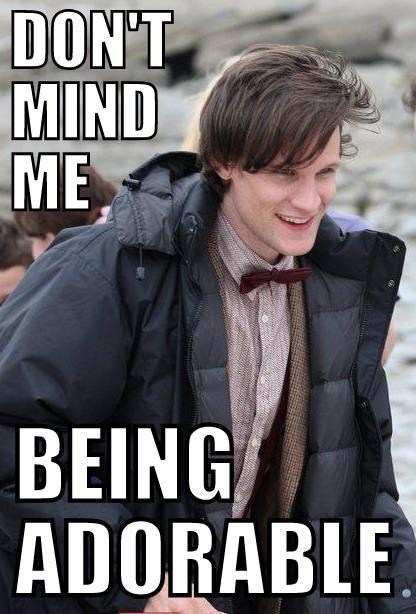 15 People That Lied And Got Called Out For It

36 Creatively Lazy 'Not My Job' Moments

The Origins of Arceus