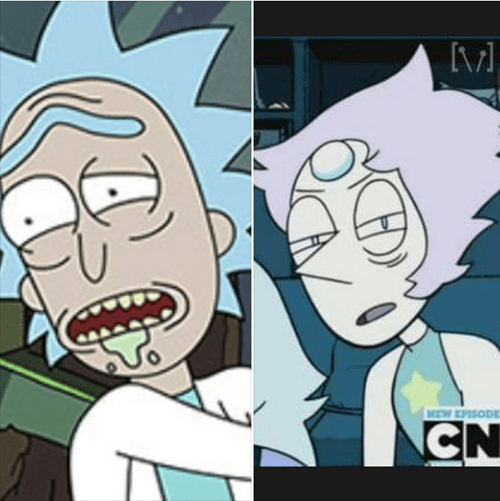 The resemblance is uncanny.

I Know What Fusion Is 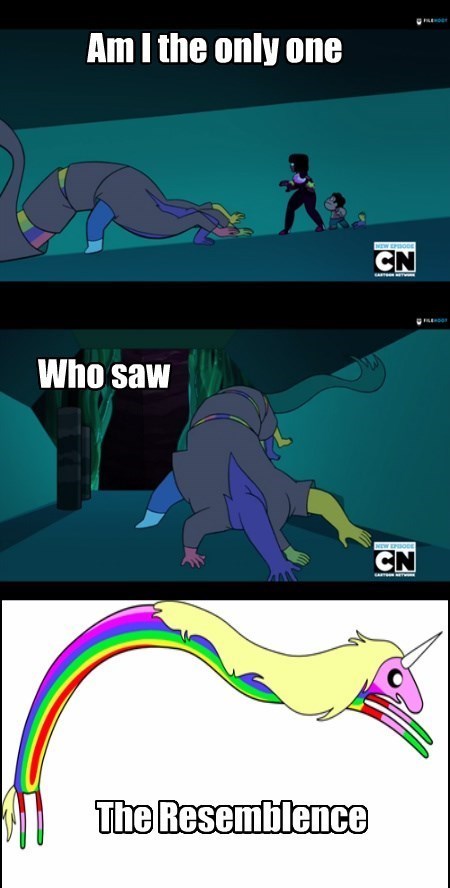 I can't be the only one

If Garnet is Scared, You're Really in Trouble 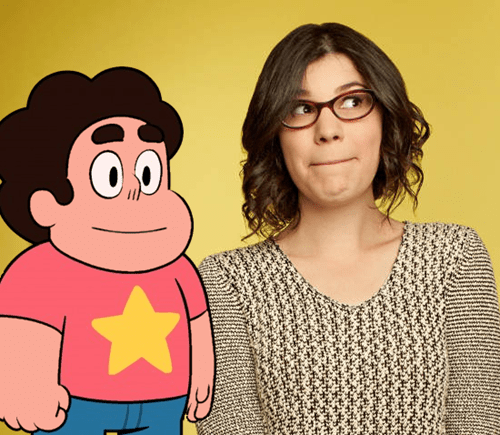 Steven Universe creator Rebecca Sugar sat down with Entertainment Weekly to talk about the series, her inspiration, and gender politics.  Some highlights include:

It’s rare for shows geared towards boys to have such a strong female presence. Was this intentional or just the direction the writing naturally took?
Yes, completely intentional. My goal with the show was to really tear down and play with the semiotics of gender in cartoons for children because I think that’s a really absurd idea that there would be something radically different about a show for little girls versus a show for little boys. It’s exciting to me to play with a lot of that language, because everyone’s very familiar with it but it really doesn’t make much sense. I used to really enjoy shows that were aggressively targeted to boys when I was a little girl and I know the same can be true the other way around, so why not have something that everybody can watch? And at the same time, have something to say about the fact that that really is absurd.

Ultimately, what do you want to accomplish with the series? Is it to make it known that children are just children and we don’t have to gender-fy everything?That’s definitely part of it. I think for me, I’m really telling a story about my little brother, and that’s my goal with the show. I think that that sort of comes with that message and that goal for me, because the two of us growing up were best friends and we would do everything together and nerd out about everything together and it didn’t matter the things that he was into and the things that I was into, we were both sort of fantasy nerds and it seemed just to be this universal thing. But I know it wasn’t necessary. It was just me and him and the fact that I associate all that kind of media with getting to spend time with my brother. I think that’s the feeling that I want to give to everyone, the feeling of having an unconditional friend that’s always there for you, because that’s really what he was. So as much as I want to talk about gender politics and make a cool action show that’s really cool, and a funny comedy show that’s really funny, at the end of the day I really want to do something that’s dedicated to my brother.

Sugar also promises we'll see more of the history of the gems and the past that they've been trying to avoid.  If you want to read the full interview, you can check it out here.  Are you watching Steven Universe? How do you feel about the gender politics of the series? 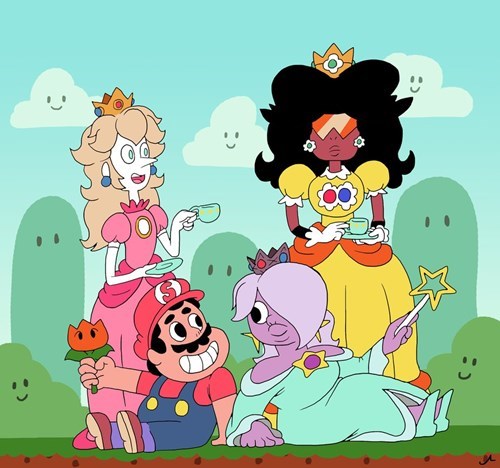 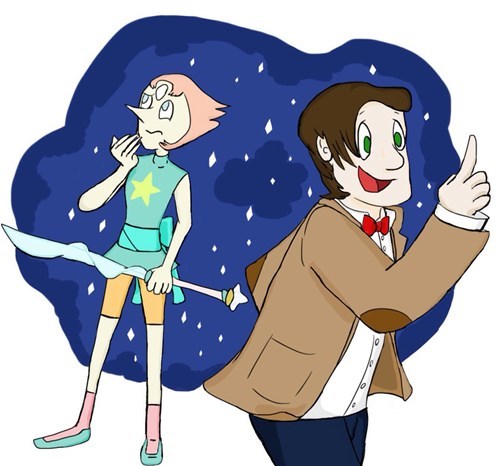 When Your Jam Starts Playing

If every song was perfect, we wouldn't have the Gorillaz 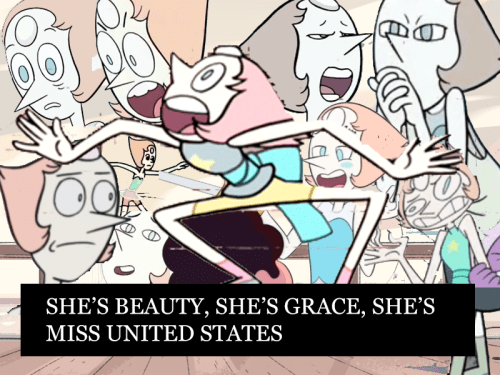 Oh My God, the Feelings

The Crystal Gems Want to be the Very Best

When Your Friend Doesn't Get a Show You're Into

Here is a video with some SU info you may or may not know!