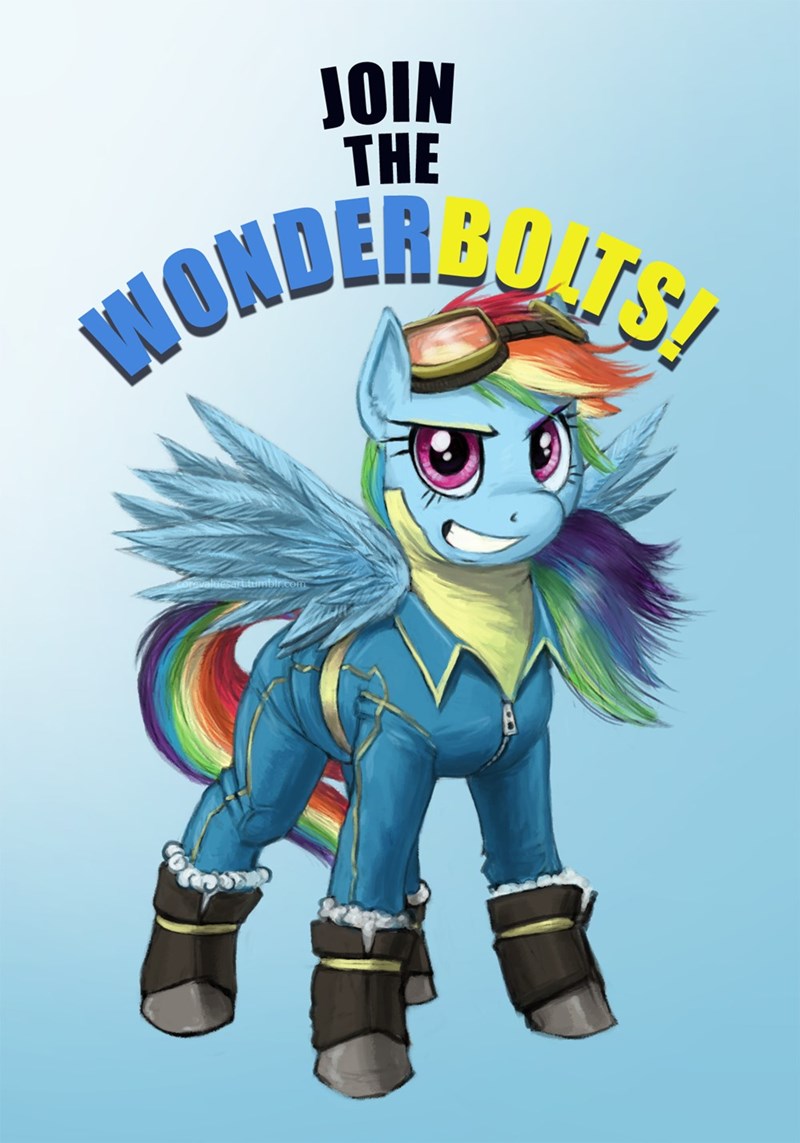 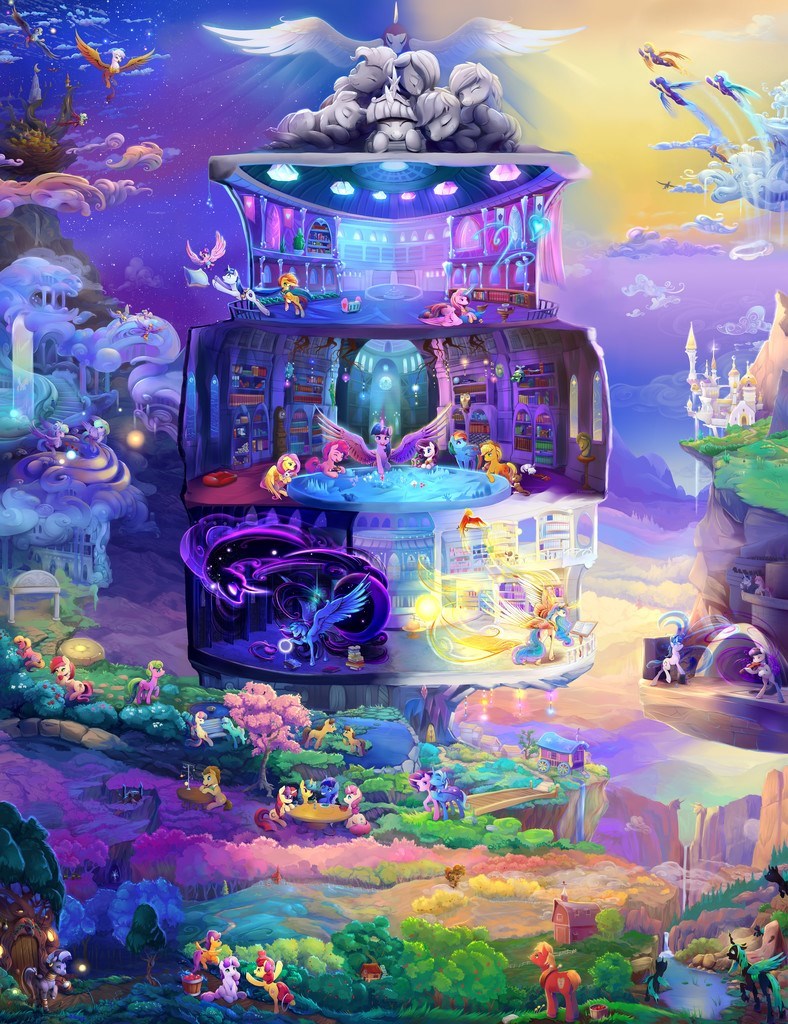 So... because of image size constraints, I can't recommend going to the source and seeing the picture in it's proper size. In other news, have fun with the tags, Tinny 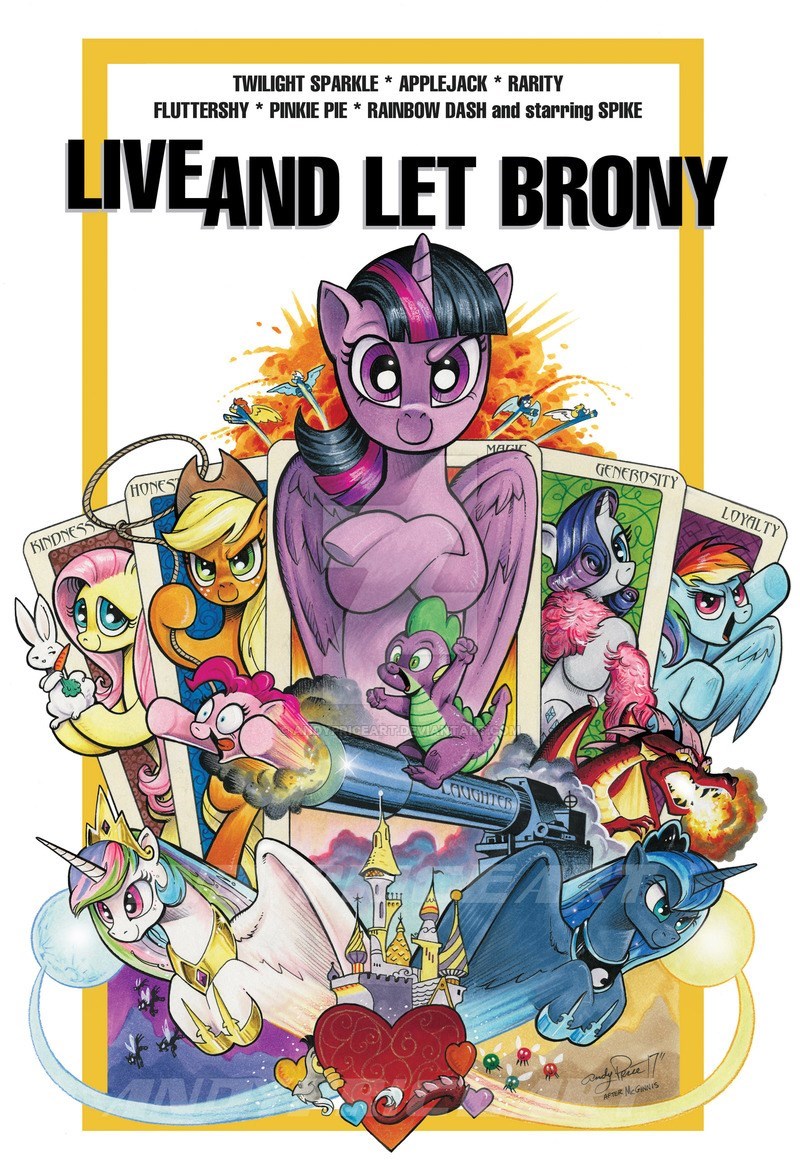 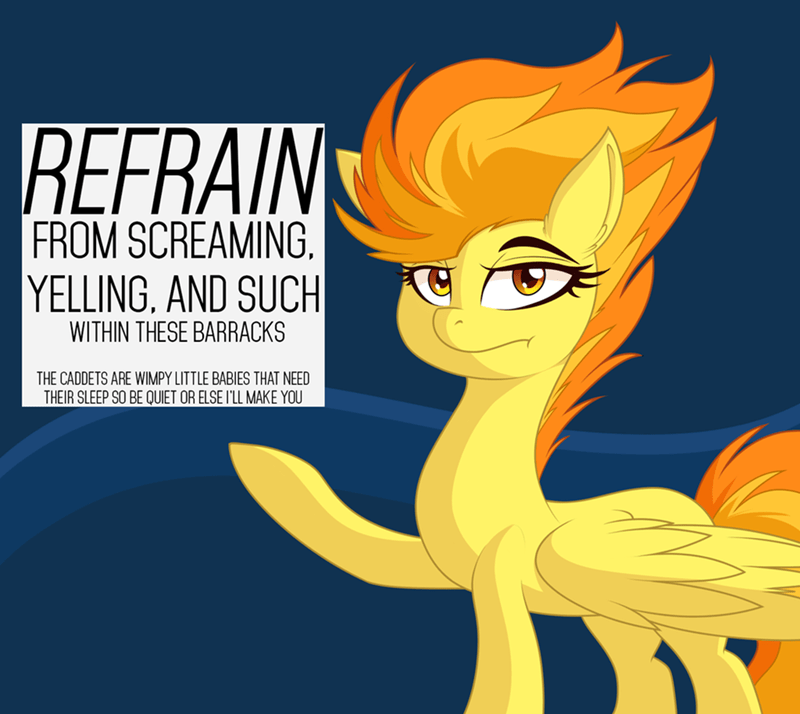 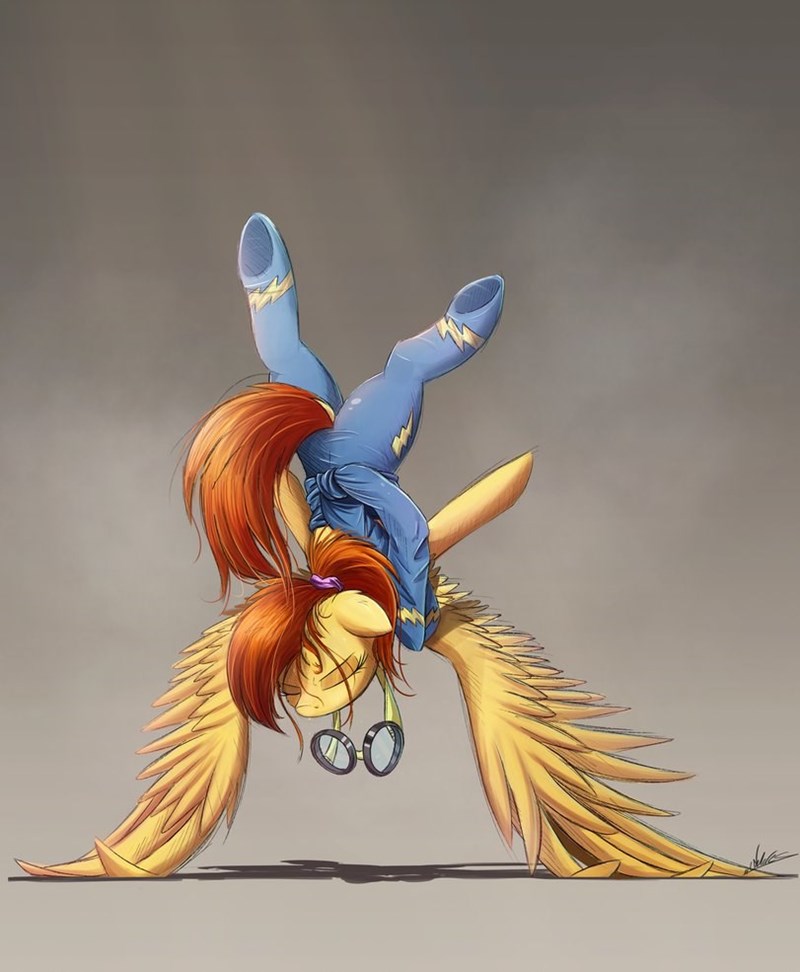 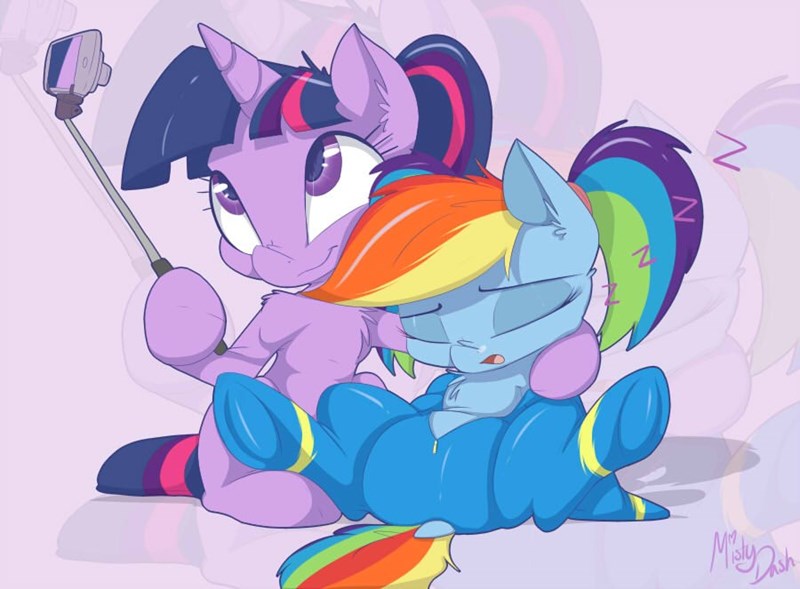 Twilight: aww rainbow is so tired, she couldn't even take off her wonderbolt gear, too bad this is going on Facehoof

Wake Up You Fool! 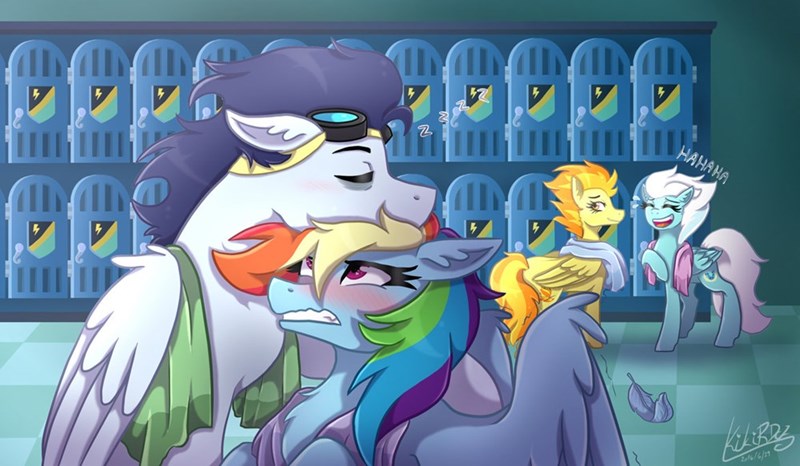 Soarin: [slowly walks into locker room]
Dash: Hey, Soarin! Soarin: Huh? [tiredly looks Dash's direction] Oh, hey Rainb- [slips]
Dash: [quickly supports him with her wing] uh, watch where you're going [chuckles]
Soarin: Thanks [yawns loudly]
Dash: Oh wow, are you really as tired as you look like you are?
Soarin: Well, I didn't get much sleep last night. I had a lot of paperwork to do.
Dash: [sigh] You won't be able to fly in this condition. You should ask Spitfire about taking day off. I can ask her if you-
Soarin: [wraps hoof around her and rests his head on hers]
Dash: Um.. Soarin? [looks up blushing]
Soarin: [snores]
Dash: [her face turns red] Don't tell me you just.... ugh, WAKE UP YOU FOOL! [shakes with him]


Meanwhile in another part of locker room...
Spitfire: You know, I actually thought about-
Fleetfoot: [tries to not laugh]
Spitfire: Did I say something funny or..?
Fleetfoot: Behind you [points at Soarin and laughs]
Spitfire: What? [confused, looks behind]
Sweet Celestia, did he just pass out on Crash's head? [laughs slightly]
Fleetfoot: Yep! [dying of laughter] 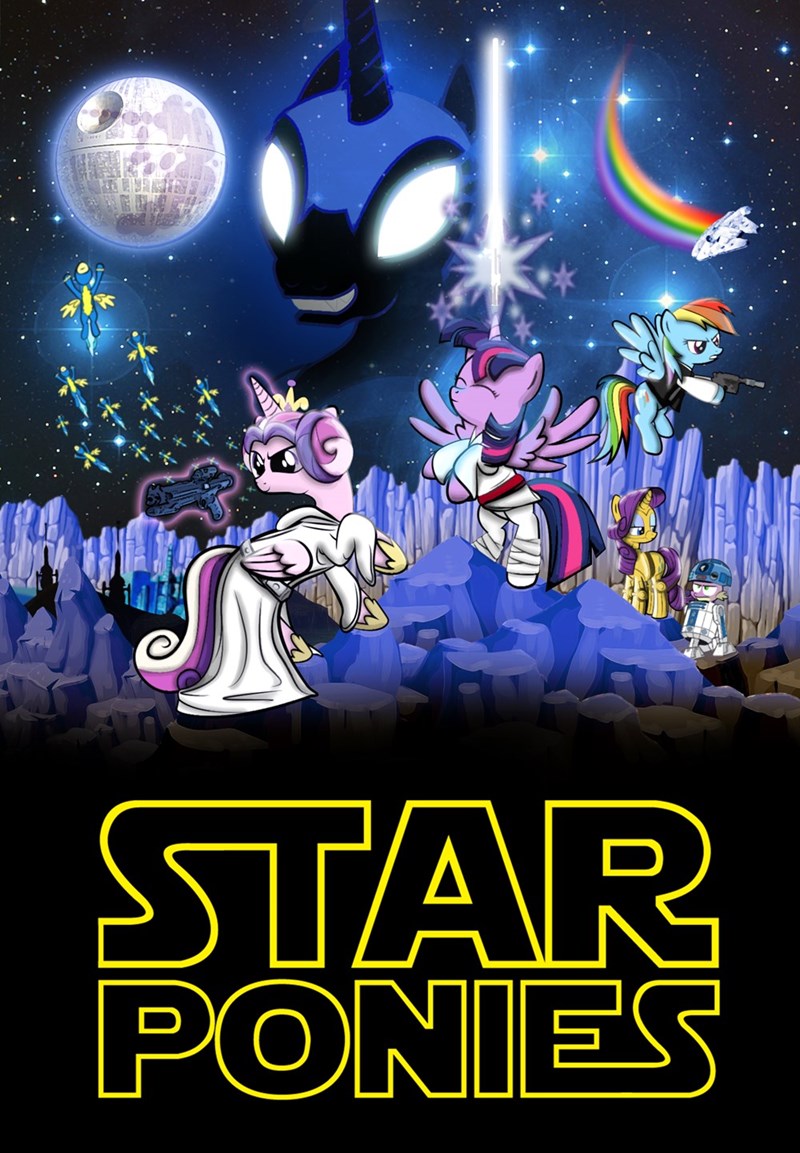 Ponyville. You will never find a more wretched hive of scum and villainy. 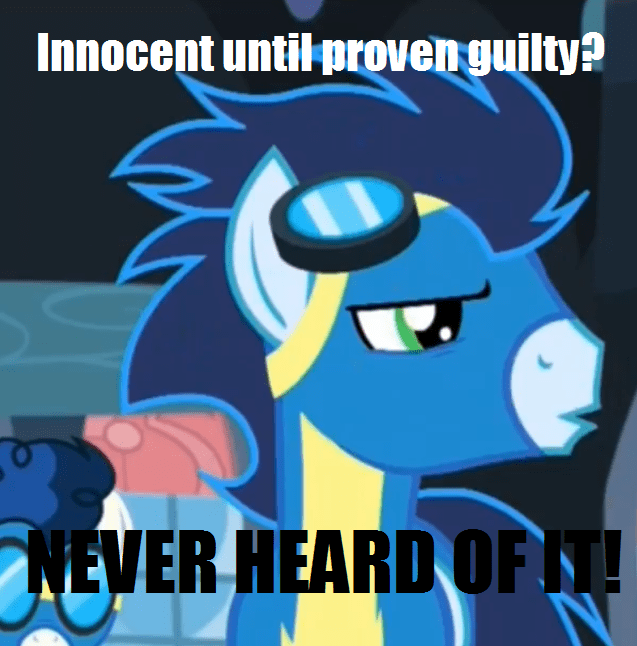 Who needs the judicial system when you can use mob mentality! Everybody wins! But that one guy. That one guy probably dies. 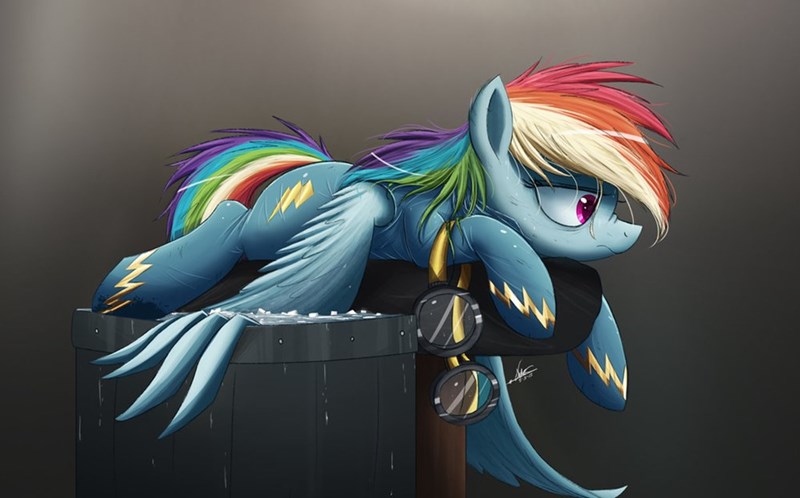 It's everything you ever wanted. Right, Rainbow?

Our Wonderbolt Fangirl, Everyone 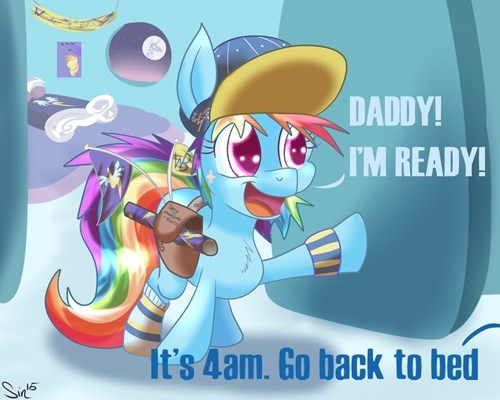 Wonderbolts training starts at six, but Dashie's one step ahead. And two steps ahead of her father. 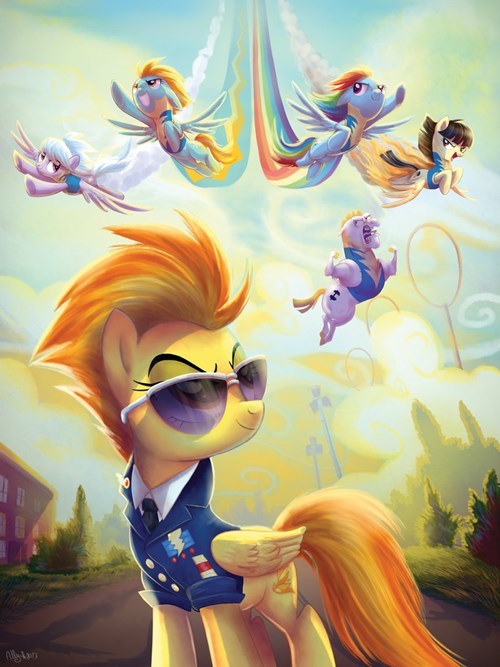 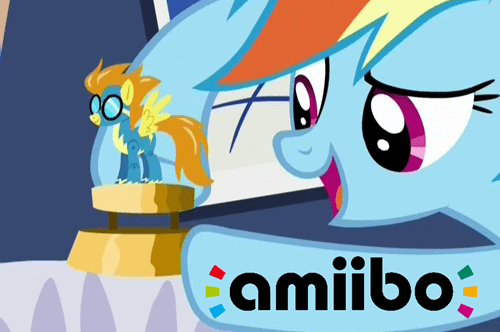 Scootaloo As a Wonderbolt Hits Me Right In The Feels 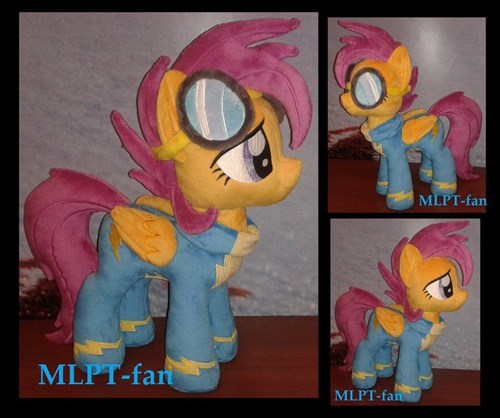 Dashie Thinks Outside The Lines 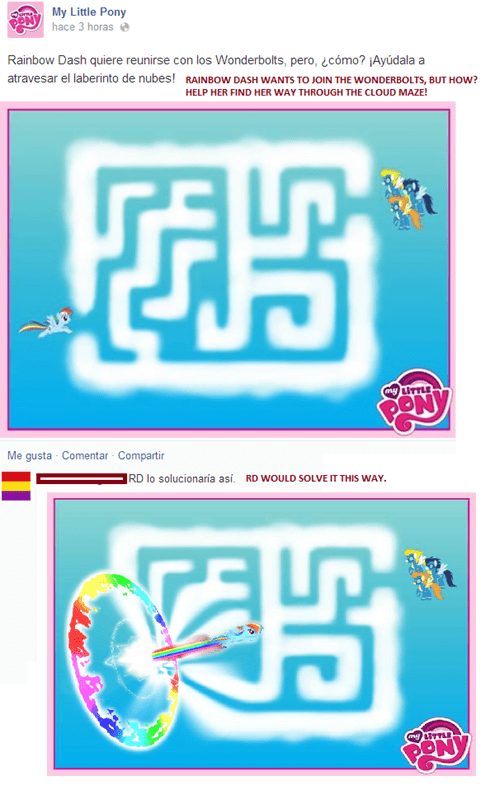 Twi As Commander Easyglider Would Be The BEst T-Shirt 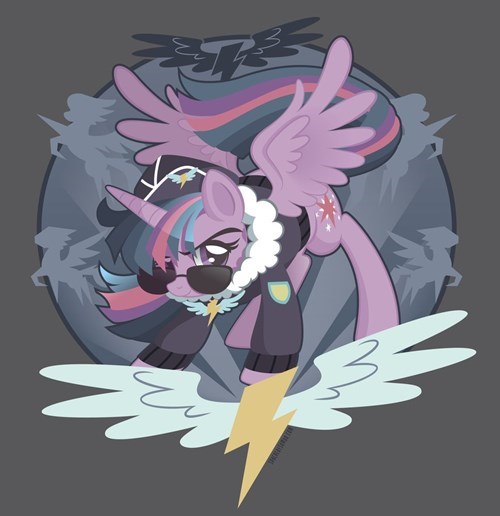 Remember Thinking Things Will Be Better This Year?

This Is Gonna Be a Surprise

You're Just Saying That, Gwenpool