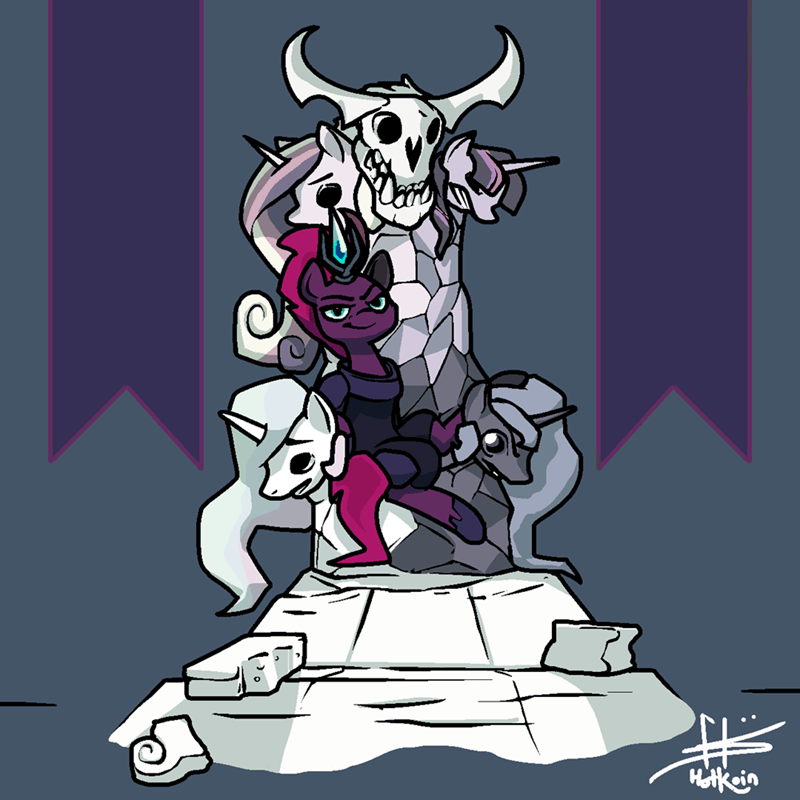 In this timeline the invasion went off without a hitch, all four princesses were captured and the ponies were enslaved! When the Storm King betrayed her she managed to grab the Staff of Sacanas and used it to eliminate the treacherous king. After she carved and reformed the staff into a powerful new horn she turned the shattered remains of the formal rulers into a suitable throne. She ruled Equestria with an iron hoof for all of a month until Discord got back from his vacation and upon finding out what she did he turned her into a trout and fixed the princesses… What? that's why it's a bad ending, Tempest Trout got ate by a bear.