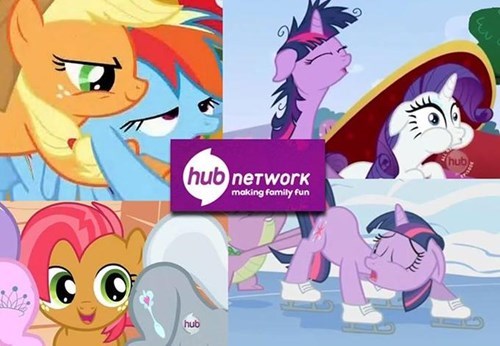 Hub Logo Was the Butt of All Jokes 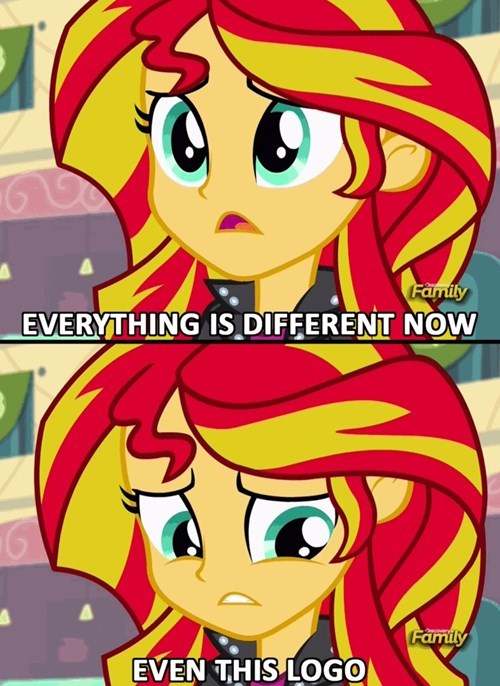 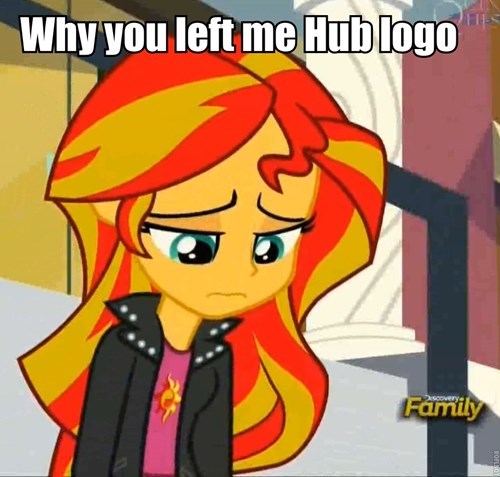 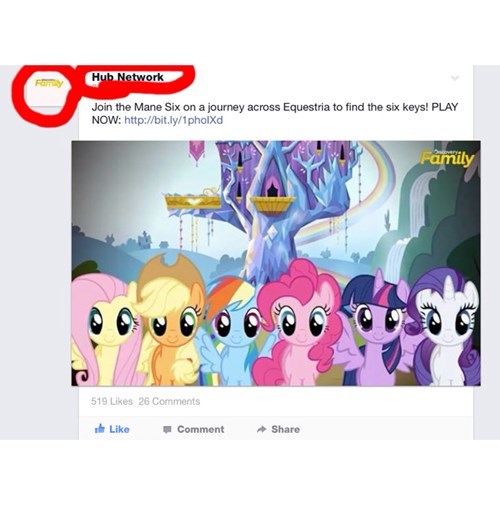 Only on Discovery Family! 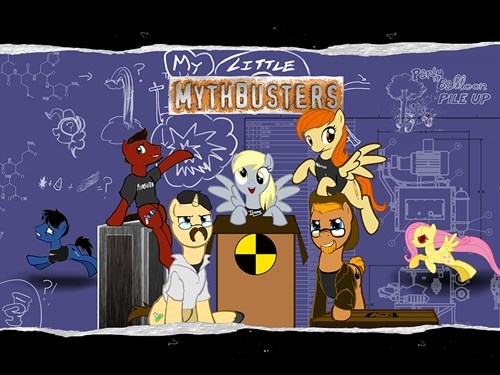 If changing the name from The HUB to Discovery Family gives us this, then I have no complaints.

Will We, Fluttershy? Will We? 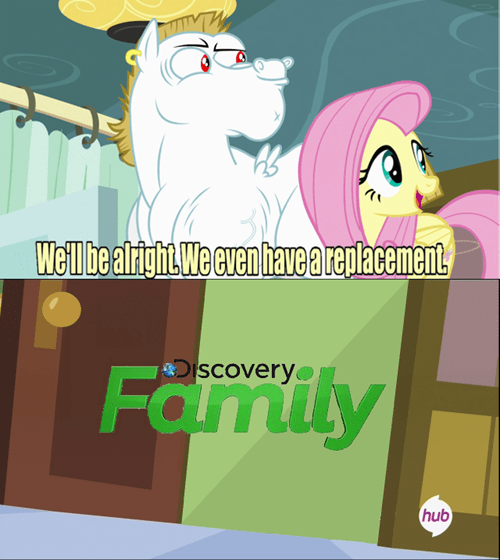 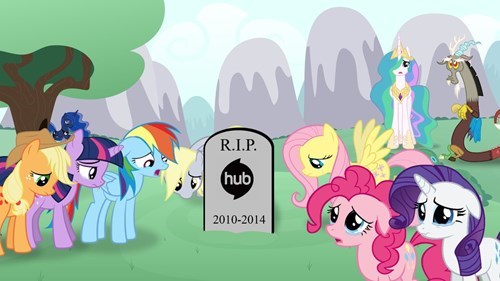 Ladies and Gentlemen, Bronies and Pegasisters, fans of both old and new today, on October 13th, 2014, we have lost a good channel, no, a great channel, a channel that not only gave us one of the most revolutionary childrens cartoons shows of today's time, but also gave us the great classics that we all love as we were in our youth, whenever you where a kid in the 70s, 80s, or even the 90s, this channel... Sniff this... great channel... was not just a Hasbro marketing point, it was a true gem, bringing back all of our childhood memories, and made the channel not just for kids, but for the entire family... like TV was in the before time, when I first a starting brony, I thought watching My Little Pony on the computer was good, but then when my mother was painting for one of her friends house, and she let me hang out in the game room sniff it all changed for me man, I realized that watching Ponies on the classic Boob-Toob is the best way to do it, ever since those days, I have been begging and begging for my parents to get Digital-TV for me, and after like a few months or so, they finally gave them me, and that's when I watched other shows, like Pound Puppies, Littlest Pet Shop, Care Bears Welcome to Care-A-Lot, Alf, and Happy Days, and they... kicked... ass... I remember every Christmas season they do an online competition featuring both the main heroes and villains in a contest called "Naughty or Nice", the first year was a poll, the second year was a tournament, and the third year was an award show, and they played any type of movie, no matter what company they use, and here's a fun fact sniff remember the banned Tiny Toons episode "One Beer", well after 20 years after it has been premiered, the Hub played it... on... it's... channel... in conclusion, the HUB was a magnificent channel, and I'll damn wrong if I say Discovery Family will do better than the HUB, anyday, cause it just won't man, it just won't, cause you can shows all the great travel sites and all that crap, but you'll take away... our childhoods... sigh if anyone has anything to say about the HUB, let your words speak now, in the hopes that it will return to enhance our childhoods, even more... but for now, we say... Catch You Later "HUB" Network (2010-2014)

The Hub's "What The Hubbub" Stream In a Nut Shell

Ah, what a throwback to the days of dialup. 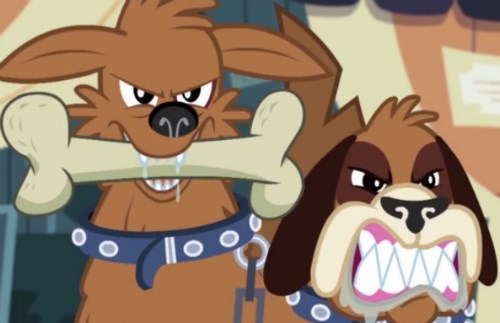