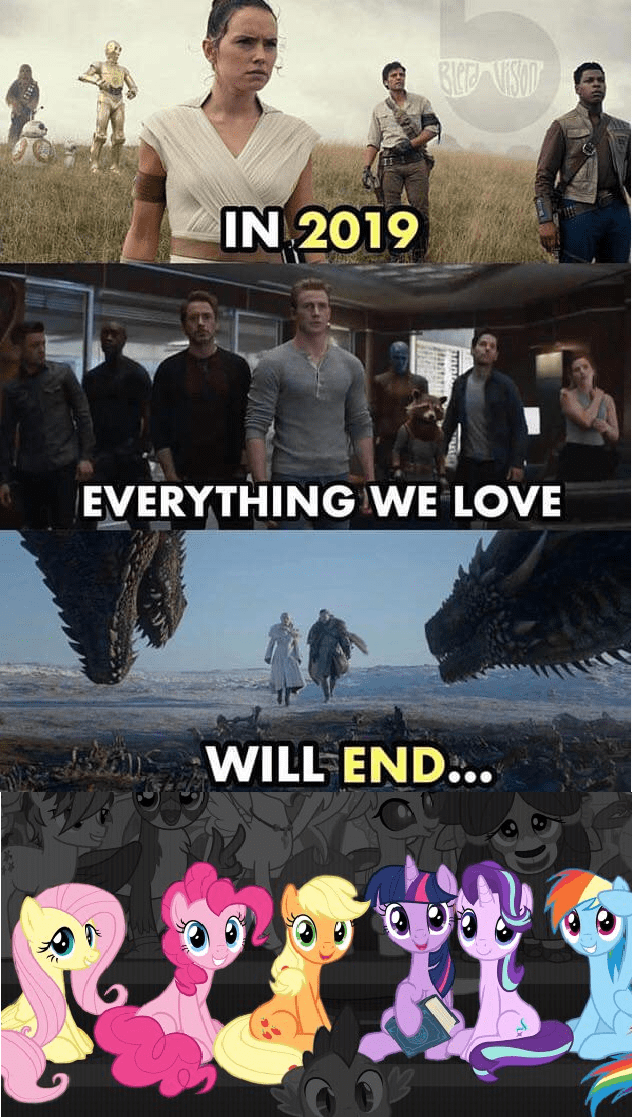 T'wil be a harsh year for all of geekdom...

This Is My Chair for Dealing with the Peasantry 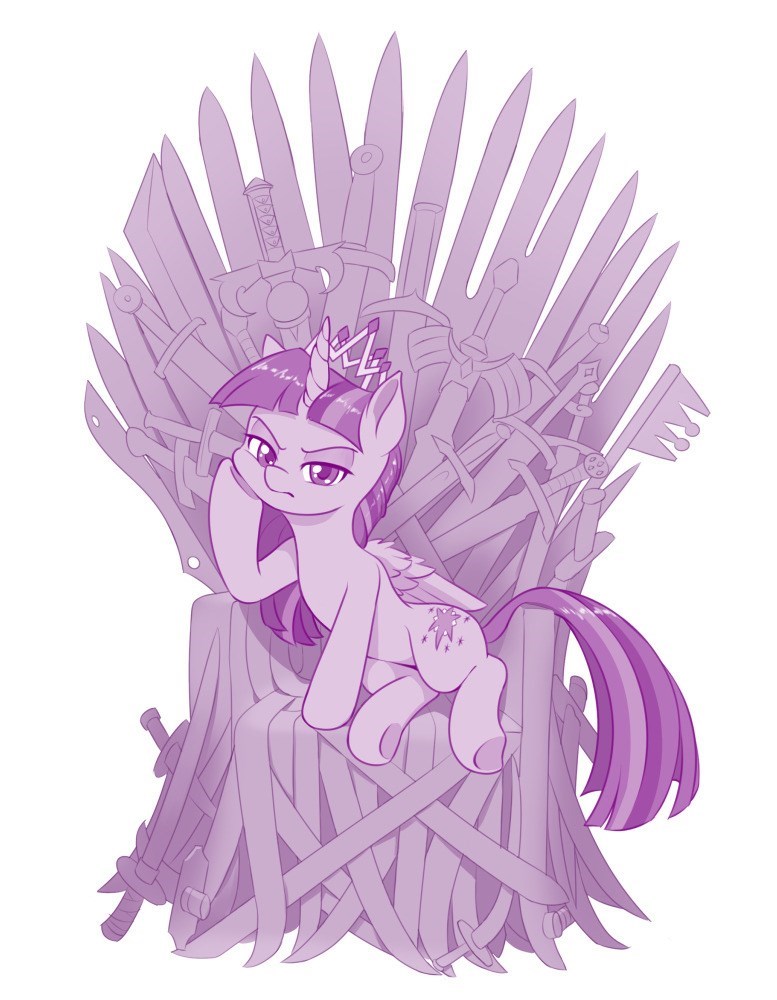 Twilight has a lot of chairs. 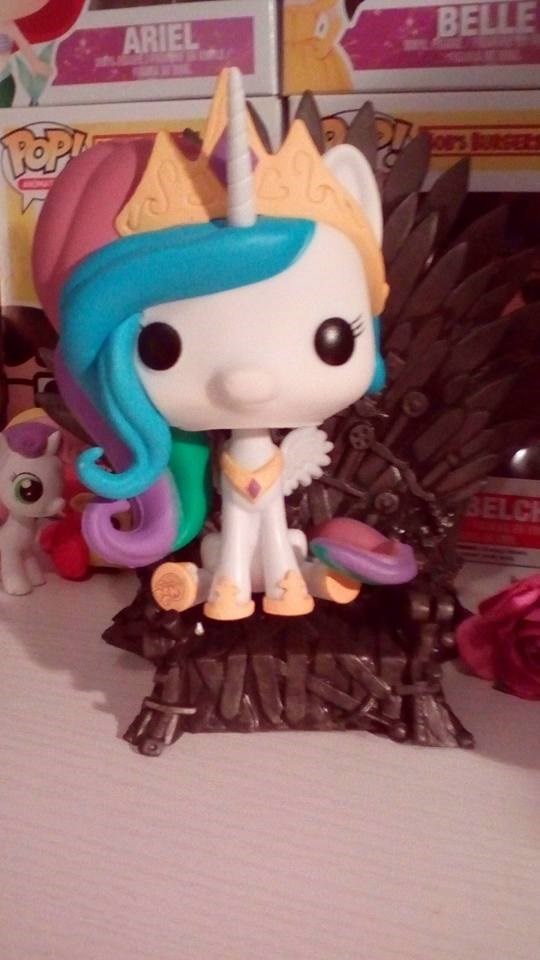 How Did She Even Do That with Hooves? 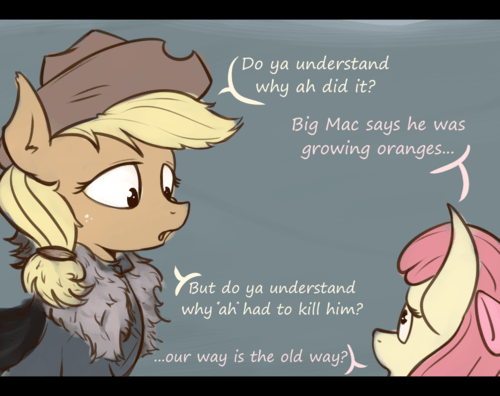 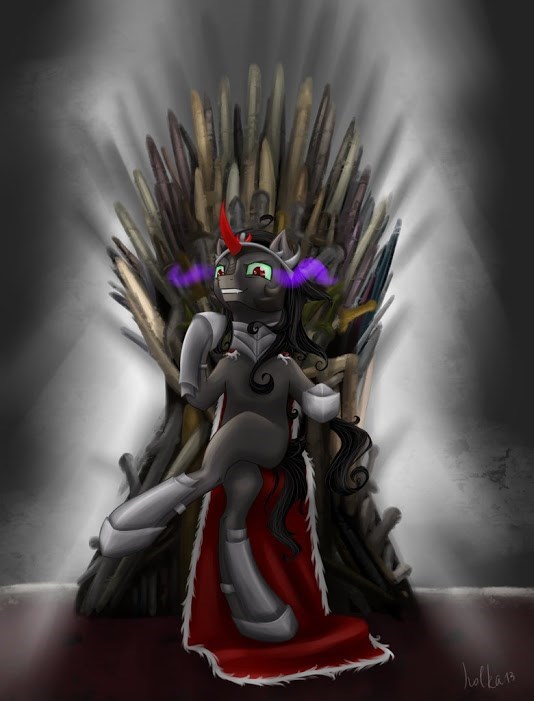 I don't actually watch GoT... I just thought the mashup was cool. 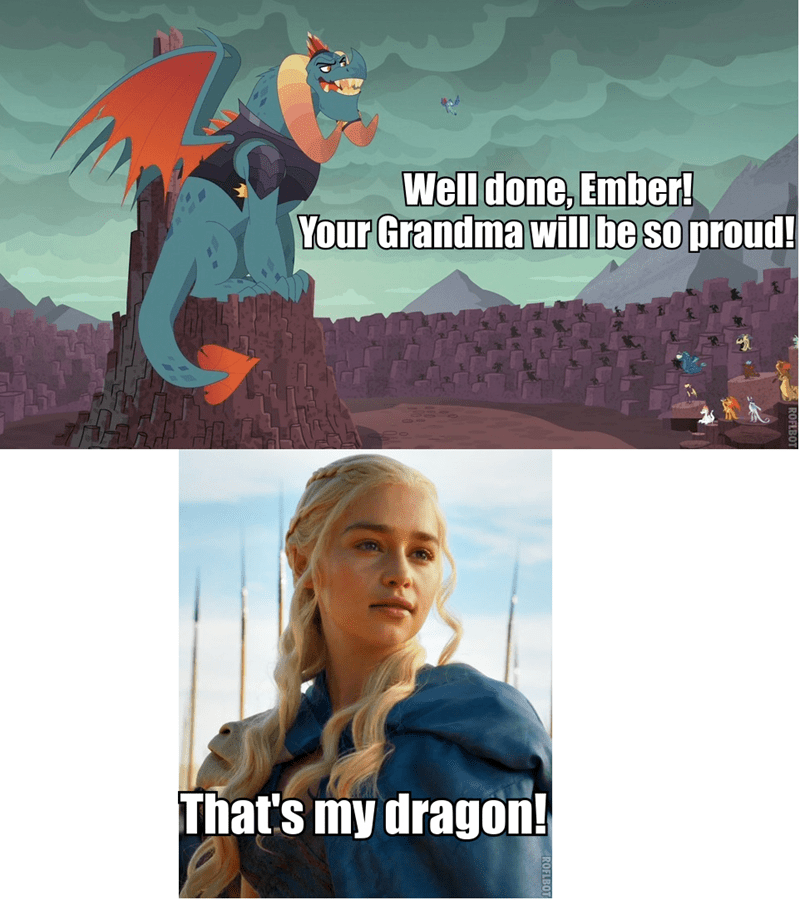 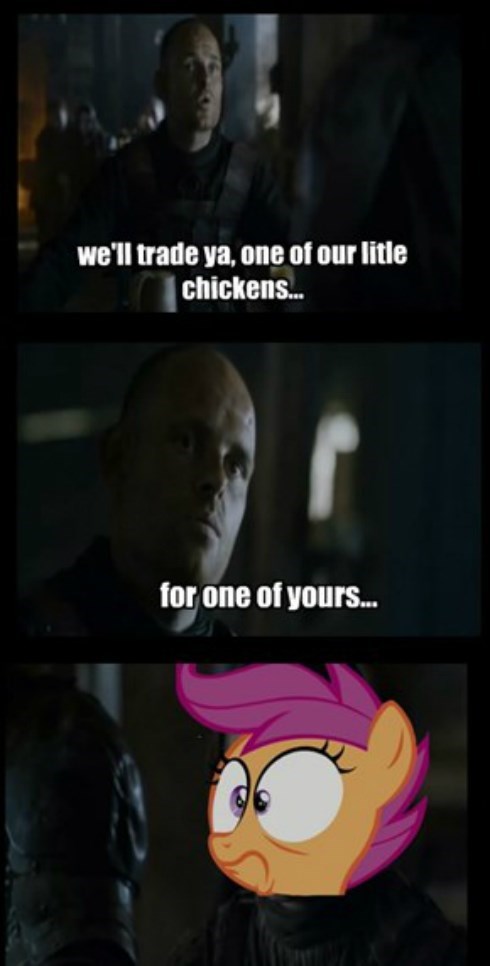 he's going to eat ever f**king scootaloo in this room 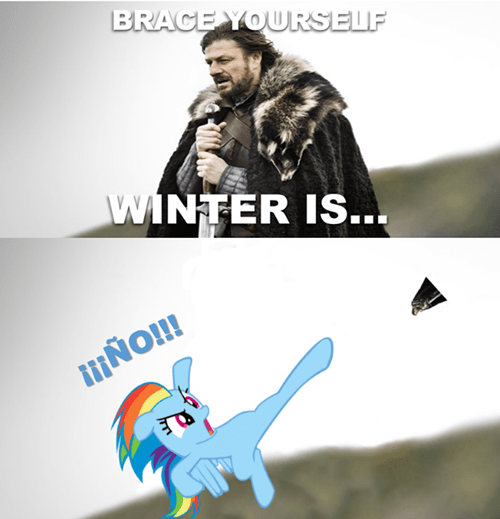 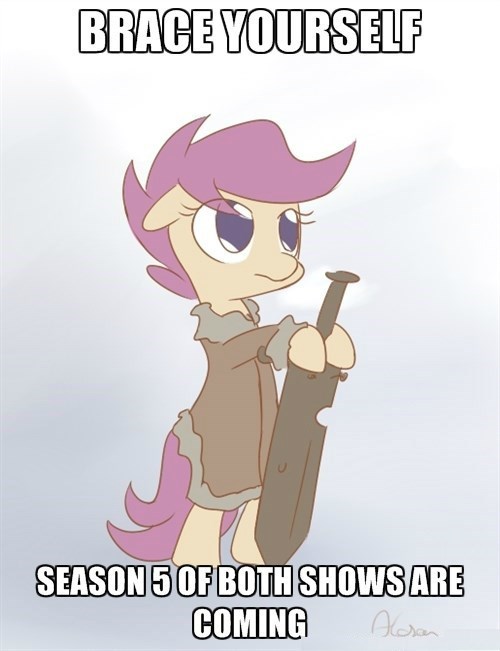 Pony Puns Classic: She's The 'Hand' of The King 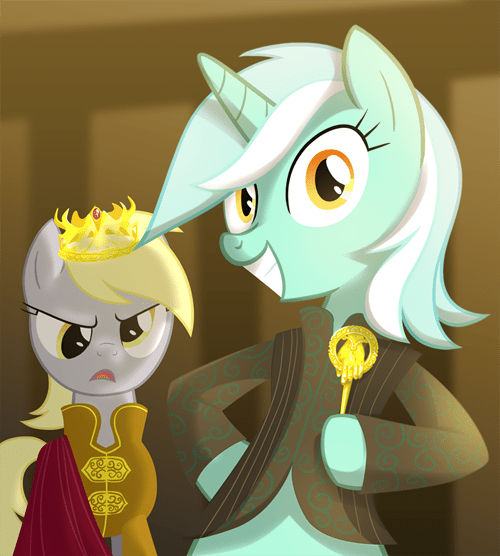 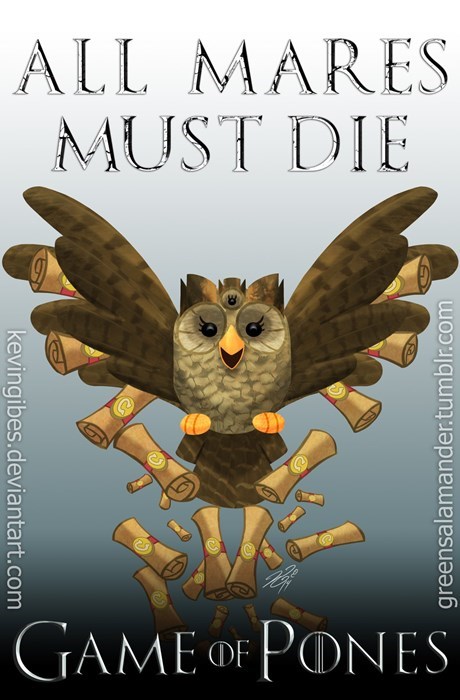 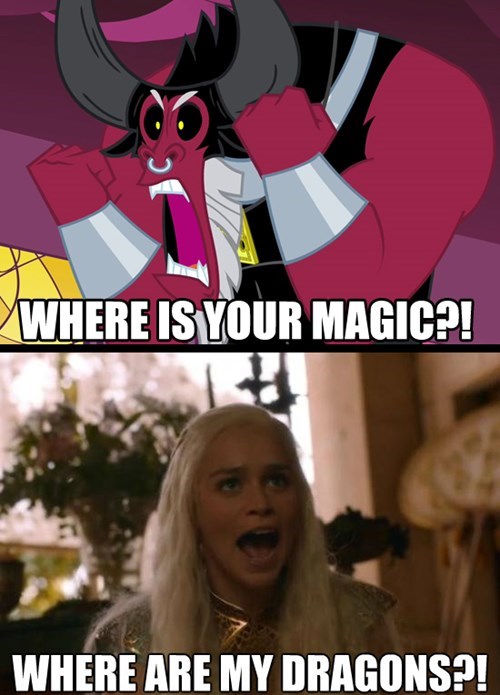 Arya Gets a Pony 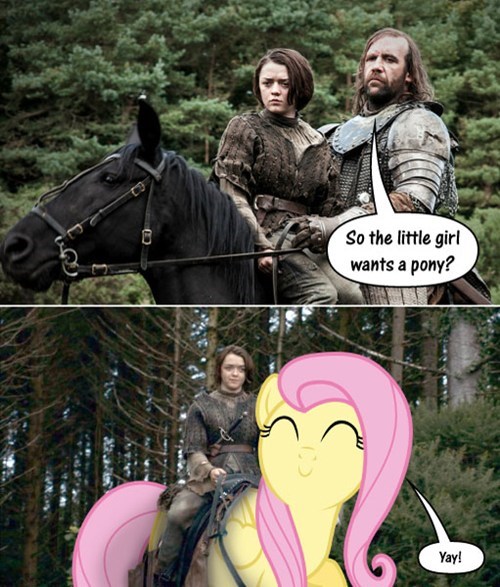 Friendship and Winter are Coming! 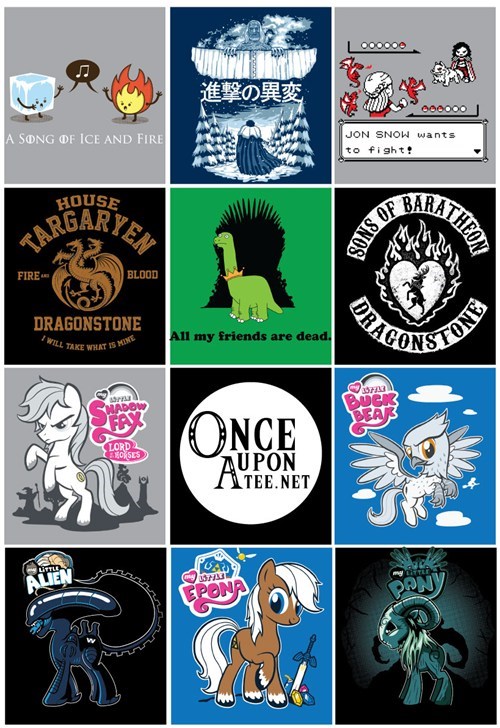 By OnceUponaTee (Via Once Upon A tee)
Repost
Recaption

This week's collection at Once Upon a Tee is inspired by Westeros and everyone's favorite ponies! Use the code "GEEKLIFE" for 5% off $20 or more and if you could continue to spread the word, we'd be eternally grateful! 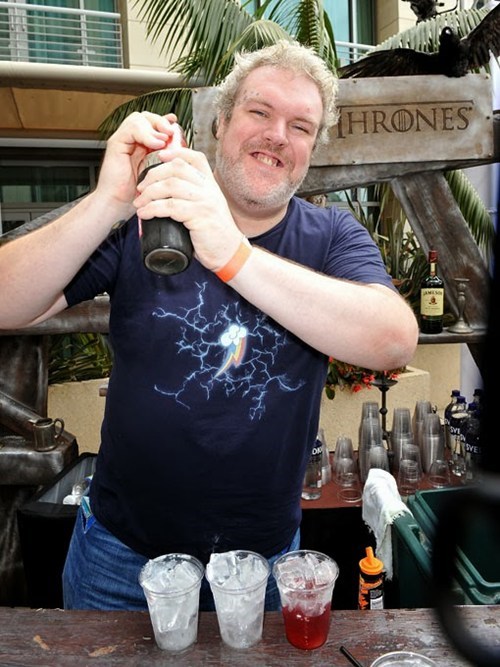 Actor Kristian Nairn who you may recognize for his role in the ridiculously popular Game of Thrones TV series, is apparently also a fan of MLP! As you can see from the image above, he owns a bit of personal pony swag, including one with a mare in the moon, and the other dropping Rainbow Dash's cutie mark. I guess if your parents ever bug you for blasting the MLP theme at 7-10AM on Saturdays, you can point them to this badass. (This description was taken straight from "a href="http://www.equestriadaily.com/2013/11/hodor-from-game-of-thrones-rockin-pony.html" target="blank" EquestriaDaily)

Pikachu is Ready to Rock (and Surf, and Fly)