Not Sure if Brave or Stupid 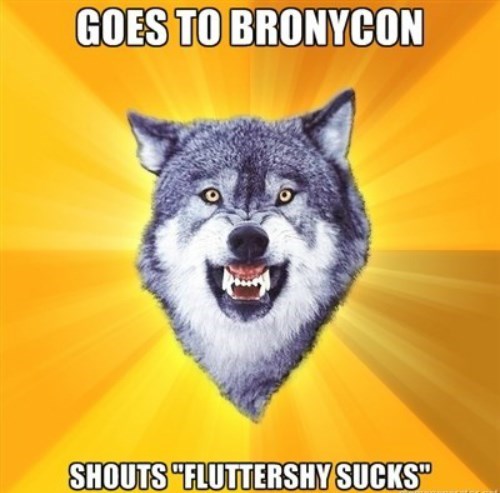 Once You Hear About The Ponies, They're Everywhere 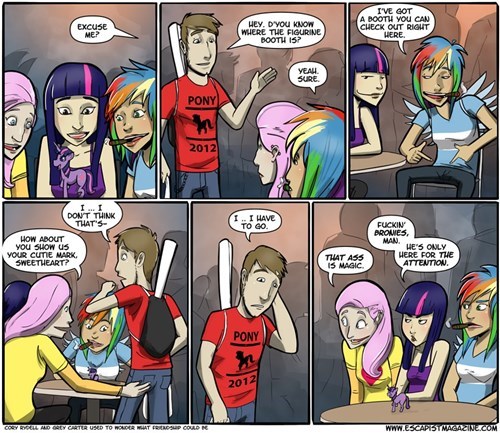 Welp, Shatner is in The Herd 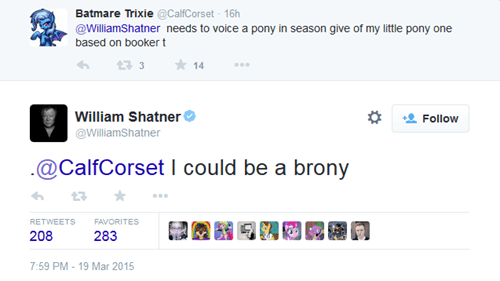 Your Dreams Will Be Shattered 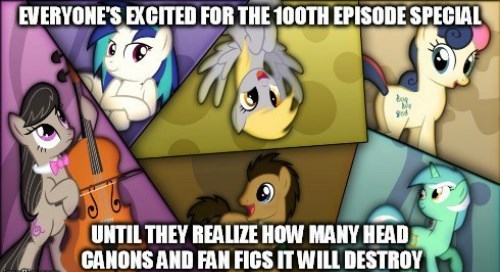 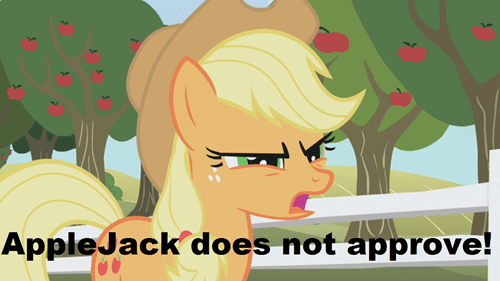 So I work at a used bookstore in North Carolina. It happens to sell some geeky items as well, including some My Little Pony merchandise. Among that was playing cards. Emphasis on "was", as I discovered the remains of the stolen cards over three days. On one day, I found and empty box. The next, I found two of our store's stickers peeled off for the same products, just as any thief would so that it wouldn't be obvious they were taking product. The next day, I found three more such stickers. These stickers were peeled off too neatly and placed on too high a shelf for a child to have been the culprit. Clearly, this was an older patron of the franchise. How ironic, considering that the show is supposed to be about friendship and honesty. While I don't believe most of the fanbase would do such a thing, I want to post this here in the hopes the culprit sees this. If you're here, understand that you didn't simply take something from a nameless, faceless corporation, you stole money out of the pockets of people who have created a desirable product and those of us who are trying to earn money by selling these products. You're not simply stealing playing cards, you're stealing money from hardworking shelvers, cashiers, and others. Thanks, Jerk.

Welcome to the Fandom! 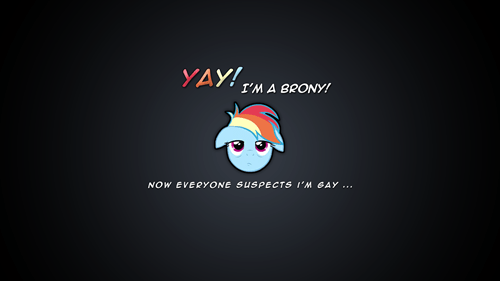 This Ship is Intergalactic 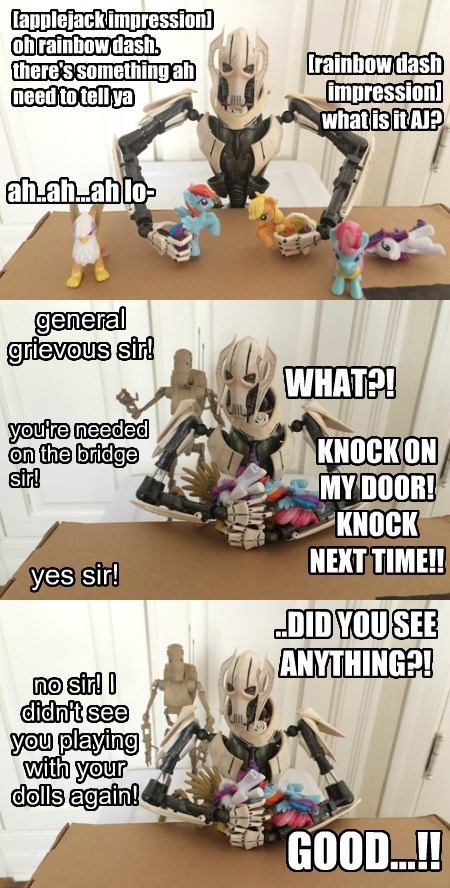 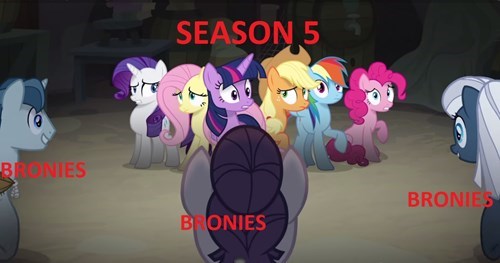 This Club Is Adults Only 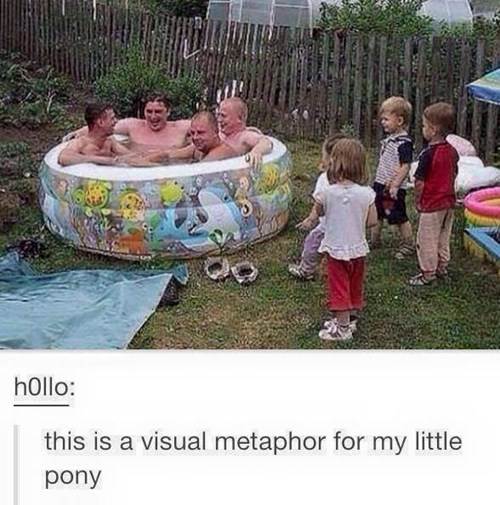 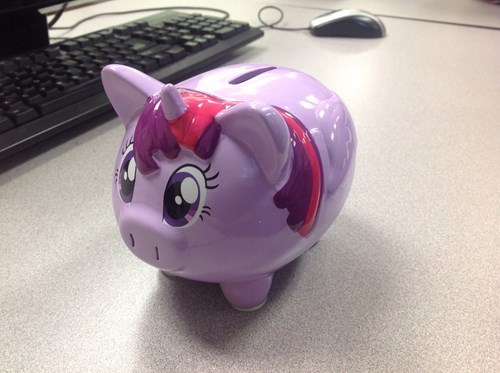 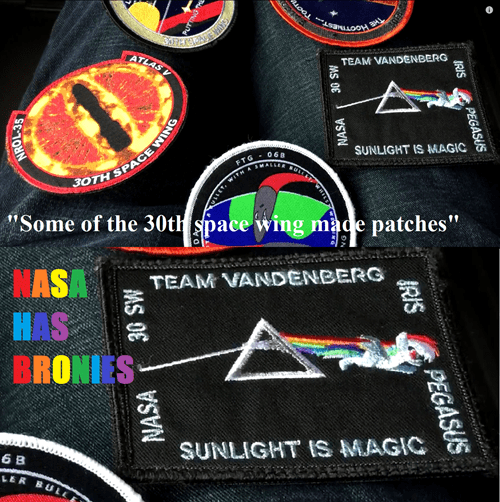 You Had Me At Pony 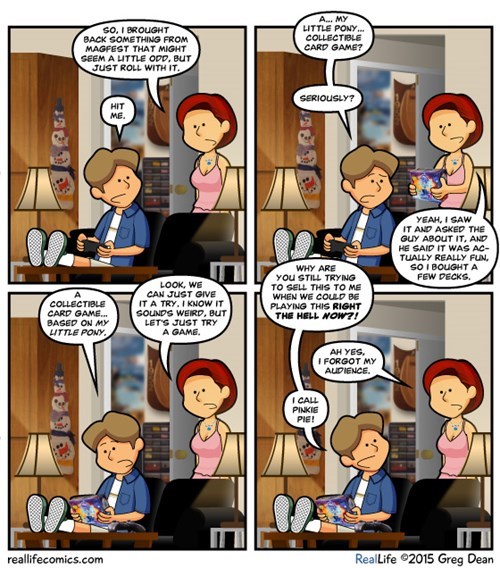 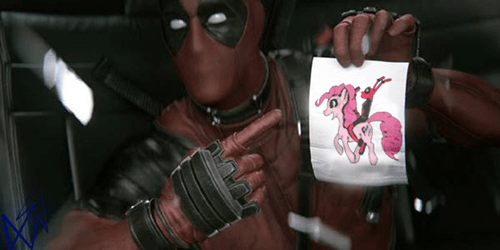