Now THIS is a Full-Sized Dragon 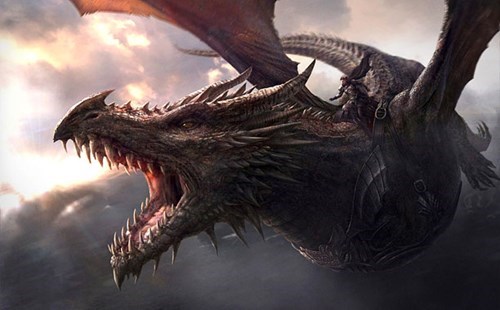 GRRM has released this illustration of a fully grown dragon alongside a preview of his companion to the A Song of Ice and Fire series, The World of Ice and Fire: The Untold History of Westeros and the World of Game of Thrones. Check it out on his site.

We Can Only Hope 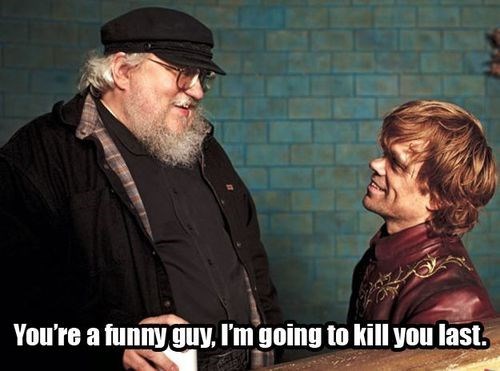 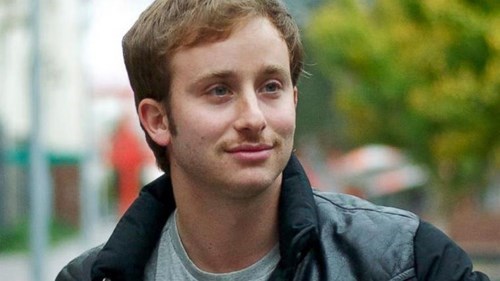 Dave Goldblatt, a Facebook employee from San Francisco, California is one of two people who donated $20,000 to George RR Martin's Prizeo campaign benefiting a wolf sanctuary in New Mexico. His prize? He'll be turned into a character and killed in Martin's upcoming book. Speaking to ABC News, Goldblatt said "I'm just lucky enough to be in a position to do this. Obviously, the money is going to charity, so it's an added bonus. I didn't immediately seek to help wolf sanctuaries, but the more I read about the charities, I learned it was a worthwhile cause." Goldblatt has chosen to be Valyrian, because he thinks they're cool and hopes to see more of them in the series.

Game of Thrones Gets the Cartoon Treatment 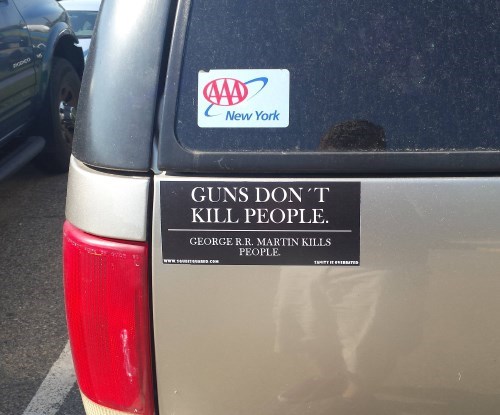 All Men Must Face GRRM 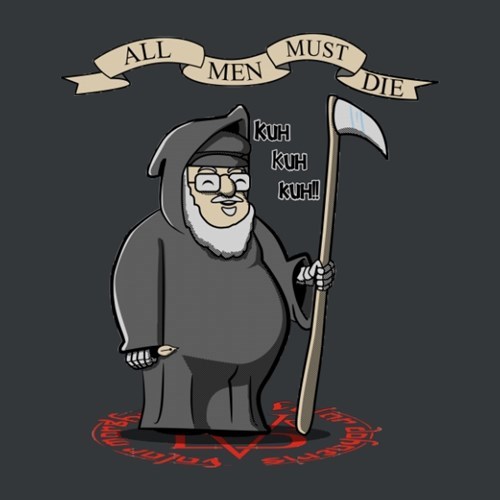 Petyr's Feelings for Sansa are Complicated to Say the Least

Hope You Weren't Hoping to See GRRM at Comic Con 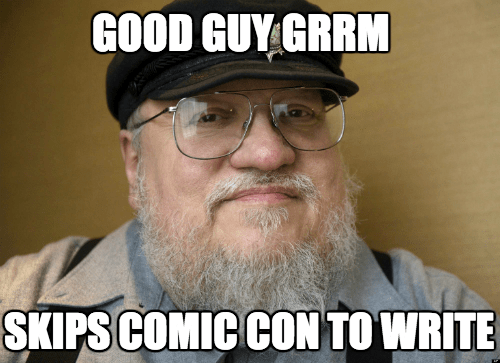 George RR Martin announced that he won't be attending San Diego Comic Con this year (as well as World Fantasy Con) because he's staying home to focus on writing Winds of Winter.  Hear that?  That's the sound of the bevy of "why isn't he writing?!" complaints you were going to hear during con season getting quashed in the background.  GRRM did add however, that if he finishes the novel before the con (ha!) he reserves the right to change his mind and attend afterall. 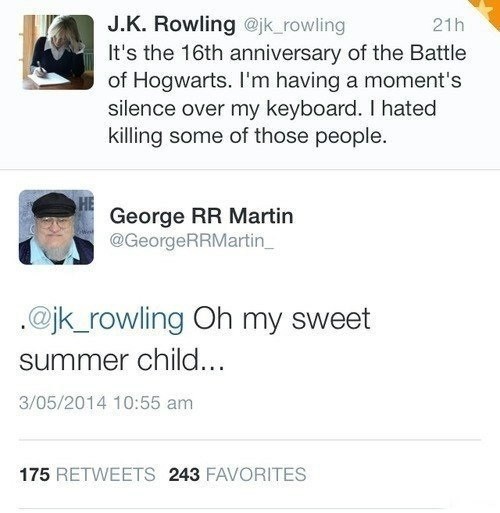 The Man Can Sure Plan a Dinner Menu 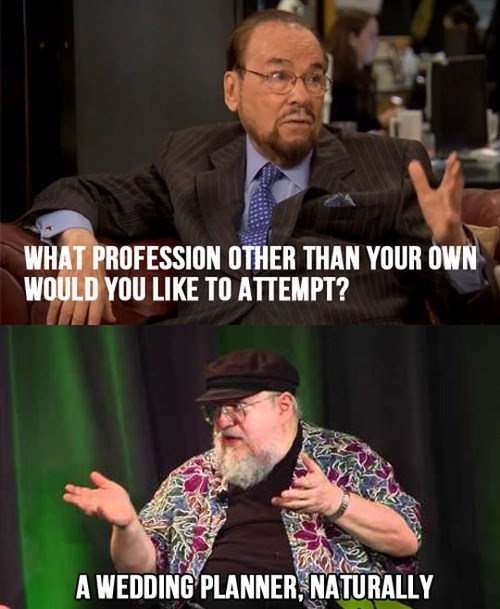 Aw Yeah Girl, Do It Again 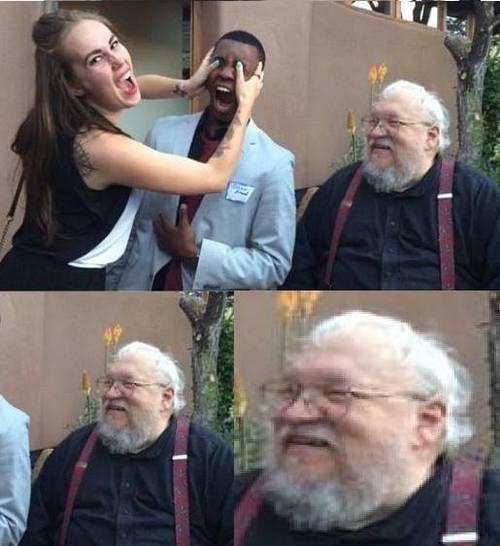 All I Want for Christmas is the Next Book

Whatever You Do, Don't Get Attached 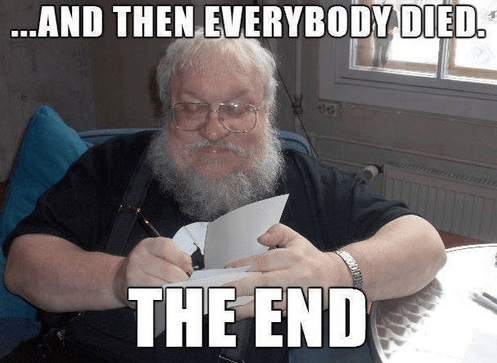 GRRM Cosplays Are Either Scarily Accurate or Just Plain Scary 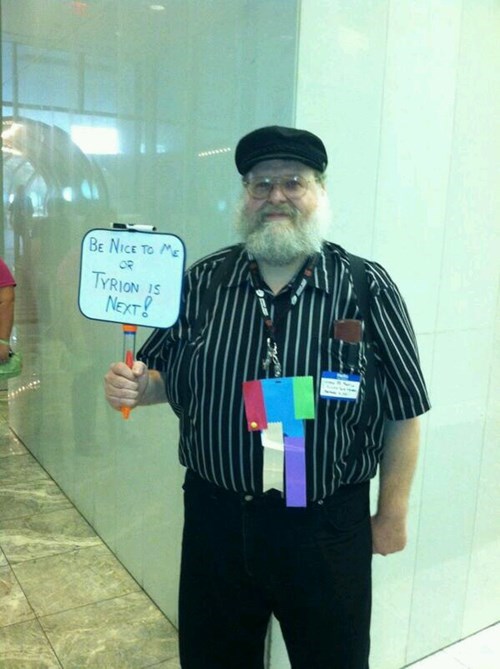 Want to Practice Yoga and Run a Dungeon at the Same Time?