The NSA is in Your Games, Watching Your Raids 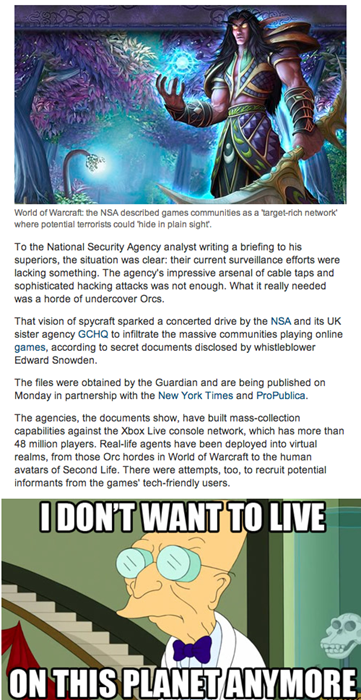 According to an article by The Guardian, a 2008 NSA document called "Exploiting Terrorist Use of Games & Virtual Environments" has surfaced, and it details a plan to use games like World of Warcraft, Second Life, and even services like Xbox Live to locate and monitor terrorist activity. From the article:

If properly exploited, games could produce vast amounts of intelligence, according to the NSA document. They could be used as a window for hacking attacks, to build pictures of people's social networks through "buddylists and interaction", to make approaches by undercover agents, and to obtain target identifiers (such as profile photos), geolocation, and collection of communications.