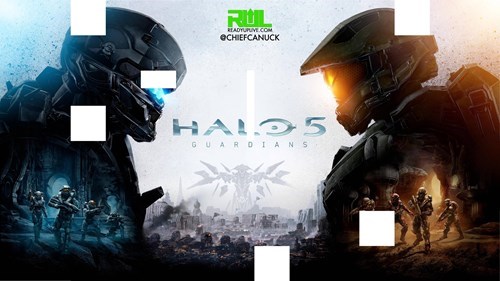 Xbox marketing sent out an email scavenger hunt as part of their "Hunt the Truth" campaign for Halo 5, leading players on a quest for over a hundred images that make up the one you see above.  The images were scattered amongst Xbox social media accounts around the globe, and together have revealed the Blue Team (Fred, Kelly, and Linda), as seen in the bottom left corner of the image.  Some are hopeful that the yet to be finished image is cover art for the game, though it may just be a rad promotional image.

Update: Here's the finished animated poster, which will serve as cover art for the game:

There are two sides to every story:

And to top it off, here's the latest Hunt the Truth podcast:

What do you think is the truth about Master Chief?
Comments

Your Package Will Be Slightly Delayed