harry potter and the cursed child

The Synopsis of JK Rowling's New Play, Harry Potter and the Cursed Child, Has Been Revealed! 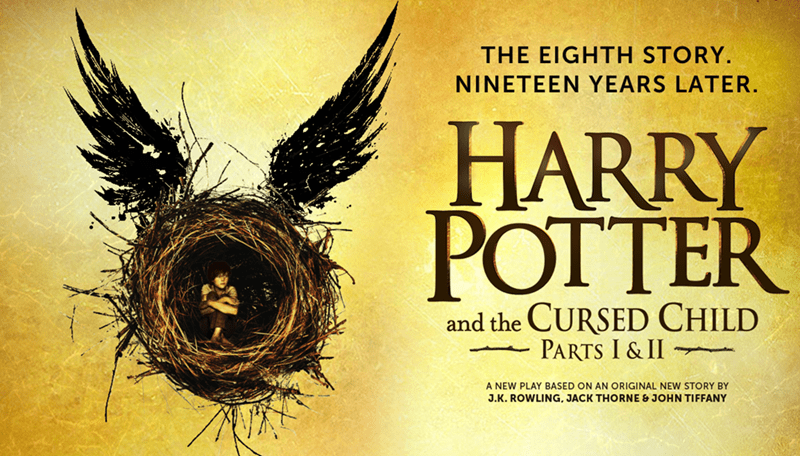 JK Rowling's latest entry into the saga of everyone's favorite wizard, a play called Harry Potter and the Cursed Child, takes place 19 years after we last left The Boy Who Lived. According to the newly released synopsis, things aren't totally happily ever after for Harry and his family:

It was always difficult being Harry Potter and it isn’t much easier now that he is an overworked employee of the Ministry of Magic, a husband and father of three school-age children.

While Harry grapples with a past that refuses to stay where it belongs, his youngest son Albus must struggle with the weight of a family legacy he never wanted. As past and present fuse ominously, both father and son learn the uncomfortable truth: sometimes, darkness comes from unexpected places.

The play is being presented in two parts, which Rowling assures will make sense once you've seen it: "The story only exists because the right group of people came together with a brilliant idea about how to present Harry Potter on stage. I’m confident that when audiences see Harry Potter and the Cursed Child they will understand why we chose to tell this story in this way."

After yesterday's casting news of a black Hermione Granger in Harry Potter and the Cursed Child, fans took to Twitter and began riffing on other characters in the series with different nationalities. JK Rowling even joined in to express her fondness for a few with praise and retweets.

Somebody draw these, stat!