Faith in Hollywood Restored: This is (Probably) Battle Cat From the Masters of the Universe Movie 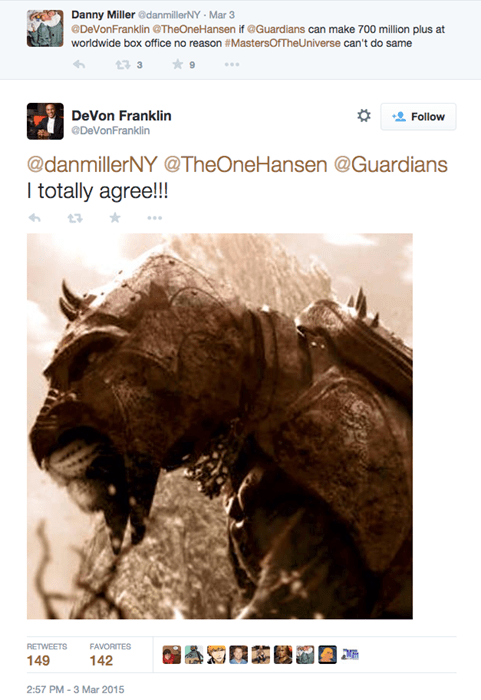 There's been little news of Sony Pictures' Masters of the Universe movie lately (though it's got a new script draft), but the Senior VP of Production at Colombia Pictures tweeted out this photo when asked for an update about the film.  If that isn't Battle Cat, I don't know what it is.  But either way, it sure looks awesome.