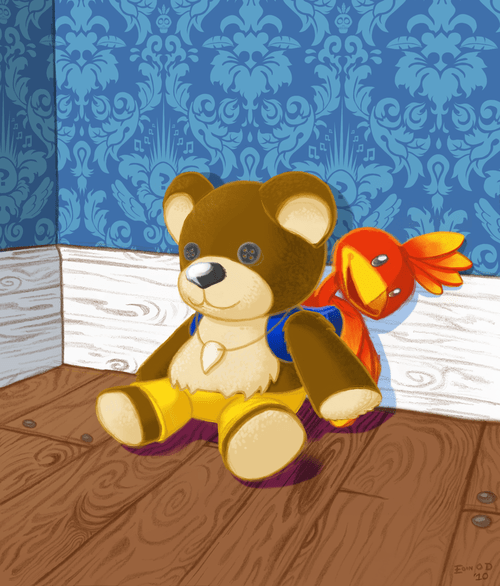 That Spiritual Successor to Banjo-Kazooie? It's Called Yooka-Laylee and It's on Kickstarter

Meet Yooka and Laylee, the chameleon and the bat at the head of Playtonic Games' Yooka-Laylee.

Yooka uses his tongue as a grappling hook, while Laylee carries Yooka around on wings as the pair roll, jump, and fly to great adventures in this new platformer.

If you're feeling like you're having Banjo-Kazooie flashbacks looking at this, there's a reason for that; the game's developers are a group of former Rare employees who have come together at a new company of their own called Playtonic Games.  This is the studio's first game, and they've made no secret of the fact that they want it to be a "spiritual successor" to Banjo-Kazooie. Playtonic is taking their game to Kickstarter in order to get financial support from fans and make this game the best it can be. When funded, Yooka-Laylee will be released for PC, Mac, Linux, Xbox One, PlayStation 4, and Wii U. Part of the Kickstarter's goal is achieving simultaneous release for every platform, as well as co-op mode, multiplayer, extra bosses, and additional languages.


Shut up and take my money!

If you aren't up to speed on this one, get there. This game first began making waves when it broke crowd funding records to fund it's development. The fans spoke, they want to see a revival of 3D platformers.

If you think the game looks too much like Banjo-Kazooie by Rare, thats because that's exactly what it is, minus the branding. Playtonic games is made up of all the old Rare devs, art directors, and composers from Rare's glory days and they're determined to revitalize their beloved style.