Sure, you can be a normal fan and just shake Chris Evans (Captain America) and Hayley Atwell's (Peggy Carter) hands after schilling out to get your picture with the Marvel actors, but why not do something special? That's what Kelsey Jenkins' boyfriend did. The two were cosplaying as Black Widow and Captain America at Salt Lake Comic Con when he decided to shock everyone with a proposal. 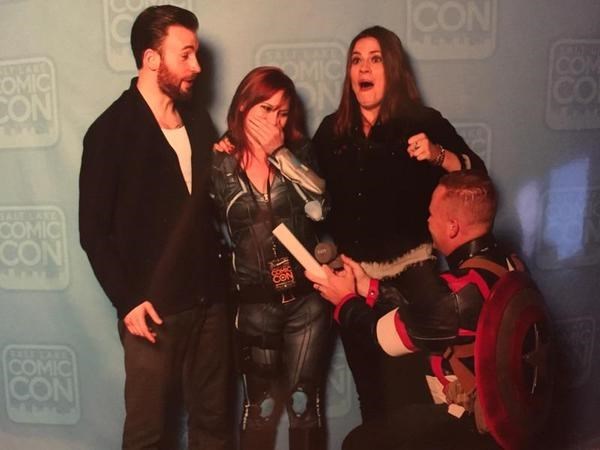 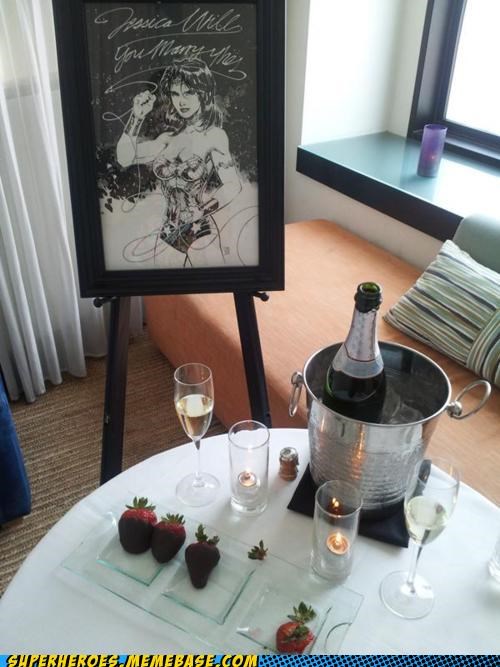