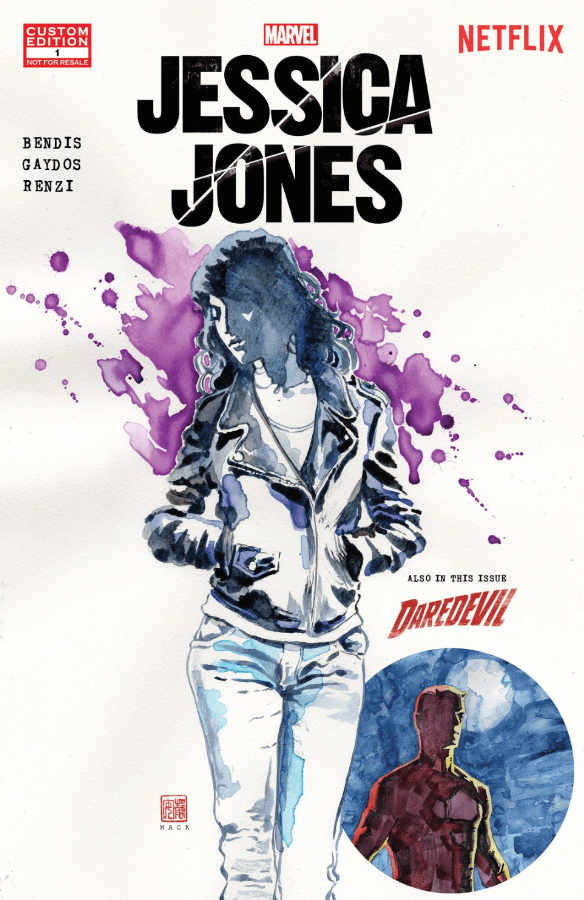 Premiering November 20th, Jessica Jones, Marvel's next Netflix series will continue to introduce the 'street-level' heroes of Hell's Kitchen, New York. This hero isn't as recognizable as her counterparts. As part of MAX (Marvel's first unrated comic line) Alias featured Jessica Jones' downward spiral after a serious trauma forced her to hang up her cape and become a private investigator, but the series only ran for 28 issues between 2001 and 2004.

Now, in order to help audiences catch up with the lesser known hero, Marvel got the original creators (Brian Michael Bendis and Michael Gaydos) to create a free 12-page issue connecting Jessica Jones to the over-arching MCU.

There's even a special Daredevil cameo. You can get a Digital Copy at Comixology. You should do it now! It's free! 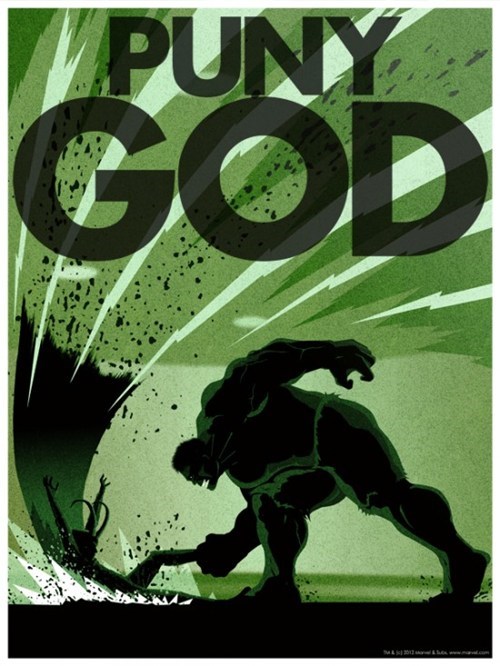 If you're buying any sort of DVD or Blu-ray version of The Avengers, you're entitled to a snazzy free poster, then have the option to pay for three more (including this excellent "Puny God" design).