The Internet Finally Got Its Wish... Donald Glover is Playing Ultimate Spider-Man 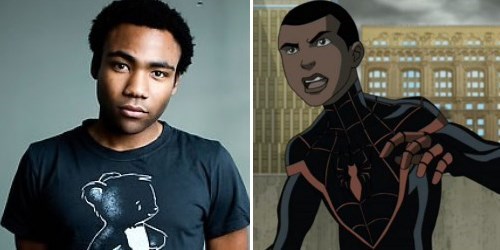 It's been four years since the internet decided that Community alum, Donald Glover, should play Spider-Man in the film reboot. Andrew Garfield inevitably won the role, but when Disney needed a voice to play the Ultimate Spider-Man, teen Miles Morales, they knew just where to turn.

So there it is, folks. Donald Glover is your new Spider-Man. Let's hope he's better than Garfield, but that shouldn't be too hard.