Marvel Had Some Specific Rules For Sony and Spider-Man 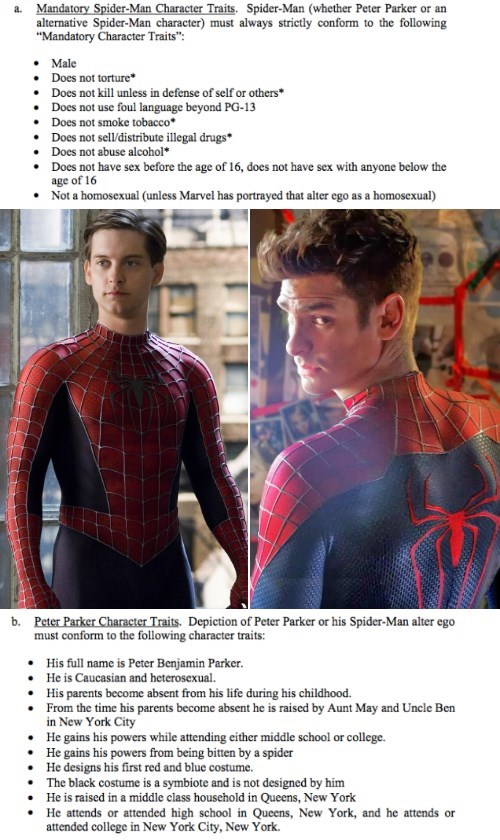 One of the best pieces of information that came out of the Sony hack from 2014, was a list of these rules Marvel had for the production company's portrayal of Spider-Man.

While the rules suggest Spidey can't be gay or black, if Marvel started portraying Peter differently in the comics, the movies could totally follow that storyline. That black suit, though, that HAS to be a symbiote.