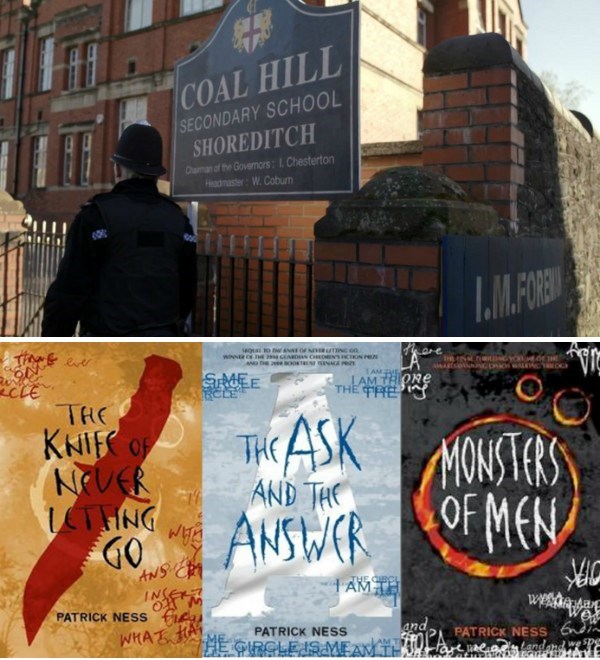 BBC Three confirmed a new Doctor Who spinoff series to premiere in 2016, Class. Produced by Steven Moffat, Brian Minchin and written by English young adult writer, Patrick Ness, the series appears to focus on a group of teenagers at Coal Hill School dealing with monsters leaking out of time and space.

No one has documented the dark and exhilarating world of the teenager like Patrick Ness, and now we're bringing his brilliant story-telling into Doctor Who. This is growing up in modern Britain - but with monsters!

It looks like Patrick Ness is excited to be entering a new medium, too:

I'm astounded and thrilled to be entering the Doctor Who universe, which is as vast as time and space itself. There's so much room there for all kinds of amazing stories, and to work with Steven Moffat and Brian Minchin to find a place to tell one of my own has been an absolute joy. I can't wait for people to meet the heroes of Class, to meet the all-new villains and aliens, to remember that the horrors of the darkest corners of existence are just about on par with having to pass your A-Levels.

Class isn't the first spinoff of Doctor Who, both Torchwood and The Adventures of Sarah Jane came from characters appearing in David Tennant's run as the heroic Time Lord.
Comments
Doctor Who
Favorite

From the video description: A small army of cast and crew from "Doctor Who" have banded together to create a new, spin-off series called "Sons of Gallifrey." Once complete, this pilot will be presented to the BBC.

Mid-Week Animal Memes And Tweets For The Soul