Honor DBZ With a Planet Named for Namek 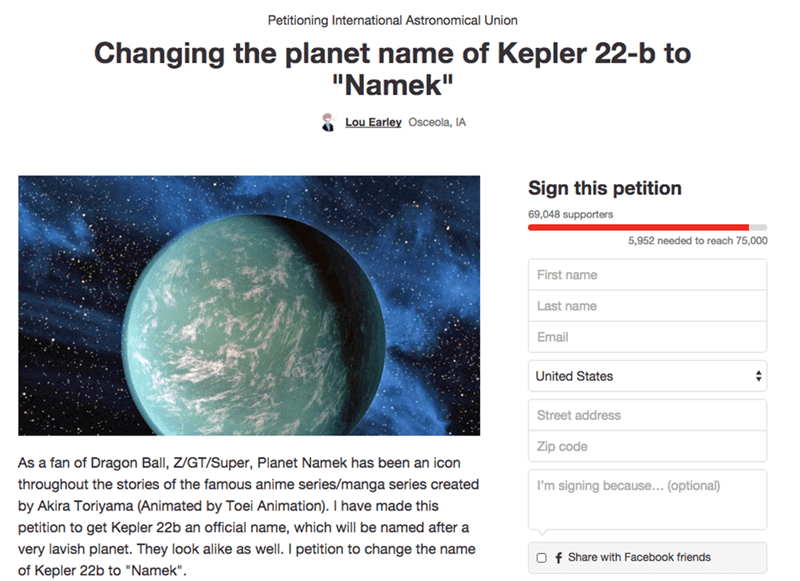 Tired of White People in Your Anime Adaptations? There's a Petition for That! 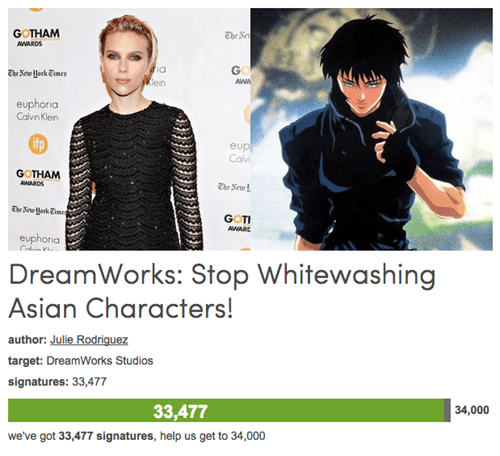 Via The Petition Site
Repost
Recaption

At least 33,000 people don't want to see a sea of whitewashing in Dreamworks' upcoming adaptation of Ghost in the Shell.  Following news that Scarlett Johansson will star in the film, concerned citizen Julie Rodriguez penned a petition to Dreamworks to cast Asian actors in the film.  She explains,

Fans of the iconic 1995 animated Japanese sci-fi film Ghost in the Shell have been anticipating a live-action remake for years -- but now, instead of casting an Asian actress, Dreamworks has selected Scarlett Johansson for the lead role! The film revolves around Major Motoko Kusanagi, a member of a futuristic security force tasked with tracking a mysterious hacker.

The original film is set in Japan, and the major cast members are Japanese. So why would the American remake star a white actress? The industry is already unfriendly to Asian actors without roles in major films being changed to exclude them. One recent survey found that in 2013, Asian characters made up only 4.4% of speaking roles in top-grossing Hollywood films.

Dreamworks could be using this film to help provide opportunities for Asian-American actors in a market with few opportunities for them to shine -- please sign the petition asking them to reconsider casting Scarlett Johansson in Ghost in the Shell and select actors who are truer to the cast of the original film!

Help save this generation's Batman Beyond!

What a Lovely Bouquet