The Future is Now: HBO NOW Has Officially Arrived

HBO is offering a free 30-day trial through iTunes, after which each month of the streaming service will cost $14.99, but free you from the guilt of borrowing someone else's HBO Go password.

The service has arrived just in time for the premiere of season 5 of Game of Thrones.  Hopefully it fares better than HBO Go did for a lot of last season: 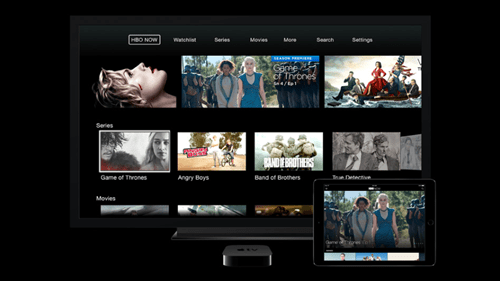 Via The Daily What
Repost
Recaption

The day has finally come. You can now watch Game of Thrones without stealing your dad’s HBO Go password or stealing it online.

It launches in April, just in time for the fifth season of “Game of Thrones,” as the company points out in their press release.

Anyone can download the HBO Now app to their phone and purchase the subscription for $14.99 per month. The service is premiering “exclusively” on Apple TV, iPhone and iPad, but the shows can also be viewed on your computer once you have registered at HBONOW.com, according to the announcement.

HBO is also offering a 30-day free trial to people who sign up through Apple, and the price of Apple TV was reduced to $65.